Touring Stockholm by Boat during the 2014 Nordic trek to Netherlands, Denmark, Sweden, and Finland.

We strive to prepare our students to meet future social, cultural, and technological challenges by becoming globally competent and culturally sensitive citizens with an expanded understanding of the multifaceted international interconnectedness of today’s world.

Travel abroad introduces our students to architectural discourse across an expanding spectrum of place and time—from Europe to Asia to South America, and in diverse cities—from Amsterdam to Istanbul. The emphasis on culture in architecture is a platform from which to collaborate, at unprecedented levels, in transcontinental and cross-disciplinary investigations. Among these opportunities, the School of Architecture and Urban Planning is working in close partnerships with universities, organizations, and practitioners in such countries as Austria, Chile, France, Germany, Holland, Japan, and Ukraine. A limited mapping of recent years reveals over forty national and international destinations that architecture students and faculty have visited and researched together. This cultural curiosity illuminates the School’s tremendous appetite to understand the global position and contexts from which architects must operate.

Workshops, lectures, fieldwork, and visits to notable sites, both well known and off the beaten path, are all part of the experience. While the focus of these studies is on architecture, historic preservation, and urban design, there are opportunities for students to experience and enjoy the local culture of these wonderful places. SARUP faculty administer the programs and accompany students on their travels.

Japan 2022 is an intensive four week course of study directed by Professor Matthew Jarosz and is designed to introduce students to important architectural and urban artifacts in Tokyo, Osaka, and Kyoto, and to examine the cultural context that shapes and informs them. Organized as a carefully calculated mix of old and new, students undertake a hands-on study of landmark buildings and urban spaces while simultaneously exploring cultural themes around the conflicts of modernism and heritage. Excursions to Kobe, Nara, Yokohama, Nagoya, Himeji, Nikko, Kanazawa, and Shirakawa follow similar themes. A one week field study in Kaga, Gokayama, Kanazawa or Miyama in mountainous central Japan, as well as a one-day excursion to seaside villages, elevate the study tour experience through collaborative workshops with local educators and craftsmen. The course includes recommendations for independent excursions to Mt Fuji and visits to Hiroshima and Nagasaki with an examination of culture, architecture, and urbanism.

Professor Matthew Thomas Jarosz is best known for his architectural design work related to historic preservation. By combining his teaching and research with his involvement in community preservation projects, he has provided extensive opportunities for students to apply and expand academic learning. Students are challenged to understand preservation as a philosophical as well as technical field. His courses and research have included all areas of preservation from public policy, building documentation, heritage identification, preservation guidelines creation, conservation techniques, adaptive reuse, and economic feasibility. Matt has served as the coordinator of the Certificate in Preservation Studies program at SARUP since 2001, a focused area of study for Masters of Architecture students. He has also chaired Milwaukee’s Historic Preservation commission over the past 25 years of service.

As heritage preservation continues to expand throughout the world, Matt has focused his research and teaching interests on the matter of international initiatives and collaborations. While European-based attitudes about preservation are at the core of the program, Asian approaches are becoming an important field-study option for students. Since 1996 Matt has offered summer preservation study trips to Japan for 3 to 9 credits. Along with the students at UWM SARUP, trips are also open to students from other universities and have included participants from Harvard, Parsons, Pratt, Georgia Tech, UW, UIC, University of Illinois, and MIAD. This collaborative approach has successfully created student/instructor exchange programs at home as well as with universities in Japan.

The Japan trip has been a unique opportunity among schools of architecture in the US to study modern and pre-modern eastern architecture from an insider’s perspective. Professor Jarosz’ research focuses on urban morphology, historic building details, vernacular architecture, and the art of integration with the past. He regularly instructs graduate and upper-level undergraduate design studios and seminars at UWM. He has lectured internationally at Kogakuin University, Osaka University, Setsunan University, Osaka Institute of Technology, Wakayama University, and Ballarat University in Australia.

Cuba
For the past four years, the Urban Planning program has offered a January study abroad to Cuba. The program is led by Michael Martin, whose day job is with the US Department of Housing and Urban Development. Michael specializes in Latin American urbanism.

In 2016, a group of 12 UWM students and faculty were joined by 8 non-UWM students from the University of New Orleans, Iowa State, Tufts, GA State, and San Jose State. The diverse mix of the group contributed to an experience that left a lasting impression on everyone we met with in Havana.

The program is an intense study of the City of Havana and the forces that have shaped it for the last 500 years. The academic focus of the program includes: Historic Preservation of eighteenth and nineteenth century colonial buildings in Havana Vieja and Havana Centro; the development of urban agriculture and sustainable urban farming in Havana; and the eclectic architecture style of Havana.

In 2016, the visit to Instituto Superior Politécnico Jose Antonio Echeverria, ISPJAE/ CUJAE (the Urban Planning School of the University of Havana) was especially eventful. We were able to meet with faculty and give them a wonderful collection of rare maps from UWM’s own AGS collection! This gift was received with love and enthusiasm. In addition, we began the first stages of preparing a Memorandum of Intent (MOI) to link ISPJAE/CUJAE and UWM’s programs in urban planning, architecture, and other disciplines for future collaborations.

Paris and London
This intensive six-week course of study is designed to introduce students to important architectural and urban artifacts in Paris and the Ile de France, and also to examine the cultural context that shapes and informs them. Structured as a carefully calculated mix of old and new, students undertake field study of canonic buildings and urban spaces in western thought about architecture, while simultaneously exploring cultural themes around the conflicts of modernism and heritage. A three-day excursion to La Tourette and Ronchamp in the south of France, as well as a two-day excursion to walled cities on the Atlantic coast of Normandy follow similar themes and are offered as part of this field study. The course includes an optional London excursion led by Dean Greenstreet with a three-day examination of architecture and urbanism in this city that gave the world high-tech architecture and the Beatles.

To see the spires of Chartres cathedral from 18 miles away….
To see the sun set over Louis XIV’s grand canal….
To sit in Hemingway’s chair at Le Dome…
To watch the end of the Tour de France under Napoleon’s Arc de Triumphe….
To be driven up into the Ile of Mont St Michel by the tide….
To study the chateau Louis XIV built for his brother who tried to kill him….
To walk in the living room of the Villa Savoye…..
To ring Quasimodo’s bell…..
To watercolor in Monet’s Giverney garden…..
To climb Eiffel by foot….
To visit a cemetery for pets only….
To write about the Paris of Hugo and Dickens….
To buy a hot baguette at dawn….
To visit Jim Morrison’s grave….
To row a boat on Louis XIV’s canal….
To lay roses on the tombs of Abelard and Heloise….
To see Mona Lisa….
To be at the Bastille on Bastille Day….
To visit the chateau of Dumas’s Man in the Iron Mask….
To walk Charles de Gaulles victory march at the end of WWII
To read Napoleon’s code of law in his crypt at Invalides….
To walk in the ruins of Roman Paris….
To watch a film noir under the stars at La Villette…. 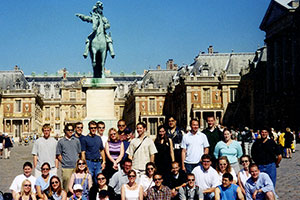 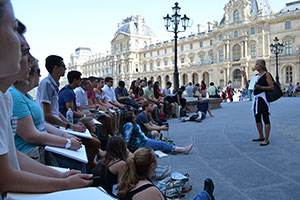 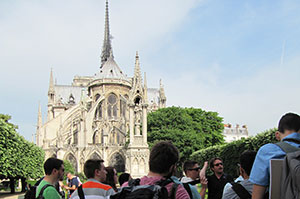 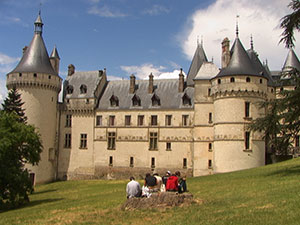 Nordic Trek
The modern architectural masterworks are sometimes grouped loosely into a category referred to as Scandinavian Romantic Modernists. With a greater attention to materiality, tectonics, illumination, and generally what might be considered a more humane approach to architecture this work is contemporary with works by Corbusier, Mies, and others but has a stronger material-oriented tradition. In addition to the early modernists there is a lot of contemporary cutting-edge work coming out of the Nordic Countries. In terms of older works, we will be looking at vernacular architecture including wood stave churches which are masterworks of assembly but much rougher and less refined than the gothic cathedrals of Europe. Some of these wooden structures are upwards of 1000 years old. Architects we will focus on include: Jorn Utzon, Bjark Ingells Group (BIG), Julian de Smedt, Snohetta, Alvar Aalto, Erik Gunnar Asplund, Elliel Saarinen (father of Eero), Sigurd Lewerentz, Steven Holl, Tham & Videgard, Lundgaard Tranberg, Sverre Fehn, Peder Celsing, and many others!

We will visit Denmark, Norway, Sweden, and Finland. We will have anchor cities in each country including Copenhagen, Oslo, Stockholm, and Helsinki. However in both Norway and Finland there will be significant inter-country travel by bus north to the Fjords in Norway and through the forests of Finland. We will also take a ferry (ocean liner really) from Sweden through the archipelago to Finland. The program will start in Copenhagen and end in Helsinki. 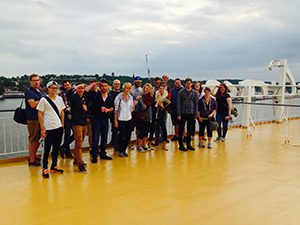 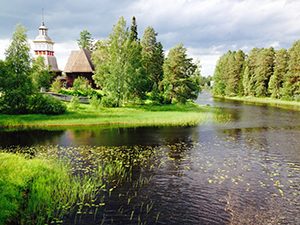 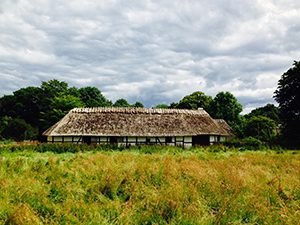 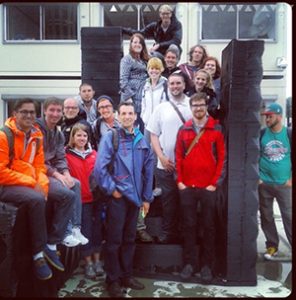 This intensive eight week course of study directed by Gil Snyder and Bob Greenstreet is designed not only to introduce students to important architectural and urban artifacts in Paris, Florence, and Venice, but also to examine the cultural context that shapes and informs them. Structured as a carefully calculated mix of old and new, students undertake field study of canonic buildings and urban spaces in western thought about architecture, while simultaneously exploring cultural themes around the conflicts of modernism and heritage. Excursions to Siena, Poissy, Versailles, Vaux-le-Vicomte, and Chartres follow similar themes. A two-day excursion to Lyon and La Tourette in the south of France, as well as a three-day excursion to walled cities on the Atlantic coast of Normandy follow similar themes and are offered as part of this field study. The course includes an optional London excursion with a three-day examination of architecture and urbanism in this city that gave the world high-tech architecture and the Beatles.

Japan
This foreign study trip offers students a unique experience in the principles of historic preservation as practiced in a non euro-based environment. The loss of older and historic buildings in all countries has reduced our collective sense of identification with the past. The challenges faced in Japan (and Pacific-rim countries in general) offer us an entirely new and untapped source of information and collaboration. Lack of buildable land area, introduction of high-tech materials and construction methods, and diverging attitudes about the role of history and historic buildings, present us with preservation challenges of the highest order. Through the assistance of several Japanese universities, we will engage in a unique educational experience that will study architectural design and historic preservation both as public policy and as building construction. 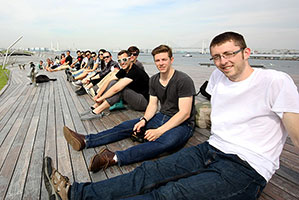 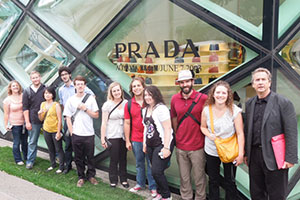 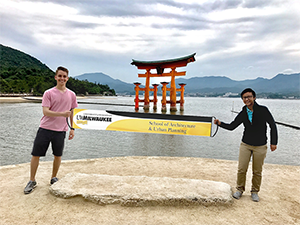 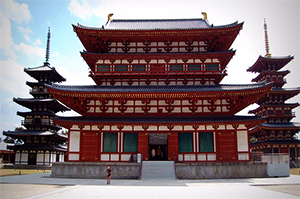 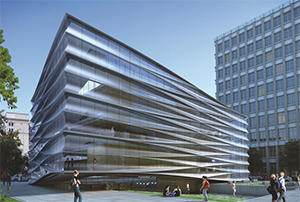 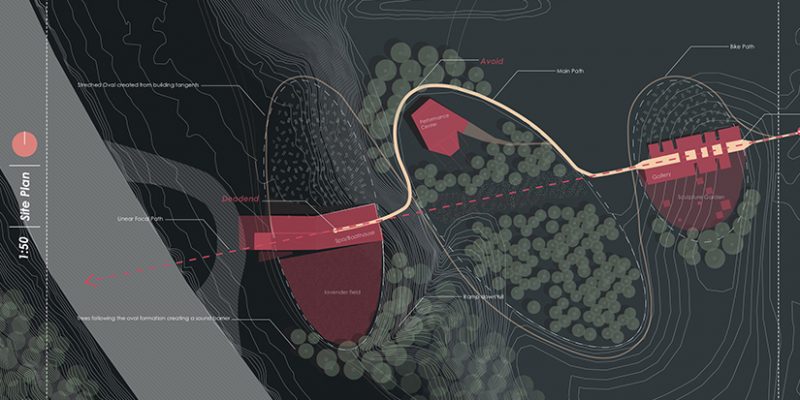 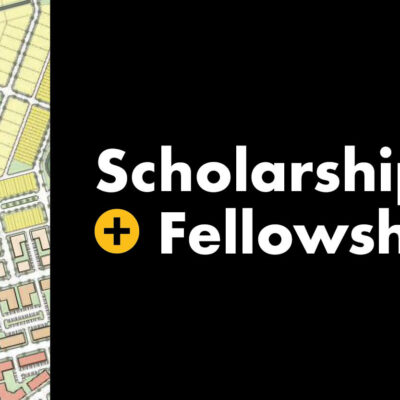 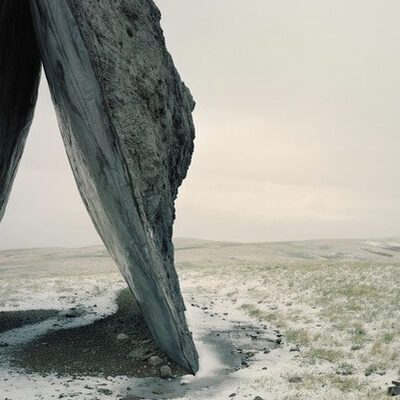