By sketching ideas of urban extents, urban patterns and different grid patterns, I was able to establish a language of elements that could work together to compose the buildings form. By investigating these different urban conditions certain trends seemed to pop up from the cities already pre-existing infrastructure. Building off of these trends the building itself started to directly correspond to what the city is telling you it needs and establishing a ‘base’ (vertical mapping/the grid) for it to thrive out of. Vertical mapping’s concept is rooted in these urban conditions and how they can work together to form a vertical grid and therefore, a vertical city. A vertical city that can thrive in its context and in itself. The building’s symbol lays in the most basic grid to act as a armature so that depending on what the vertical city needs space for next, the building has already established a basis to build off of as the city grows; becoming a living, breathing and growing city that is a direct result from its inhabitants.

Much like a city has many different cultures that make up the city as a whole. All forms seek to work together to form these intricate and delicate spaces throughout the building. Particular spaces that give different parts of the building its own identity. A breathing, active and living building that directly identifies with the city that created it. From the building form itself all the way to details of the interior restaurant enclosures or even ceiling grids.

-based on urban conditions
-breaks down the complex relations of typical urban mapping and planning
-looks into Chicago’s important geographical factors and how they are mapped and then uses these conditions in a vertical manner to create the program
-the result is a vertical community that is rooted in its context derived from its concept and vice versa. 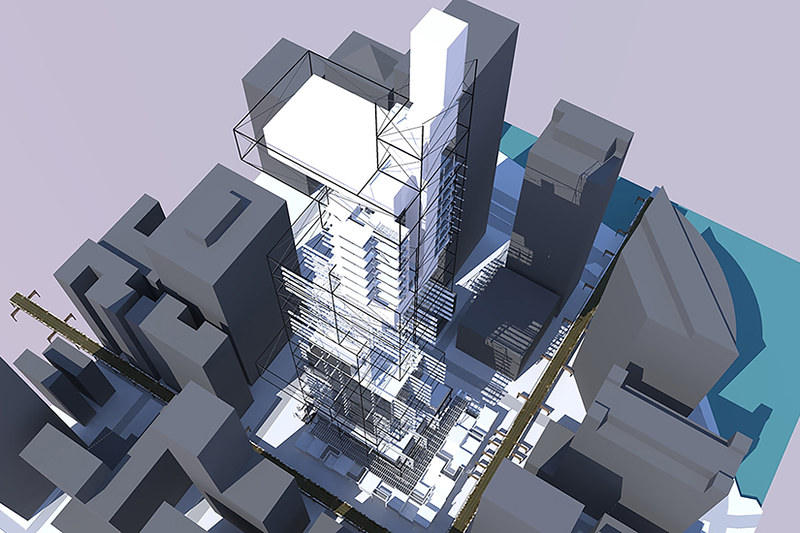 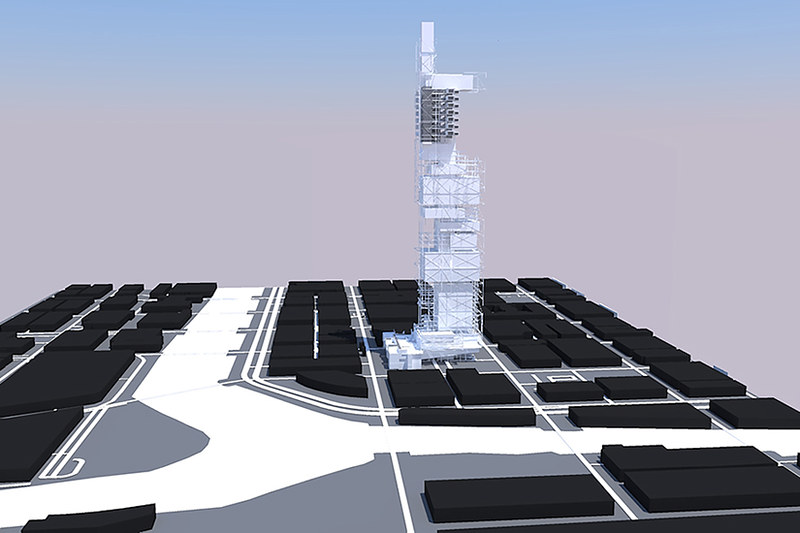 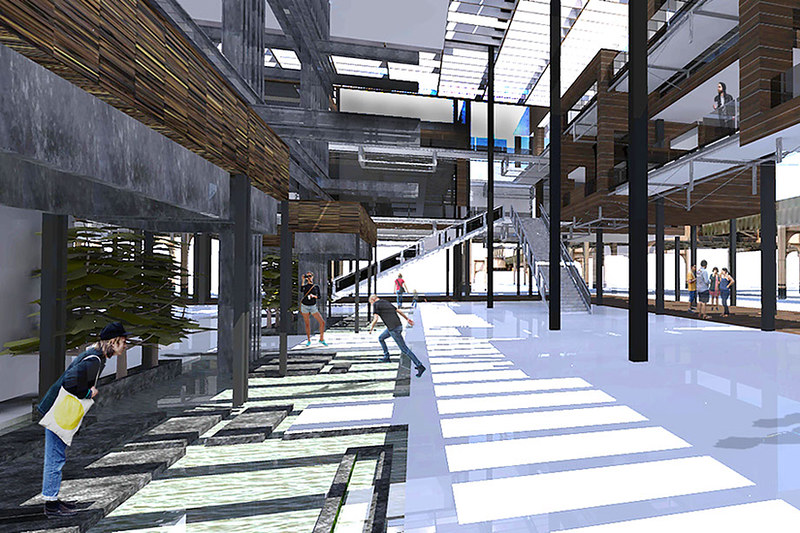 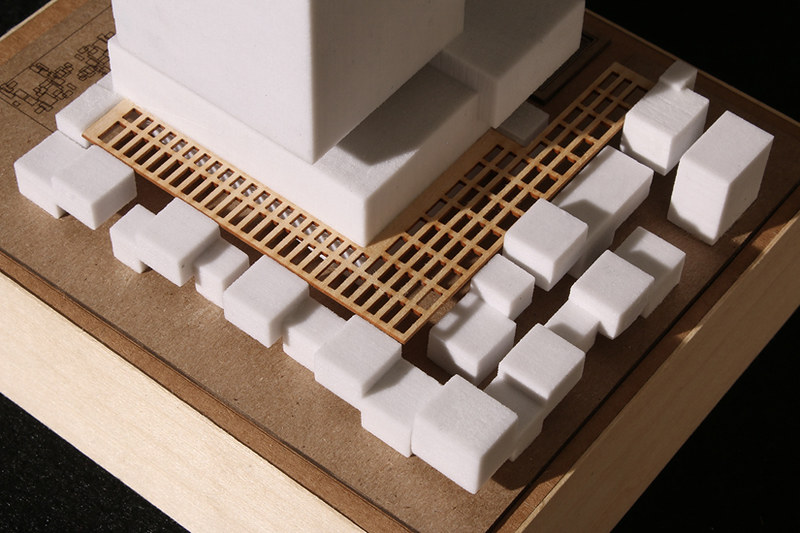 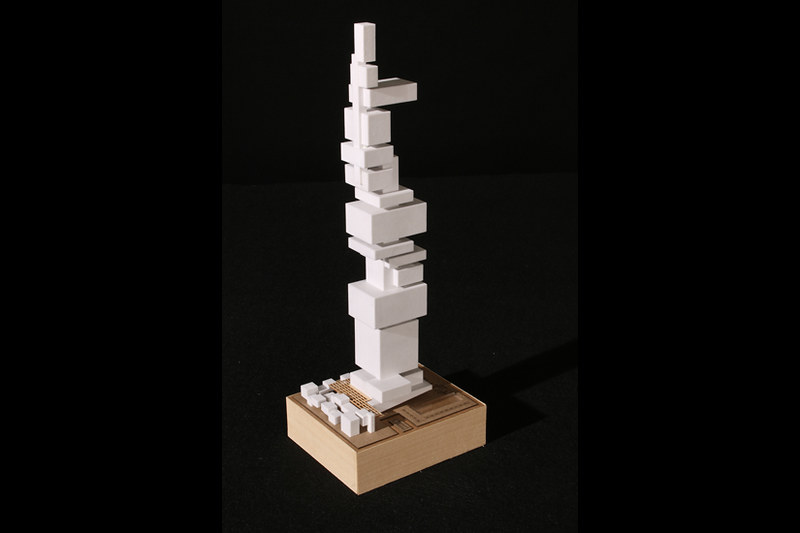 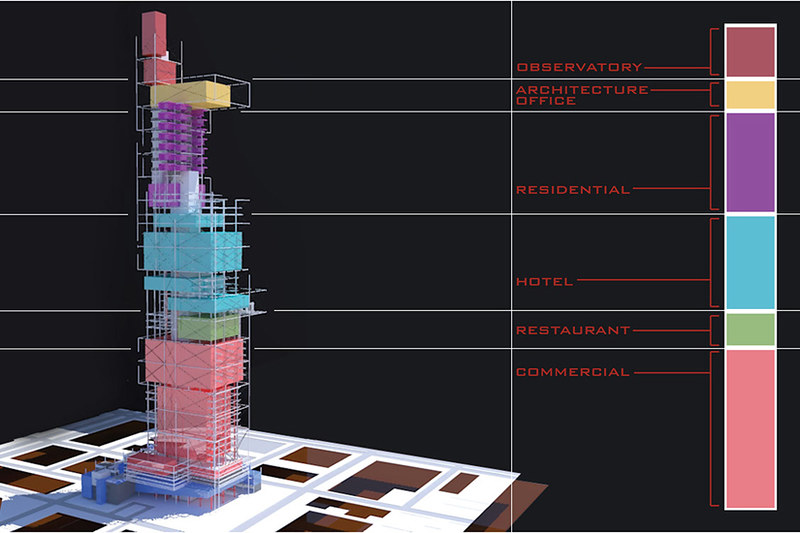 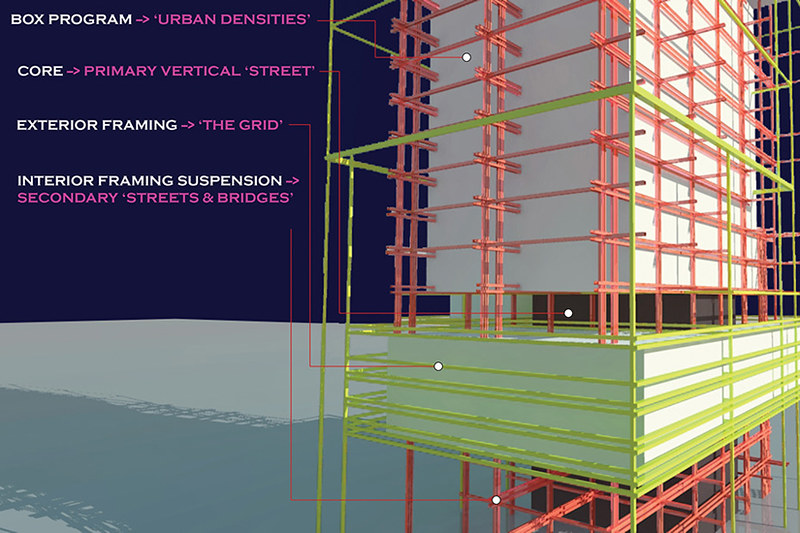 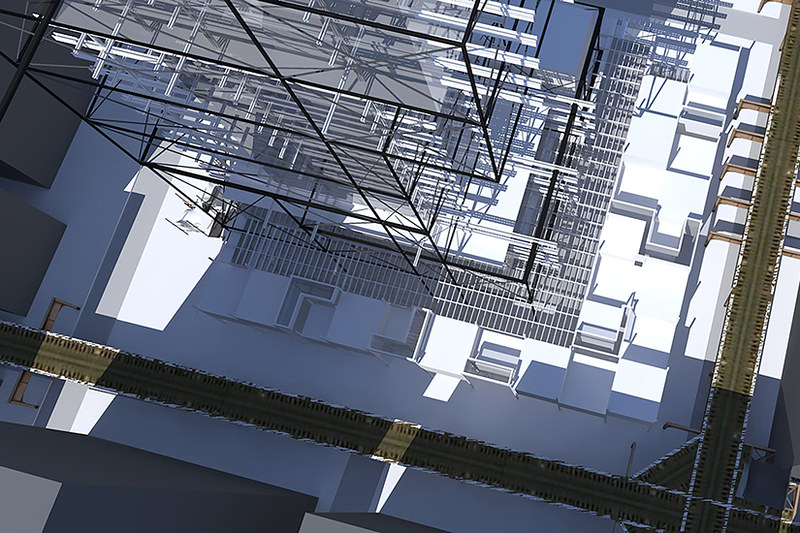