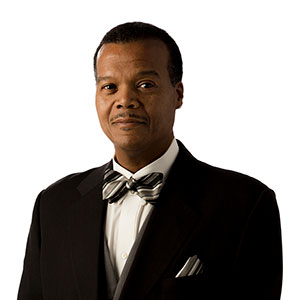 Kirk E. Harris is a faculty member in the Department of Urban Planning, in the School of Architecture and Urban Planning. Dr. Harris' academic interests are focused on racial and economic equity and the historical, systemic, and policy-based practices that undermine racial and economic justice in African American and low-income communities of color. As an urban planning practitioner Dr. Harris’ practice is guided by efforts to advance social justice and equity. Dr. Harris has served on the National American Planning Association’s (APA) Social Justice Taskforce and served as the initial spokesperson for APA’s launch of its national campaign that seeks to encourage planners to embrace social justice in the execution of their planning practices (the initial campaign video in which Dr. Harris is featured is at: https://www.youtube.com/watch?v=YXVtkdQfZDM). Dr. Harris teaches, engages in practice and/or writes about issues that involve racial and economic equity, the pedagogy of social and economic justice, constitutional issues in planning law, mediation and negotiation in planning practice, urban planning theory and practice, and democratic and inclusive community engagement.

Dr. Harris’ career has provided him with a broad breadth of experiences. As Founder and President/CEO, Dr. Harris is presently leading a new research, practice and policy initiative, Parent and Community Technology and Law Center (PACT) (www.pactlawcntr.org), focused on community-building and family strengthening in Black and Indigenous Communities of Color. Previously, as Co-Designer and CEO Dr. Harris led a research, practice and policy initiative in Chicago, Fathers, Families and Healthy Communities (FFHC). This family strengthening and community development initiative seeks to support and promote the engagement of low-income African American fathers in the lives of their children, families, and communities. Finally, Dr. Harris served as the first Director of the Center on Fathers, Families and Public Policy that functioned as the policy-arm of the Fragile Family Initiative, one of the nation's longest operating demonstrations and research initiatives focused on low-income fathers and their families. Dr. Harris’ applied community action research initiative, entitled the Black Men and Boys Community of Practice, was featured in the UWM Research Magazine.

Over the course of his career, Dr. Harris, who once practiced as a Legal Service lawyer, has sought to advance policies that support vulnerable families and communities. Dr. Harris is a leading advocate on issues of Child Support reform in Illinois and has been appointed to and serves on the state's Child Support Advisory Committee (CSAC) that provides recommendations in support of statewide policy and practice reforms advanced by Illinois' IV-D Child Support Agency. Presently, Dr. Harris serves as the Chair of the Clean Slate Subcommittee of CSAC that is working to revise the state's debt-compromise program to mitigate the role that child support debt plays in undermining the self-sufficiency of parents. This reform effort will also seek to eliminate the wedge that child support debt creates between children and their parents who have difficulty meeting their child support obligation. Dr. Harris was also the lead advocate responsible for the passage of Illinois Senate Bill (SB-2340) that expanded the state's "pass-through" provisions that resulted in more of the child support paid into the child support system passing to the custodial parent.

Dr. Harris is a proponent of youth development, and for his leadership in that area The Wisconsin Daily Reporter named Dr. Harris Architectural Leader and Newsmaker of the Year for his groundbreaking work related to the development of the School of Urban Planning and Architecture (SUPAR), a charter public high school that leveraged a project-based learning curriculum focused on serving and retaining vulnerable urban youth in high school.