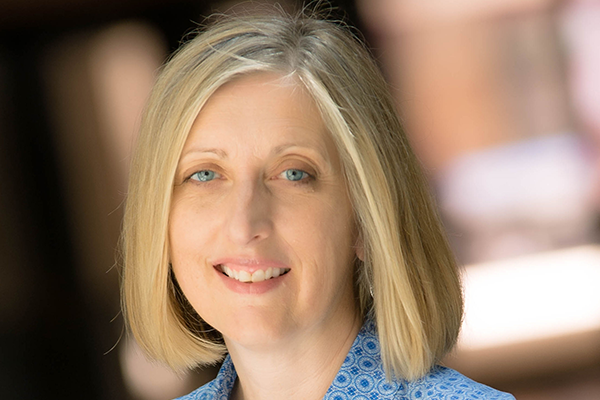 Carolyn Esswein has achieved the planning profession’s highest honor—being named to the prestigious College of Fellows of the American Institute of Certified Planners (AICP). Esswein is Professor of Practice in the Department of Urban Planning and Director of Community Design Solutions in the School of Architecture and Urban Planning at the University of Wisconsin-Milwaukee.

Her interdisciplinary approach to planning has changed the lives of students, advanced planning engagement, and strengthened neighborhoods and cities.

One of the letters in support of Esswein’s selection as a Fellow cited some of her prior awards, including several Mayor’s Design Awards from the City of Milwaukee, 2020 Best Practice for inclusive planning for Madison’s Historic Preservation Plan, 2019 MANDI navigator finalist award and 2015 UWM Community-Based Faculty of the Year, along with her leadership in award-winning community improvements.

Another supporter cited Esswein’s work training planning students through direct, hands-on work with community members, saying, “Neighborhoods around the city have benefited from creative thinking and strong visual representations to help them imagine and plan changes.”

SARUP Interim Dean Nancy Frank refers to Esswein’s work as a faculty member and director of Community Design Solutions as “among the best examples of the value UWM brings to Milwaukee.” The CDS website illustrates the work that students produce for community clients. Esswein engages students, works in partnership with local both local governments and under-served neighborhoods in southeast Wisconsin, and makes lasting positive change in people and places. “I can think of no one more deserving of recognition as a Fellow of AICP than Carolyn,” said Dean Frank.

Prior to joining SARUP full-time in 2012, after serving as an adjunct professor for ten years, Esswein was a principal and co-owner of the celebrated Planning and Design Institute in Milwaukee and an Associate at GRAEF, a large planning, design and engineering firm. Esswein continues to practice through her firm Ce Planning Studio.