Congratulations are in order for Amy Klemmer and Allison Kotowicz. Amy Klemmer, received a Graduate School Distinguished Graduate Student Fellowship to support her ongoing research on prehistoric fishing strategies practiced along the coast of Ecuador and the potential impacts of… Read More

Alum Rick Edwards will be presenting his research about the indigenous people and civilizations in the Lake Mills area, on Saturday, March 21, 2 p.m. at the Lake Mills City Hall, Community Room, 200 Water St. Follow the link below… Read More

Dr. Perley recently visited Oberlin College in Ohio and was interviewed by the school paper. Follow the link below to the interview: Dr. Bernard C. Perley, Cartoonist and Anthropologist

Lake Effect’s Joy Powers chats with Thomas Malaby about the history of role-playing games and what they say about our society.

Follow the link below to listen to the interview! Dungeons & Dragons’ Wisconsin Roots & The Evolution Of Role-Playing Games 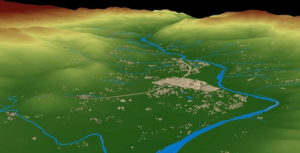 This Saturday, December 7th is the next lecture in the AIA series. In this lecture Dr. Landau addresses the questions of how political leaders come to power and why others choose to follow. This talk examines the dynamics of political integration between the neighborhood of San Lucas and the central government of Copán, a UNESCO World Heritage Site in Honduras. The ancient city of Copán is unique for its 200 years of intensive research on temples and tombs, and the decipherment of Maya hieroglyphic writing. This extraordinary work has revealed a wealth of information about the history and politics of Maya royalty. However, archaeologists understand much less about everyday life for the majority of people living outside of the city center. Mapping and excavation in the urban neighborhood of San Lucas reveals how ancient residents actively negotiated with the top-down power strategies of Copan elites. This bottom-up approach has also inspired grassroots collaboration with an indigenous high school to teach a year-long introductory anthropology course; which highlights how major anthropological questions are relevant for past and contemporary people. 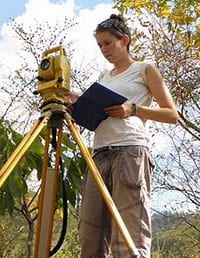 Kristin Landau (PhD, Northwestern University) is Assistant Professor of Anthropology at Alma College. Since 2005 she has conducted community-based archaeology at the ancient city of Copán, Honduras, a UNESCO World Heritage Site. Specifically, she investigates the dynamic relationship between centralized power and everyday life within Copán’s urban neighborhoods, providing a bottom-up perspective to questions of state formation. She also works collaboratively with local indigenous leaders to promote science and heritage education. By linking past and present, she highlights how archaeology is relevant for contemporary people.

Lake Effect’s Joy Powers chats with Thomas Malaby about the history of role-playing games and what they say about our society.

Congratulations to Emma Eisner and Katrina Schmitz who won the student poster award at the Wisconsin Federation of Museums conference in Horicon, WI this past weekend. Both chose a topic based on their thesis. Both were so good the judges… Read More

Abstract:
The Defense POW/MIA Accounting Agency (DPAA) is tasked with providing “the fullest possible accounting” to the families and the nation about the more than 82,000 Americans who remain missing or “Unknown” from WWII through the Gulf Wars. Of this figure, approximately 1,588 are the result of the Vietnam War. While this is a small fraction of the total cases, they never-the-less receive substantial attention from the DPAA staff, who must research, investigate, and excavate “incident” sites; and when successful, identify recovered remains. For the forensic archaeologists directing the field studies, the work is challenging, exciting, frustrating, and satisfying, as they will encounter conditions—scale, work pace, topographic setting, expectations, and goals—rarely experienced at traditional archaeological sites and certainly never discussed in grad school. Often the skills of the archaeologist, as well as the rest of a recovery team, is what bridges the gap between historical research, and the recovery and identification of a missing service member, whether the individual is from the Vietnam War or another conflict falling under the purview of DPAA. Michael M. Gregory is an archaeologist with SNA International and a Board Member of the non-profit Camp Douglas Restoration Foundation, Inc. He holds degrees from Arizona State University (PhD and MA) and Washington and Lee University (BS). Being a historical archaeologist by choice, his primary research interests are the early suburbanization of Chicago, economic practices of 19th-century rural America, and Civil War prisoner-of-war camps. As a member of SNA International, he directs forensic recovery and investigative excavations for the Defense POW/MIA Accounting Agency (DPAA) in Southeast Asia. Prior to this position, he taught at DePaul University and directed Cultural Resources Management studies in the American Midwest, Southwest, and Mid-Atlantic regions. Over his varied career, the DPAA missions have proved to be the most challenging, engaging, and fulfilling/discouraging work he has undertaken.

Professor Bettina Arnold and PhD candidate Josh Driscoll presented papers at the Premodern Food Conference in Minneapolis, October 17-19 Follow the link below for more information about the conference and their research! Premodern Food Cultures Conference