Watch the video below! https://uwm.edu/news/video/anthropologist-brews-iron-age-beer/

Join us for our next UWM Anthropology Colloquium!

Professor Porter is a biological anthropologist who studies primate behavior and ecology. Her research focuses on South American monkeys, particularly small-bodied tamarins, marmosets, and callimicos. She has studied diet, habitat use, and parental care, and the evolution of social behavior among primates. Professor Porter participates in on-going field research and conservation efforts in the tropics of Bolivia.

Interested in having dinner with Dr. Porter afterwards? RSVP to Paul Brodwin (brodwin@uwm.edu).

Between the Steppe and the Sea: Scythians, Taurians, and Greeks in Crimea

Description: For more than three thousand years, the Crimean peninsula has been a meeting point for different worlds: the nomadic world of the great Central Asian steppe, the trade routes leading over land from the Middle East and Anatolia, and the interconnected maritime environment of the Mediterranean. These diverse currents were particularly entangled during the Iron Age, when the local population – known to the Greeks as the bloodthirsty Taurians – met, on the steppe side, Scythian horsemen, and on the sea side, Greek sailors establishing cities and trading posts along the coast. And these Greeks and Scythians met each other, too, eventually forming hybrid societies like the Bosporan Kingdom in eastern Crimea.

This talk will discuss the demographic and cultural transformations that took place in Crimea between the 7 th and the 4 th centuries BC, transformations that saw some of the most spectacular works of Greek metalsmiths deposited in the kurgan burials of Scythian princes. I will focus on the effects of culture contact on these diverse societies, with a particular focus on the western side of the peninsula, where, as part of UT’s Institute of Classical Archaeology, I carried out fieldwork and heritage management at the Greek city of Chersonesos between 2002 and 2011. I will also explore some of the more recent cultural interactions in Crimea, which finds itself once again contested between cultural forces both opposed to and deeply entangled with each other. 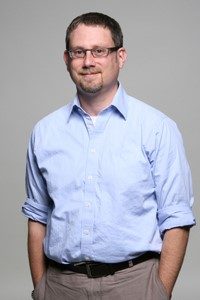 Adam Rabinowitz is Associate Professor in the Department of Classics at the University of Texas, and also Assistant Director of the Institute of Classical Archaeology there. His research interests are Greek colonization, cultural interaction, ancient food and drink, archaeology of daily life, and digital approaches to archaeology. He is a field archaeologist with twenty-five years of archaeological field experience at Greek, Roman, and Byzantine sites in Italy, England, Israel, Tunisia, and Ukraine, and has published extensively. Professor Rabinowitz is also involved in several digital humanities projects related to the linking and visualization of information about the Classical past, including Pleiades, GeoDia, Hestia 2, and PeriodO.

“Planet Texas 2050” is the first theme of the UT-Austin Bridging Barriers grand challenge initiative.  In this project, research teams will use interdisciplinary research into past societies to advance a larger research effort focused on building resiliency to the rapid urbanization and extreme weather in Texas.  This talk explores how to integrate digital data from a variety of heterogeneous — and sometimes incommensurate – sources in the context of interdisciplinary research. 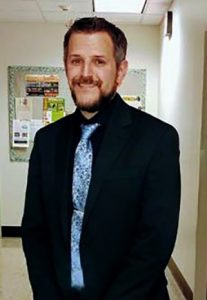 Late Prehistoric of the Great Lakes region was a time of significant cultural and environmental shifts. The relatively sudden arrival of Middle and Upper Mississippian material culture in the archaeological record is associated with cooling temperatures, fluctuating rainfall, aggregated populations, and a significant reliance on agricultural foods.These changes brought new challenges, particularly associated with food security. The research presented here explores the ways that these risks were mitigated in the Koshkonong Locality of southeastern Wisconsin, and how these strategies affected daily life and both inter and intragroup politics. A combination of paleoethnobotany, zooarchaeological isotopes (canine surrogacy approach), and landscape analyses were used to interpret Koshkonong risk management systems.

Description: This presentation highlights the technology and tool types that masons and sculptors employed at Mycenae to produce some of the most well-known monuments in the Aegean Bronze Age. Analysis of preserved tool marks on the Lion Gate relief, Treasury of Atreus, and the Tomb of Klytemnestra reveal phases of construction, specific artisan choices, and variable stone-cutting techniques. My analysis of Mycenaean tool patterns reveals that palatial centers managed metal resources at the end of the Bronze Age, including finished products like tools. A natural question stemming from this observation is whether or not masons at Mycenae experienced some autonomy. Or did the state micromanage them and their projects—as the disbursement of work implements might imply? 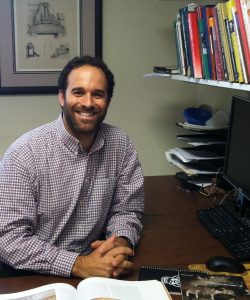 Nicholas Blackwell is the Schrader Visiting Assistant Professor in the Department of Classical Studies at Indiana University, Bloomington. With a Ph.D. from Bryn Mawr College, he has been a research fellow at the W.F. Albright Institute of Archaeological Research in Jerusalem, the Assistant Director of the American School of Classical Studies at Athens (ASCSA), and a Postdoctoral Teaching Scholar in the Department of History at NC State University.

His research addresses the archaeology and material culture of Greece and Cyprus, particularly during the Bronze and Early Iron Ages. Dr. Blackwell’s doctoral and postdoctoral focus on metal tools, technology, craftsmanship, stone-cutting techniques, and metallurgy highlight his desire to better understand intercultural relations and connections across the Aegean, eastern Mediterranean and Near East during the latter half of the second millennium BC. Dr. Blackwell’s articles and book reviews have appeared in Antiquity, the American Journal of Archaeology, the Journal of Mediterranean Archaeology, the Journal of Near Eastern Studies, and the Bryn Mawr Classical Review. He is currently working on a book project entitled: Before Daedalus: Tools and Elite Stone Working in the Mycenaean World.