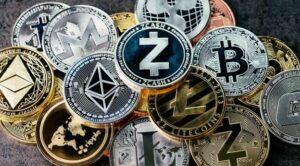 Currency, in all its various forms, has been utilized by civilizations throughout history to put value on goods and services, trade these goods and services, and display wealth in all types of physical manners. Early in human history, currency was a physical object, such as beads and shells. Then, it became gold coins and paper bills that could be printed by government treasuries. Still, money was a physical object. Yet today, both digital currency and cryptocurrency have changed this need for tangible monetary notes.

With the widespread use of credit cards in the 1970s and 1980s, digital money started to become common. Instead of bills, digital money was removed from your real bank account to represent what you’d spent. Monthly bank statements showed you the debits and credits from your accounts, but the physical bills became less important.

With the advent of cryptocurrency, even this process has changed. Rather than a relationship from one bank to another (such as your own and that of the store you’ve just purchased groceries from), blockchains, a list of transactional records stored and maintained by cryptocurrency computer networks, ensure the movement of money, and keep the same digital balance from being spent multiple times.

These changes have vastly revolutionized what can be considered money and where and how to spend it. But what does this mean for the average person? How can cryptocurrency, which lacks the qualities of traditional money, become a normal practice? Some anthropologists have criticized the currency form because money and exchange require trust: we trust that our money will have value tomorrow or in 10 years and we trust that the banks who house our money will keep it safe. While there will always be innovators and early adopters willing to try out new technologies, it remains to be seen how these cryptocurrencies, which compete even with each other, can be integrated on a larger scale for populations beyond the upper 1%.

For more information on this subject, please follow the link.

What is Space Archaeology?