Visit uwm.edu/sce/coronavirus for information about spring 2021. 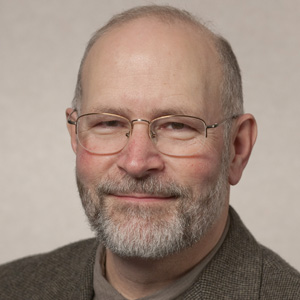 Kim Beck has been responsible for the Osher Lifelong Learning Institute at UW-Milwaukee in one way or another for the past 16 years; the last seven, serving as its executive director. Honored and humbled to be a part of the... Read More

Professor Emeritus Patrick Bellegarde-Smith received his doctorate in international politics and Latin American history from The American University in 1977. He taught in the field of international development, political economy and culture, then later, at the University of Wisconsin-Milwaukee, in... Read More

Rachel Ida Buff is a writer and immigration historian. Her most recent book, “Against the Deportation Terror: Organizing for Immigrant Rights in the Twentieth Century” came out in 2017. She is currently working on a project titled “A is for... Read More

Jennifer Jones currently serves as the director of the Change in Mind (CiM) Institute at the Alliance for Strong Families and Communities. The Change in Mind Institute, with funding from the Robert Wood Johnson Foundation, is being created to serve... Read More

David Kroese, of Loves Park, Illinois, is one of about 50 people known to have visited all 419 National Park Service sites and author of the first published narrative introducing all the NPS units and national trails, “The Centennial: A... Read More

Alex Lasry is senior vice president for the Milwaukee Bucks, where he directs the team’s digital marketing efforts and leads the company’s development initiatives. Alex was instrumental in the Bucks re-brand and the historic public-private partnership for a new arena... Read More

Dr. Tony Piparo has been a Performance Psychologist for the past 30+ years. He works with athletes, business professionals, students, and everyday people deal with the ravages of stress and anxiety. His degrees include a BS in Science Education (UWM),... Read More

Kathy has been using Apple devices since the early 1980s. She enjoys figuring out how all the cool things that computers can do for you.

Paying For Your Education