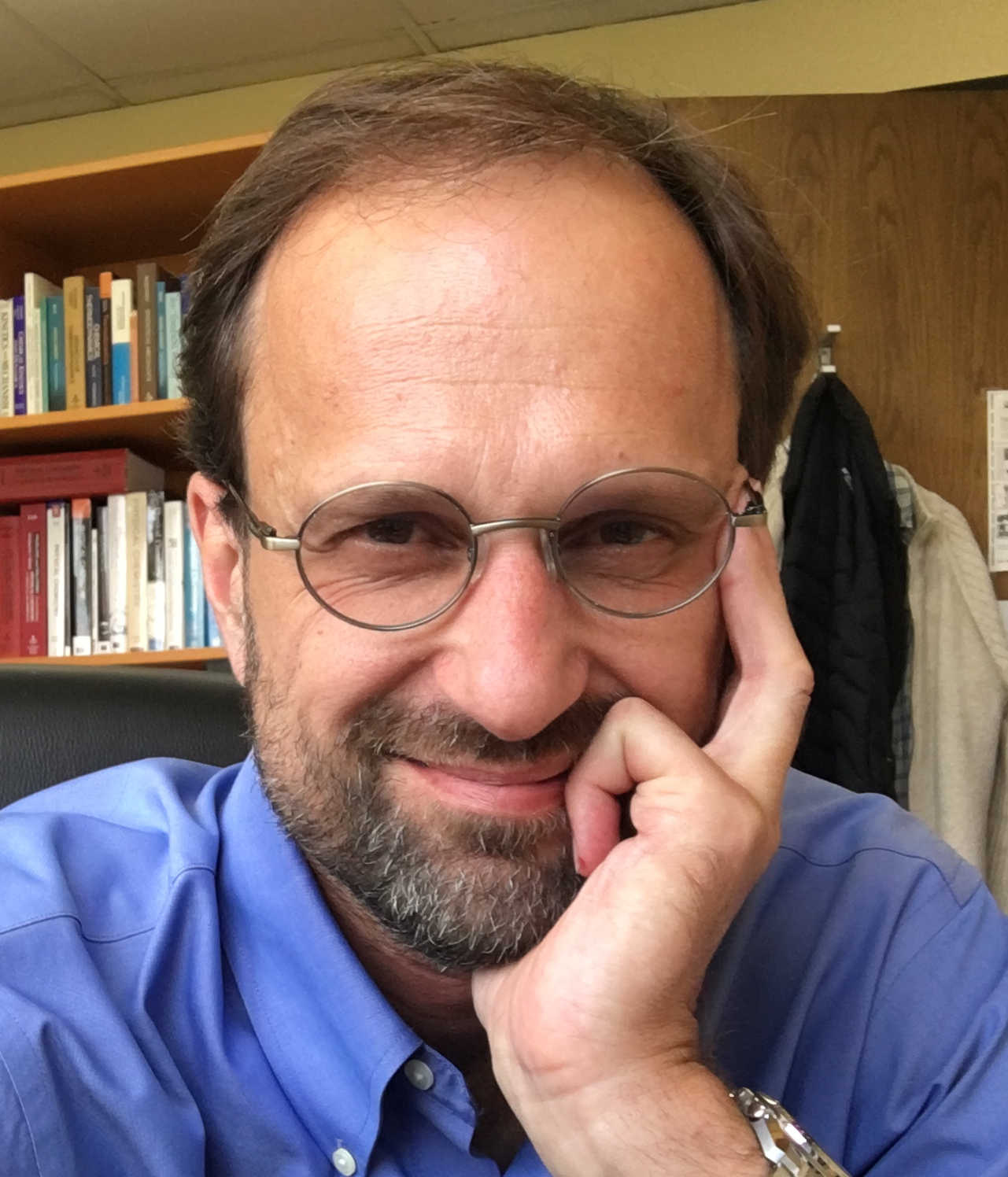 PhD, University of California at Riverside 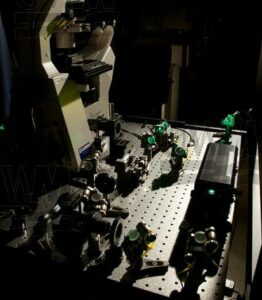 Located at the crossroads of biophysics, optical imaging, nanoengineering, and ultrasensitive analysis, research in the Woehl Lab is interdisciplinary by nature. It centers on how molecules use their innate electric fields to communicate with each other and how, in turn, we can use electric fields to trap and manipulate single biomolecules. 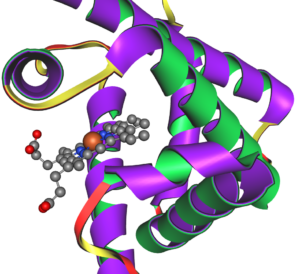 Biological molecules often carry out their tasks using molecular electric fields, such as in photosynthesis, electrostatic steering of ligands to active sites, and protein folding and assembly. We employ fluorescent heme analogs as nanoscale reporters of the electrostatic environment at the active sites of the oxygen carriers myoglobin and hemoglobin, where molecular fields are suspected of playing an essential role in the proteins’ biological function.
Spectroscopic measurements are carried out by applying external electric fields at cryogenic temperatures, which shift the electronic energy levels (Stark shift). We have developed two novel methods of analysis based on quantum chemical calculations that allow for the determination of internal electric fields (magnitude and orientation) from the experimental data.

All known physical and chemical properties of molecular species directly result from quasi-electrostatic interactions. It appears, therefore, sensible to focus on electrostatic forces as the most efficient means of exercising control over molecules. Based on this idea, we have conceived and developed a new approach for trapping and manipulating single nanoparticles and biomolecules: the corral trap. We are currently investigating the mechanism and a host of applications for corral trapping in collaboration with Dr. Chang's research group (Mechanical Engineering). Corral trapping opens up new possibilities for the planned (as opposed to random) assembly of molecular-scale devices, detecting single-base substitutions in DNA at the single molecule level, and is valuable for studying biophysical processes that are limited by diffusion over extended periods of time.

A common thread of our research is the ability to image single molecules with high spatial resolution. For this purpose, we utilize different techniques such as widefield microscopy, confocal scanning laser microscopy, and near-field scanning optical microscopy (NSOM), where a tapered optical fiber serves as a nanoscale light source. Central to these techniques is the point spread function (PSF), which is a measure of the imaging quality of the optical setup. We mapped the 3D PSF of a confocal microscope at high spatial resolution and developed a rigorous theoretical model for it based on a vectorial approach that has resulted in PSFLab, a software package for calculating PSFs that is used by research groups from more than 50 countries worldwide.