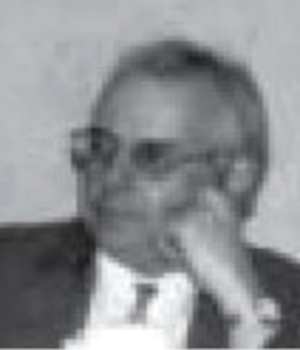 Professor Watter's research interests are directed toward studies of organometallic compounds deposited on the surfaces of refractory oxides where they might form the basis of novel heterogeneous catalyst systems or electronic materials. Metal carbonyls have been studied for many years as homogeneous catalysts for a number of important processes ranging from hydrogenation of CO or olefins to reduction of nitric oxides. As homogenous catalysts they offer advantages, viz, high degree of product specificity and controlled variation of properties, but they suffer from catalyst instability and difficulty of separation of product from catalyst. The development of "heterogenized" homogeneous catalysts by depositing metal complexes, such as metal cluster carbonyls, on unreactive solids offers an opportunity to utilize the advantages of homogeneous catalysts while avoiding some of the disadvantages.

Metal cluster carbonyls of the type Mx(CO)y may be heterogenized on the surfaces of oxides such as silica, alumina, zeolites or magnesia, where they are partially or completely decarbonylated. Several series of such "oxide supported" metal cluster carbonyls have been studied to determine the nature of the chemical interaction between the support material and the carbonyl compound, the stoichiometries of reactions of the deposited clusters with various gasses, and the catalytic properties displayed by the metal clusters.

Recently, organometallic compounds of general formula MRx have been used in processes such as metal organic chemical vapor deposition (MOCVD) for formation of thin films with desired electronic properties. Professor Watters has initiated investigations of the reactions of MRx species at surfaces, partially oxide surfaces, to elaborate details of surface adsorption and decomposition that might be significant in thin film formation processes.

Studies to date reveal a rich and interesting chemistry of organometallics as they interact with the oxide surfaces including the formation of novel molecular species on the surfaces. These species bear further investigation as possible catalysts, catalyst precursors, or electronic materials.