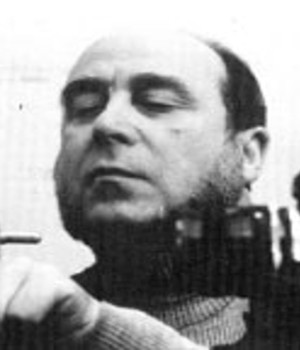 Ralf started working in the Department of Chemistry in 1968 and retired in 1996.
He served two separate terms as Chair of the Department over several years. He
was a founding member of the Laboratory for Surface Studies and also served as
its Director.

Using a combination of FEM and very high resolution AES, the surface segregation of Pt impurities (in particular, C and Si) have been studied in detail. The temperature ranges in which segregation occurs, crystal areas in which impurities precipitate, as well as the chemical nature of the impurities, could all be determined. The adsorption and dissociation of CO has been studied on Pt and Rh.

The most recent investigations deal with roughening transitions. In their pioneering paper on surface roughening transitions, Burton and Cabrera predicted in 1949 an accelerated crystal growth at temperatures above the transition temperature, Tc. Two years later, however, they had to qualify their prediction: "The existence of a transition temperature will not have any influence on the kinetics of growth of the crystal surface. It would if the crystal were perfect". This modification was necessary because of the proposed dominance of spiral growth in the case of real crystals. Yet, the statement also implied that the effect of roughening transitions on growth kinetics could be observed if perfect (dislocation free) surface conditions could be generated in the measured surface area.

Such conditions can be obtained on the sample crystals of FEM's. The number of dislocations in these rounded microcrystallites is so small that the probability of their interference with the growth of a specific surface area (hk1) is minimal. Studying with FEM the vapour self-growth in the vicinal areas of Ta{110} and Ta{100} as a function of crystal temperature, precipitous increases of the growth rate could indeed be discovered at 800K and 860K, the respective transition temperatures. The measurements were carried out on clean, thermally rounded Ta microcrystallites and later extended to Rh{111} and Rh[110}.