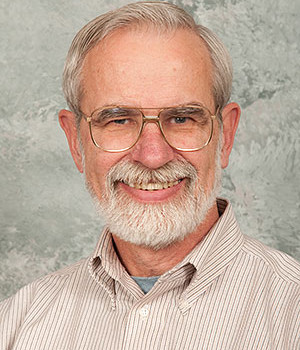 Frank was born March 17, 1944 in Mount Vernon and grew up in Delaware and received his bachelor of science from the University of Delaware  and his doctorate from Northwestern University. He completed his postdoctoral work at Purdue University and McGill University, where his interest for metal ions and biological systems grew. Shaw went on to have a 25-year tenure at the University of Wisconsin-Milwaukee, where he was a professor and the department chair in a rotating system for two years.

He retired from the university and took a job as the department chair and professor in the  Department of Chemistry at Eastern Kentucky University in Richmond in 1999. By his final year as chair, the department went from receiving $12,000 in grants to over $1.3 million.

Shaw joined the Redbird faculty on July 1, 2003 as the Department of Chemistry Chair. He retired in 2014 and became a professor emeritus. He still had a lab, did research and held talks with the university.

On Sept. 30, Shaw held a talk with the University Club on the topic of climate change, an issue he dedicated most of his time to during retirement. During the presentation, Shaw explained information with a demonstration, which faculty members said were a staple of Shaw’s teaching style.