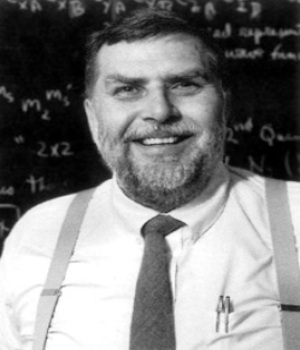 It is with great sadness that we learned of the passing of Professor Walter England, of the Department of Chemistry and Biochemistry at the University of Wisconsin-Milwaukee, on March 23rd. Professor England was born in the small town of Hallettsville, Texas on August 23rd 1942 and, in spite of having spent most of his life in the Midwest of the United States, remained a Texan at heart. Walter obtained his B.S. degree in Chemistry in 1965 and went on to study for his doctoral degree with Klaus Ruedenberg, with collaborations with Mark Gordon at Iowa State University, obtaining his doctoral degree in 1973 for work on the bonding in acyclic hydrocarbons. After a brief postdoctoral position at the Colorado State University, he moved to the Midwest and obtained a staff position at the Argonne National Laboratory in Chicago. Here he worked on the quantum properties of solids and embarked on his lifelong interest in using quantum mechanical calculations to provide precise models for simple molecular systems.

Walter joined the Chemistry Department (before it was renamed to Chemistry and Biochemistry) in 1978 as an Assistant Professor in the relatively newly formed Laboratory for Surface Studies. He continued his work on using quantum mechanics to obtain precise energies for small molecules and collaborated with the organic chemists of the Department to help them understand their experimental results. He was promoted to Associate Professor in 1983. Here he continued his work to push to obtain more precise results for the energies of small molecular systems and developed an accurate perturbation method based on a proposal by the Nobel-prize-winning theorist, Richard Feynman.

Walter took on the onerous duty of serving as Chair of the Department from 2003 to 2006, where he helped steer the Department through difficult budgetary times.

Walter was always helpful and supportive of his colleagues and could always be counted on to give sage advice on most matters. He was an extremely talented theorist who strove to obtain more and more precise quantum-mechanical solutions for small molecules eschewing the urge to follow others in their quest to develop not-so-accurate solutions to bigger systems. He often argued that “if you can’t do the little things properly, there is no point in trying to do more complex problems.” Walter had strong opinions about most things; his arguments were always carefully and logically thought out, but firmly anchored in his Texan libertarian roots. He was always a great person with whom to discuss any subject on earth. His friendship, advice and wisdom enriched us and will be missed.