Symposium Title: People that No One Had Use For, Had Nothing to Give to, No Place to Offer: The Milwaukee County Institution Grounds Poor Farm Cemetery 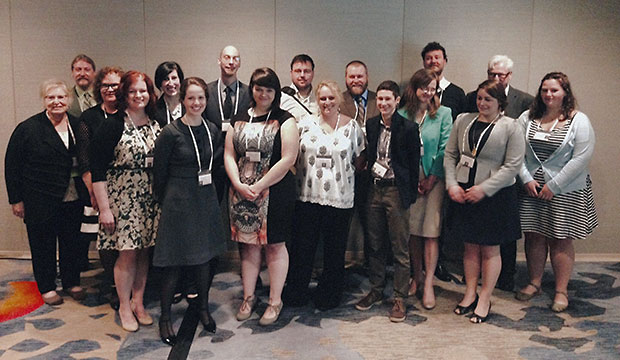 Abstract: Based on Wisconsin’s Territorial Act of 1838 and state statutes enacted in 1849 provision for the welfare of the poor became the legal responsibility of local governing including the Milwaukee County Board of Supervisors. The various formal institutions of Milwaukee County were established to provide care for the indigent, sick, orphaned and homeless as well as the burial of individuals from those categories. From 1878 through 1974 Milwaukee County utilized four locations on the Milwaukee County Grounds for burial of more than 7,000 individuals. Two archaeological excavations in 1991 and 1992 and in 2013 resulted in the recovery of over 2,800 individuals from one of those cemetery locations. This symposium presents historical, archaeological and osteological research related to those excavations. Specific paper topics include analyses of historical documents and material culture assemblages, spatial patterning within the cemetery limits, the relationship between Milwaukee County and local medical schools, molecular identification of Mycobacterium tuberculosis in human skeletal remains, evidence for autopsy or medical school use of individual corpses, a refined method of juvenile age assessment, the application of strontium analysis for the establishment of identity, and the application of portable X-ray fluorescence technology to the excavation and analysis of human remains.

Brooke Drew, “Who, What, Where, When and How: A Comprehensive Archival Investigation of the Milwaukee County Institution Grounds Cemeteries, 1882-1925”

Eric Burant, “What’s in a Grave: A Preliminary Analysis of Material Culture from the Milwaukee County Institution Grounds Cemetery”

Catherine Jones, “The Sum of Their Parts: Retrieving Individuality From Atypical Mixed Burials at the MCIG Poor Farm Cemetery”

Jessica Skinner, “Entheses and Activities: A Metric and Nonmetric analysis of Entheseal Change of the Shoulder Complex within the Milwaukee County Institution Grounds Population”

Shannon Freire and Alexis Jordan, “The Application of Strontium Isotopes to Historic Cemetery Contexts: A Case Study for the Creation of Robust Individual Identifications”

John Richards and Catherine Jones, “Using PXRF Technology to Aid in the Recovery and Analysis of Human Remains”

Draft copies of the presentations are available on the Symposium website.