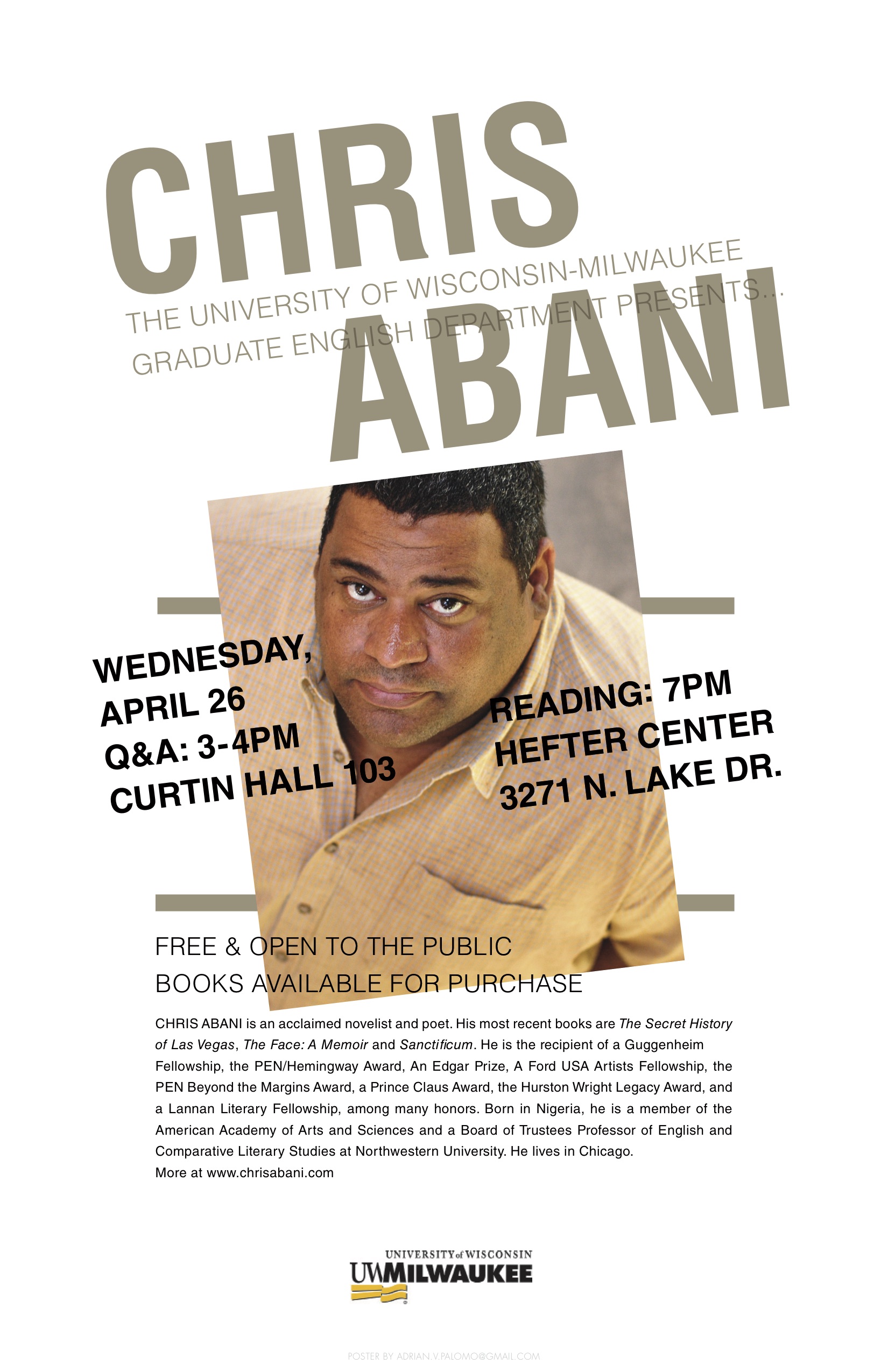 The English Department presents novelist and poet Chris Abani, whose most recent novel, “The Secret History of Las Vegas,” was a finalist for an Edgar award.

Born in Nigeria, Abani was imprisoned three times for his subversive writing. He went into exile, and eventually settled in the United States. He currently serves as a board of trustees professor of English at Northwestern University in Evanston, IL.

Abani is the author of six novels, seven poetry collections and a memoir. His novel “Graceland” won the 2005 PEN/Hemingway Award. He also received a Guggenheim Award and a Lannan Literary Fellowship. He also presented the TED Talks “On Humanity” and “Telling Stories from Africa.”