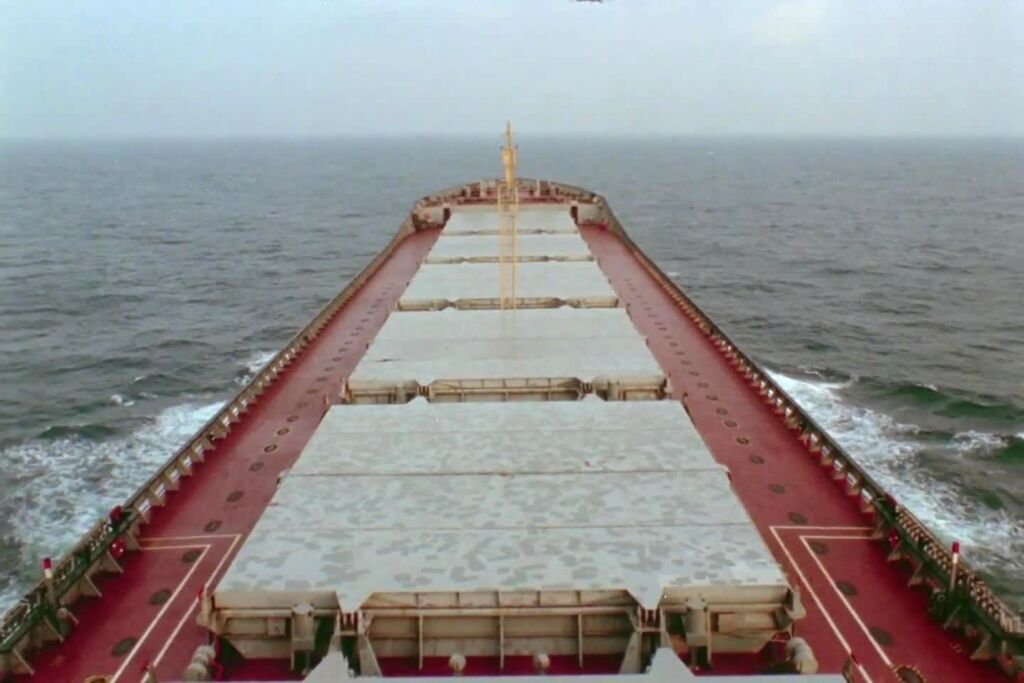 THIS SCREENING IS FREE FOR UWM STUDENTS AND UNION CINEMA MEMBERS!

In 1973, a massive freighter ship called the Bulk Promotor was built by Norway to transport coal and iron ore throughout Northern Europe. In 1985, it was sold to mainland China. Renamed Hupohai (which means ‘Amber Ocean’) it was used to distribute coal along the Yangtze River. 32 years later, it sails quietly across the Indian Ocean, empty of cargo and carrying only a small crew; it’s en route to Bangladesh, to its infamous boneyards, where it will be dismantled and salvaged for scrap.