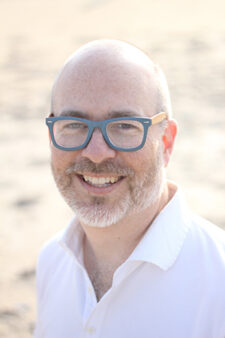 Please join essayist and editor (as well as Whitefish Bay native) Dan Kois, co-author of The World Only Spins Forward: The Ascent of Angels in America, for a discussion (and partial reading) of his oral history of Tony Kushner’s pioneering, Pulitzer-prizewinning play.

Dan Kois is an editor and writer for Slate’s culture section and a contributing writer for the New York Times Magazine. He’s the former culture editor at Slate.com, where he launched the Slate Book Review. He previously co-hosted the podcast “Mom and Dad Are Fighting” and is a frequent guest on Slate’s Culture Gabfest. His previous book was Facing Future, about the Hawaiian musician Israel Kamakawiwo’ole, for Bloomsbury’s 33 1/3 series, and his next book is How to Be a Family, a memoir of parenting around the world.