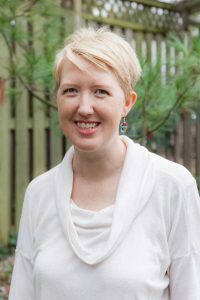 UW-Milwaukee Art History Department Assistant Professor Kay Wells will be speaking at the Art Institute of Chicago on Friday, September 28th. Her talk is titled ‘The Uncanny Design of the Thorne Miniature Rooms.’

During the 1930s, Narcissa Niblack Thorne created an extensive series of miniature dioramas that brought together the aesthetics of the period room, the department store window, and the stage set. The miniature rooms became a popular exhibition, shown at museums and world’s fairs across the United States during the 1930s and early 1940s, that ostensibly educated viewers by presenting model interiors as evidence of the historical past. But what the Thorne rooms put on display was not only the historical design of their period sources, but also the contemporary design of Thorne and her creative team. As a wealthy Chicago socialite, Thorne was a glamorous public figure whose celebrity added to the appeal of the model rooms; they made the world of Thorne and her peers visually accessible through the magic of miniaturization. Both voyeuristic and immersive, the miniature rooms employ techniques of design to present design itself as a marvelous object of study. 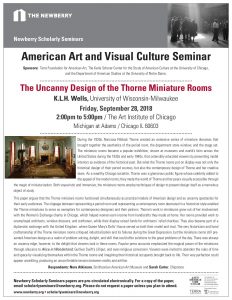