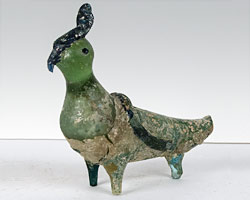 It is generally agreed that many of the most crucial foundations of Western art are to be found in Antiquity. The study of ancient art and archaeology—in its broadest sense—focuses on the material culture and society of the Mediterranean basin from prehistory until roughly the time of Constantine the Great. Courses, both at the undergraduate and graduate levels, focus on the formative cultures of the Near East (Mesopotamia and Egypt), Greece, and Italy and address art historical and archaeological questions regarding the interpretation and criticism of ancient art and architecture. 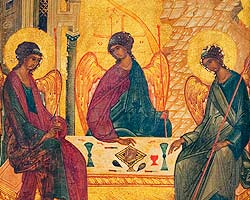 Perhaps more than any other era, the Middle Ages (c.300 to 1400AD) witnessed profound religious, political, and social transformation. The study of Medieval Art traces these developments through the arts and architecture of Byzantium, Europe, and the Islamic world. Undergraduate courses introduce critical themes and explore major monuments of the period through chronological and geographical surveys. Graduate courses adopt a more historiographical and theoretical approach. 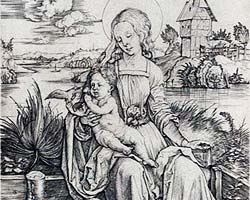 The era of Renaissance and Baroque Western art encompassed the fourteenth through the mid-eighteenth centuries: an era also known as the early modern period because, in many ways, it laid the foundations for our own modern culture. Renaissance artists sought to break away from the medieval past by pursuing an increased naturalism in their works, and they participated in a larger revival of ancient Greek and Roman culture through the study of masterpieces from classical antiquity. In the process, they synthesized Christian beliefs with broader lessons learned from pre-Christian Western culture. The early modern period also witnessed major social and religious upheaval through the Protestant and Catholic Reformations, both of which transformed the roles of religious and secular images in European society. In undergraduate courses, these themes are explored through chronological and thematic surveys of key works of art and scholarship. Graduate courses offer more focused analyses by emphasizing primary sources and sites of current scholarly debate. 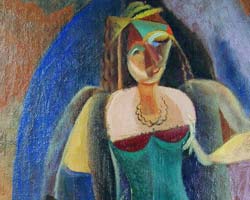 American Art covers artistic production in the United States from European colonization in the early-seventeenth century to the present. A transnational approach considers American art in relation to European, Asian, and Pan-American art by examining both historic and contemporary artistic exchange. Surveys of American Art address a wide range of material and visual culture, from advertising to zoological illustration, and consider the development of American art and its institutions in relation to America’s transforming political, social, and physical landscape. Upper level courses also consider how scholarship has transformed the study of American Art and the wider discipline of Art History. Specialties of the department include the history of American architecture, design, and decorative arts; the history of American painting; the development of modernism; and the history of patronage. 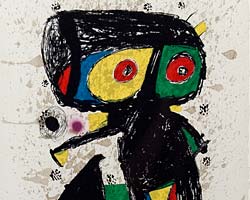 Contemporary Art covers the period from 1970 to present. Undergraduate and graduate courses explore the legacies of Minimalism and Conceptual Art on a range of global contemporary art movements, such as site-specific art, earth and land art, institutional critique, body and performance art, public art, video art, relational art, digital art, and bio-art. Each of these interdisciplinary practices examines the incorporation of the viewer into the understanding and experience of the artwork, the process of art-making as event, the artist as producer and/or curator, while forging relationships between current art and critical theory.

Modern art covers the mid-eighteenth to the mid-twentieth century, primarily in Europe. This period witnesses numerous challenges to the established political, social, economic, and cultural orders, and the rise of radical artistic movements like Romanticism, Realism, Impressionism, Expressionism, Cubism, Dada, and Surrealism. Images become much more available to wider audiences through industrialization and the development of new technologies like photography and film. Courses in this area cover a range of objects, including painting, the decorative arts, print culture, and photography. Undergraduate courses focus on primary texts and object analysis; graduate courses engage more closely with methodology and secondary literature. 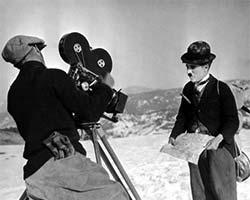 The department’s film studies offerings cover the development of cinema from the late 19th century to the contemporary moment. Film history surveys examine the development and flowering of film as a narrative and aesthetic form, with consideration of cultural, social, political, technological and economic determinants. Study spans from pre-cinema and early photography, experimentation and innovation across the world in the cinema’s earliest years; the consolidation of film as an international medium and entertainment industry; movements such as Soviet intellectual montage, German expressionism, Surrealism in the 1920s and 30s, French Poetic Realism and Italian Neorealism; the arrival of sound; pre- and post-war Hollywood, international art cinemas and European new waves, avant-garde and new documentary forms, ‘Third Cinemas,’ American indie films, New Chinese cinemas, Middle Eastern cinema, the development of a global film culture, digital cinema, and the impact of world politics, revolutionary movements, aesthetic schools, and social and cultural changes on the content and contexts of films. We consider a variety of forms and styles of film: commercial, avant-garde, experimental, documentary, analog and digital. Additional courses are offered on film genres, film aesthetics, film analysis, as well as graduate courses on topics in film theory and history. 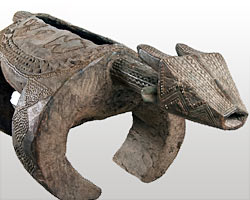 Precolumbian Art covers the Americas prior to the European conquest in the 16th century. General courses at the undergraduate level are offered on ancient Mesoamerican art of Mexico, Central American, and Andean art of South America, as well as on the art of the ancient Maya. Graduate seminars on Precolumbian Art are frequently offered. Courses in Precolumbian Art expose students to methods and theories in Archaeology and Anthropology in addition to Art History.

African Art is taught in the department as a survey course focusing on the art of sub-Saharan Africa. The study of African Art offers opportunities to understand the art, culture, and religion of peoples of West Africa. Inhabitants of this same region came to the New World during the era of slavery and, consequently, have strongly impacted the art and culture of the United States, the Caribbean, and South America. Learning about African Art helps us to see the African roots of that underlie many forms of visual, musical, and cultural expression in the Americas.

Oceanic Art includes the art of the Pacific, notably Polynesia, Melanesia, and Australia. Oceanic Art is taught in the undergraduate survey as well as in a course critiquing western myths about “primitive” people, a course that focuses on Australian aborigines. 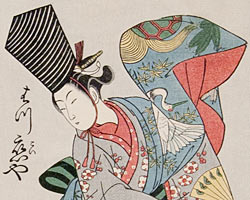 Asian Art studies focuses on the arts of China, India, Japan, and nearby regions, and brings out the inter-related aspects of these regions and their cultures. Painting, architecture and sculpture are the main focus of study. It covers Neolithic to Contemporary art, including various topics from religious art, paintings, sculpture, folk art, and ritual art, including the ceremonial arts related to death. Courses range from a survey level introductory course to a graduate colloquium on Bronze-age art and cultures, as well as middle to upper division courses on the literati arts, garden design, arts long the Silk Road, and masterworks.