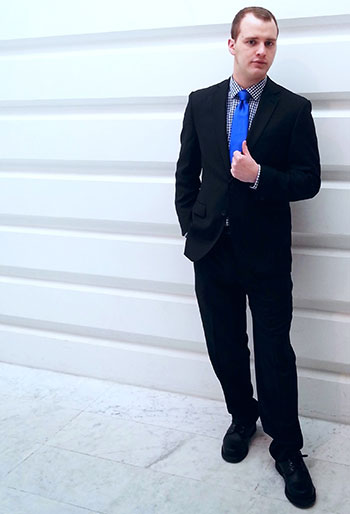 Jordan Severson, a third year graduate student and Advanced Opportunity Program Fellow, attended the 2015 Multidisciplinary Graduate Student Conference at the Newberry Library in Chicago January 22-24, 2015. This is an annual conference organized and run by doctoral students for a variety of fields in medieval, Renaissance, and early modern studies. Severson presented his paper, Beyond Likeness: El Greco’s Portrait of Giulio Clovio and Assertion of Creative Identity, in a panel titled “Portraiture and the Creation of the Renaissance Self,” which was chaired by Christine Zapella from the Art History Department at the University of Chicago. Severson adapted this content from his larger thesis project on the same subject. Presenting along with two other graduate students: Andrea Maxwell of Kent State University, and Maria Wendeln of of Wayne State University, the panel was well-attended and elicited a lengthy discussion from other conference attendees. Severson attended many other sessions over the course of the three days and was able to take advantage of resources in the Newberry Library’s collection of rare books.