The University of Wisconsin-Milwaukee is home to a diverse portfolio of research, scholarly, programmatic, entrepreneurial, and outreach activities.

UWM in the News

Examples of UWM’s contribution to coronavirus research and community outreach

From the office of the Provost: 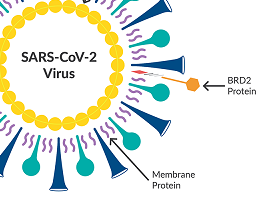 Abbas Ourmazd and Ghoncheh Mashayekhi (Physics) received an EAGER award from the National Science Foundation to use their latest machine learning techniques to determine the virulence-related structural changes in SARS-CoV2 proteins (the virus is responsible for the ongoing COVID-19 pandemic). The proposal was accepted within days of submission. UWM is a world leader in protein dynamics and further awards to UWM researchers are anticipated. Congratulations, Abbas and Ghoncheh!

Information is critical in tracking the coronavirus and its impact. 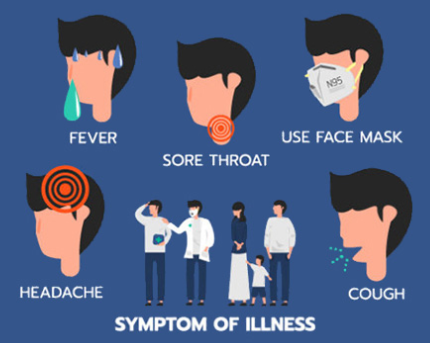 The data can be vital in responding to future outbreaks, according to UWM researchers who are helping local hospital systems evaluate the accuracy of a new screening tool they are using.

Paul is working with sub-investigator Min Wu, associate professor and chair of the Department of Health Informatics and Administration in the College of Health Sciences.

When Kyle Jansson learned about a Milwaukee coalition aiming to mass-produce medical-grade filtration face masks for health care workers, he felt a particular responsibility to volunteer. 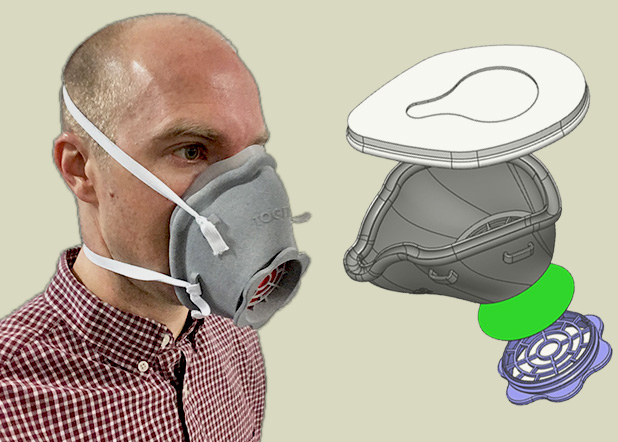 As director of the Prototyping Center at UWM’s Innovation Campus, mechanical engineer Jansson is armed with the component design experience and numerous production processes to take on modeling challenges of every description. The center helps clients turn an idea into a physical object.

Milwaukee MaskForce, led by Waukesha-based Husco International Inc., includes more than 25 organizations in business, academia and health care who are collaborating to design, test and mass-produce a reusable, medical-grade face mask. Those on the front lines battling the coronavirus epidemic are confronting shortages of lifesaving protective gear.

Making a Class II medical device with the same performance as N95 masks that have been approved by the U.S. Food and Drug Administration would take months. Jansson and his team, consisting of friends, colleagues and freelance engineers, jumped into the fray, helping to create, in a mere 60 hours, a functional proof-of-concept prototype that served as the coalition’s starting point. Two weeks out, MaskForce is getting close to having a final approved product.

Milwaukee’s Coronavirus Racial Divide: A Report on the Early Stages of COVID-19 Spread in Milwaukee County

Like many other densely populated urban areas, Milwaukee is experiencing a surge of reported COVID19 cases. On March 12 there was only one confirmed case in Milwaukee County. By April 8 there were 1,425 confirmed cases. The real numbers are likely far higher than that. 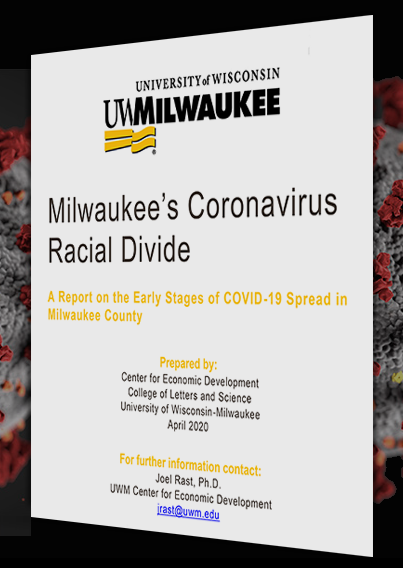 Lack of widespread testing has made the spread of the coronavirus difficult to measure with any degree of certainty.

Although we do not know precisely how many cases of COVID-19 there currently are in the Milwaukee area, the data that we do have has revealed disturbing patterns. At this point, African American residents are much more likely than white residents to have contracted the virus. As of April 8, nearly twice the number of African American county residents as whites had tested positive for COVID-19. African Americans represent 27 percent of the county’s population, but they account for 45 percent of confirmed cases. More disturbing still, of the 67 coronavirus-related deaths reported in Milwaukee County as of April 8, 46 of the victims were black. The disproportionate toll that the coronavirus is taking on African Americans—both deaths and confirmed cases—has been reported in other cities with large black populations, including Detroit, New Orleans, New York City, Boston, and Chicago. 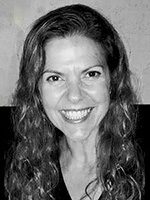 Carolyn Eichner (History and Women’s and Gender Studies)
The Name: Legitimacy, Identity, and Gendered Citizenship in France and Empire examines names as public representations of personal identity. Names form sites of engagement between people and states, colonies and metropole, autonomy and hegemony, custom and law, and tradition and modernity. Focusing primarily on 19th-century France and its empire, my study investigates the gendered and racialized ways the government used naming regulations to reify categories of inclusion and exclusion as it developed as a modern, imperializing state. It also explores citizens’ and colonial subjects’ responses to these measures, reactions to the state’s increased reach into peoples’ lives. 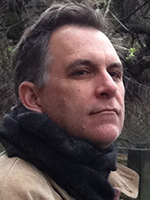 Kennan Ferguson (Political Science)
The attempt to escape debt underlies the most powerful formulations of politics, promising freedom, liberty, and autonomy. This is deeply misguided. Beholden: Between Freedom and Debt contests the presumption that obligations can (and should) be escaped, instead recognizing debt (moral, social, and economic) as both ubiquitous and unavoidable. Rather than presupposing the default goal of political action as“freedom,” activists should instead strive to encourage and develop forms of indebtedness most conducive to human flourishing: to remake communities, identify connections, and compound human emotions. The political potential of debt, in other words, orients toward association and intensification rather than oppression. 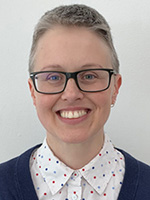 Lisa Hager (CGS English and Gender, Sexuality, and Women’s Studies)
For my IHR Fellowship, I will be starting a new book project, “Trans Victorians: Reconceptualizing Gender Identities in Nineteenth-Century British Literary Culture.” The central argument of this book is twofold: first, Victorian studies scholars must fundamentally reconceptualize our understanding of nineteenth-century gender to account for the possibility of movement between, across, and among genders; and, second, we must use this understanding to consider the possibilities of trans narratives within the diversity of gender identities represented in Victorian literature, periodicals, and authorial personae.
In centering transgender identities that redefine and remake sexed and gendered bodies, my project argues that the discipline of Victorian studies must bring to the fore the ways in which the oppositional, binary discourses of gender necessarily reveals their own contradictions in the form of bodies and genders that refuse to fit into one of only two gender identities.

UWM neuroscientist Karyn Frick has been honored by UW System as one of three 2020 Regent Scholar recipients. It recognizes Frick’s extraordinary efforts in support of undergraduate research, innovation and entrepreneurship.

“Our UW System faculty and students are doing amazing research,” UW System President Ray Cross said. “It is important to recognize this vital work and celebrate the individuals who spearhead these innovations.”

Frick and members of her research team are exploring ways to prevent the memory loss that results from Alzheimer’s disease and dementia, particularly in women, and the work has led to a startup company called Estrigenix Therapeutics Inc. View her Regent Scholars Award Video. 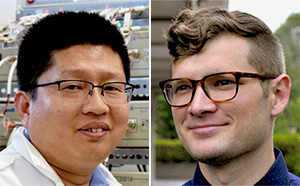 The Ignite Grant Program for Applied Research is funded by the UW System and WiSys, a independent, nonprofit supporting organization for the UW System. 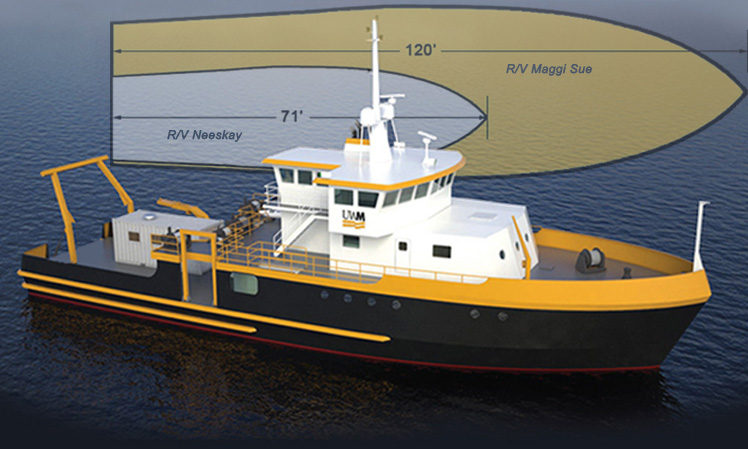 An anonymous donor of the Greater Milwaukee Foundation has committed $10 million toward a new research vessel for the UWM School of Freshwater Sciences.

In recognition of the gift, which equals the largest ever received by UWM, the vessel will be named the Maggi Sue. It will replace the current vessel, the Neeskay, a converted Army T-boat that is more than 65 years old.

More than 40 million people rely on the Great Lakes for clean drinking water, and the lakes sustain 1.5 million jobs and generate over $62 billion in annual wages. But they are ecologically fragile and monitoring their condition requires physical data collection.

“On behalf of UWM and our research partners, I extend my deepest thanks for this incredible act of generosity and for the Greater Milwaukee Foundation’s role in making it happen,” Mone said.

The gift amount covers half of the $20 million cost of the new vessel, which includes $15 million for construction and $5 million to sustain its operation. Mone said he hopes the gift will motivate other donors to contribute. Once fundraising is complete, it will take another 12 to 18 months for the actual construction of the vessel. 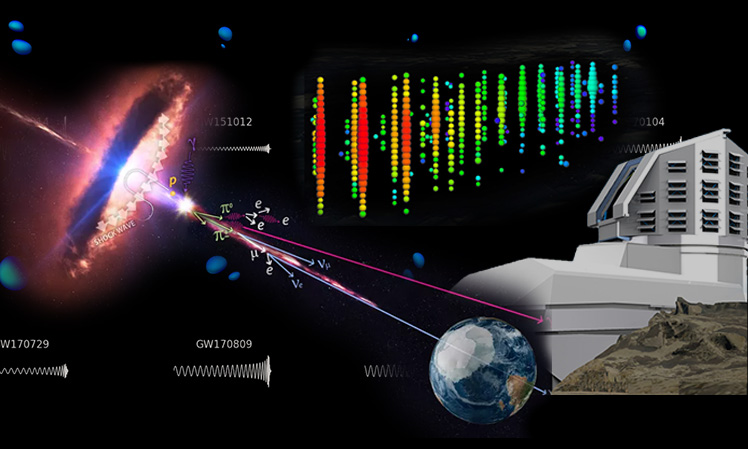 The National Science Foundation awarded the University of Wisconsin-Milwaukee and nine other collaborating organizations $2.8 million to further develop the concept for a Scalable Cyberinfrastructure Institute for Multi-Messenger Astrophysics (SCIMMA).

Multi-messenger astrophysics combines observations of light, gravitational waves and particles to understand some of the most extreme events in the universe. For example, the observation of gravitational waves and light from the collision of two neutron stars in 2017 helped explain the origin of heavy elements, allowed an independent measurement of the expansion of the universe, and confirmed the association between neutron-star mergers and gamma-ray bursts.

“Multi-messenger astrophysics is a data-intensive science in its infancy that is already transforming our understanding of the universe,” said Patrick Brady, UWM physics professor and director of the Leonard E. Parker Center for Gravitation, Cosmology and Astrophysics. “The promise of multi-messenger astrophysics, however, can be realized only if sufficient cyberinfrastructure is available to rapidly handle, combine and analyze the very large-scale distributed data from all types of astronomical measurements.

“The conceptualization phase of SCIMMA will balance rapid prototyping, novel algorithm development and software sustainability to accelerate scientific discovery over the next decade and more.”

“SCIMMA is supported by two of NSF’s Big Ideas—Harnessing the Data Revolution and Windows on the Universe,” added Nigel Sharp, program director in the NSF Division of Astronomical Sciences. 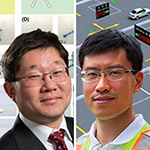 The Catalyst Grant Program focuses on areas in which the university has the greatest potential to impact the local economy through commercialization activities including science and engineering.

Liu, a professor of civil & environmental engineering, was awarded $55,000 for his project “A Microscopic Agent-based Simulator and Data Analytics Tool for Smart Off-street Parking Facilities.”

Chang, as associate professor of mechanical engineering and biomedical engineering, was awarded $30,000 for his project “Characterization and Optimization of the Water Sensors to Increase Technology Readiness Level.”

Originally appeared on CEAS website August 5, 2019.
View the UWM in the News Archive.

UWM is home to more than 100 centers, institutes, and laboratories. These entities conduct research and scholarship, programs, and outreach in order to contribute to the scientific, cultural, educational, and economic conditions of the campus, region, and globe. These centers, institutes, and laboratories generate millions of dollars of extramural research awards each year in order to advance the mission of each entity and the University.

The Discovery and Innovation Grant (DIG) (formerly RGI) is a competitive internal seed funding program that supports high-quality, innovative research by investing in projects selected through an independent and objective process.

(Formerly RACAS) Advancing Research and Creativity (ARC) is an internal research funding program for projects in all disciplines and at any stage of development. Funded work must be completed within a 12- to 18-month timeline. Awards are expected to result in scholarly, scientific, and artistic outcomes. The review process uses internal and external reviewers.