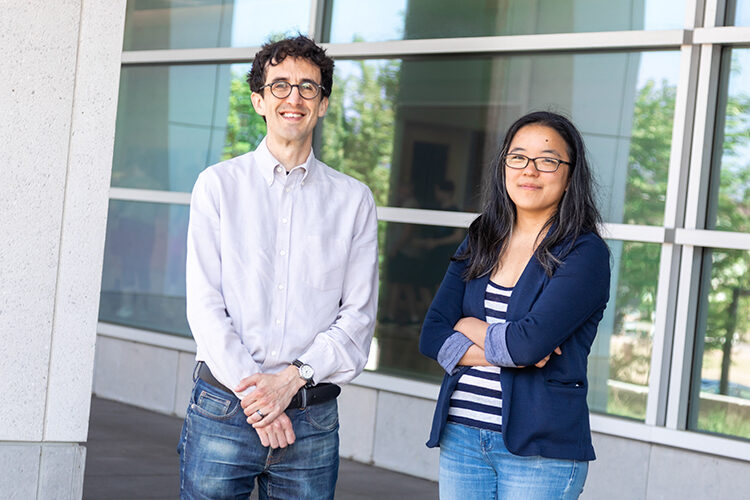 An international team of astronomers, including several from UWM, have renewed funding from the National Science Foundation for their work in detecting and characterizing low-frequency gravitational waves, a transformational challenge in astrophysics.

The NSF has awarded a $17 million grant over five years to the North American Nanohertz Observatory for Gravitational Waves (NANOGrav) for operation of the NANOGrav Physics Frontiers Center (PFC).

The low-frequency gravitational-wave detectors used by NANOGrav PFC are millisecond pulsars – rapidly spinning, superdense remains of massive stars that have exploded as supernovas. These ultra-stable stars are nature’s most precise celestial clocks, appearing to “tick” every time their beamed emissions sweep past the Earth, like the beacon on a lighthouse. Gravitational waves cause small but detectable fluctuations in the measured arrival times of the radio pulses on Earth.

NANOGrav PFC members are poised to detect low-frequency gravitational waves and use them to study the universe in a completely new way, said Xavier Siemens, a physicist at Oregon State University who is co-director of the center.

“Low-frequencies waves have wavelengths much longer than the size of our solar system,” Siemens said. “They are produced by the coalescence of supermassive twin black holes that form when galaxies merge, and also by sources in the very early universe. So these waves can tell us about how the very early universe formed.”

High-frequency gravitational waves were detected 2015 in by the Laser Interferometer Gravitational-wave Observatories (LIGO) in the U.S. High-frequency waves are from small black holes and neutron stars in the instants before they merge, said David Kaplan, UWM associate professor of physics who, with assistant professor Sarah Vigeland, is on the grant.

Kaplan’s role in the center is to find new pulsars to study and determine their detailed properties. Vigeland’s role is to search the data for gravitational waves.

NANOGrav was founded in 2007 and is now a collaboration of students and scientists at about 40 institutions around the world.

Observatories around the world

NANOGrav’s five-year program will make use of the unique capabilities and sensitivity of the Green Bank Telescope in Green Bank, West Virginia. That telescope is located in the National Radio Quiet Zone, which protects the incredibly sensitive telescope from unwanted radio interference. It also uses data from the Very Large Array in New Mexico and the Canadian Hydrogen Intensity Mapping Experiment, as well as the legacy Arecibo Observatory data.

The Green Bank Telescope, Very Large Array and Arecibo are all funded by the National Science Foundation.

NANOGrav’s ambitious science goals are accompanied by a comprehensive outreach program that aims to increase the involvement of high-school and undergraduate students in the project, especially those who have been traditionally under-presented in physics and astronomy.