UWM in the News Archive 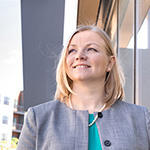 After a record number of influenza deaths during the 2017-18 season, federal health officials are working to develop a universal flu vaccine that people would get only once in a lifetime as a way to boost participation in vaccination.

But before that happens, scientists need to answer a key question: Why do some older adults respond well to annual flu vaccines and others don’t?

“A universal vaccine would provide broad protection for all age groups against multiple strains of the flu virus,” said Helen Meier, an epidemiologist at the University of Wisconsin-Milwaukee. “But it may not be successful if we don’t first understand the aging immune system.”

From the Center for 21st Century Studies

We are excited to announce our 2019-20 C21 Fellows! Each year the Center constitutes a group of Fellows who develop a research project in the critical, public, or digital humanities. Fellows are released from some teaching duties to complete their research and contribute to the life of the Center that year. Our incoming Fellows span a range of humanities disciplines, and their work represents a vital cross-section of 21st century studies.

Aneesh Aneesh, Professor, Sociology
“Nationalism and Citizenship in the Global Age”
Aneesh’s research examines citizenship data from a range of countries to propose a new notion of citizenship: modular citizenship. In his proposed book, which he will draft during his C21 fellowship, modular citizenship provides a way to understand citizenship in an era of overlapping allegiances, global flows, and technological change. In this context, he shows how citizenship is not fixed, but a dynamically changing basket of rights, a system of fluctuating protections and participation dependent on one’s entry into a particular affiliative setting.

From the examination of migrant labor circulation and technological integration in a global market society to the investigation of actual and possible structures of citizenship in diverse democratic societies, Aneesh’s research deepens our understanding of how all modern institutions (e.g., education, health, law, or finance)—despite having no functional connection to ethnicity, religion, race, or nationality—are forever haunted by them.

Sukanya Banerjee, Associate Professor, English
“Loyalty and the Making of the Modern”
At once virtue and flaw, loyalty, commonly associated with premodern forms of allegiance and servitude, occupies an uneasy place in modern life. Banerjee’s book project, “Loyalty and the Making of the Modern,” traces its centrality to modernity. Banerjee studies loyalty across three sites crucial to the construction of modernity: the state (political loyalty), the family (conjugal loyalty), and the economy (consumer loyalty). Through examinations of literary and cultural examples of loyalty in these contexts, she shows how ideas of loyalty were idealized in the epoch of the industrial modern. In so doing, she identifies the nineteenth-early twentieth century transimperial circuit—particularly that between Britain and India—as key to stabilizing the seemingly counterintuitive relation between loyalty and modernity. Her book will show how attributes of loyalty, such as obedience, faithfulness, or allegiance (all of which imply a verticality of relations), are not rendered obsolete in the modern era. Rather, they are reassembled through particular articulations of political selfhood, notions of companionate marriage, and patterns of consumer behavior.

Christopher Cantwell, Assistant Professor, History
“’Remember Now the Days of Old’: Memory, Nostalgia, and the Making of American Evangelicalism”
During his fellowship year, Cantwell will finish his book, The Bible Class Teacher: Memory and the Making of American Evangelicalism, the first to demonstrate how nostalgia came to infuse the creation of the category of “fundamentalism” in the early twentieth century. It resituates fundamentalism’s rise away from the denominational conflicts scholars traditionally mine, instead locating it in the mass migration of white evangelicals from the country to the city over the last century. By attending to the pastoral imagery of evangelical devotions like the gospel hymn “The Little Brown Church in the Vale” (1865), the historical pageants urban churches put on for civic holidays like Washington and Lincoln’s birthdays, and the efforts congregations took to preserve their places of worship from urban renewal programs, Cantwell’s project documents how rural, white migrants made longing for an imagined past a central part of modern American evangelicalism. This “evangelical nostalgia,” Cantwell shows, proved crucial to fundamentalism’s rise.

Lia Wolock, Assistant Professor, Journalism, Advertising, and Media Studies
“Producing South Asian America: Diasporic Community and Digital Activism”
Wolock’s book project, Producing South Asian America, examines the nascent South Asian American movement. Its proponents seek to overcome entrenched divisions of religion, caste, language, and color to build a politically progressive identity and community across the South Asian diaspora in the US. A massive influx of professional South Asians in the 1960s shaped a stable image of a “model minority,” yet this caricature of South Asians in America as efficient, technocratic, and docile foreigners within has come under increasing strain in the face of a global “War on Terror,” shifts in transnational finance and labor, and mounting domestic investments in social justice-oriented activism.

Wolock’s book draws out the complicated positionality of South Asian Americans. Examining South Asian American identity as a network of economic, political, cultural, geographic, and technological ties that exceed the national and reconfigure our vision of home and abroad, she probes the nature of cultural citizenship in the United States at the beginning of this millennium. Producing South Asian America illuminates how a community can work to reimagine and articulate the connections that define them.

Warner (Bill) Wood, Associate Professor, Anthropology
“The Road to La Ventanilla, Voices and Images from the New Rurality”
Wood’s research project is a collaboration with the cooperative Servicios Ecoturísticos de La Ventanilla (“La Ventanilla Ecotourism Services”) in La Ventanilla, a small village on the Pacific Coast of Oaxaca, Mexico. Wood’s ambitious public humanities project has three aims. He is working with community partners to develop a community museum in La Ventanilla. He is also creating a traveling documentary photography exhibit that documents life in the ruinous landscape of La Ventanilla’s “new rurality” and the changed economic and ecological landscape of Oaxaca. Thirdly, this fieldwork will culminate in a book: an ethnographic study of identity politics and heritage in Oaxaca. Taken together, the community museum, the traveling exhibition, and his book will show how so-called “post-peasants” understand their lives and engage with new ways of making a living in the new rurality through environmental management and ecotourism work. 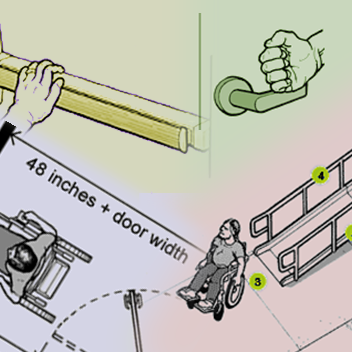 Roger O. Smith (Occupational Science & Technology) received U.S. Department of Health and Human Services funding for development of the Access Ratings NextGen App, which he calls a “system changer.” It will allow people with disabilities and aging populations to use crowd sourcing and social networking to assess the accessibility of public community buildings.

In addition, the U.S. Department of Education awarded Smith a $1.22 million grant to develop an innovative training program to prepare special education and related service personnel to use assistive technology and universal design.

UWM research expenditures were $58 million in fiscal year 2018. More than half of that amount—$29.5 million—came from federal agencies, supporting research issues such as renewable energy, the developing adolescent brain and the beginnings of the universe. Here is a look at the 10 largest active grants of 2018:

Effects of trauma that add up to PTSD Christine Larson, Psychology 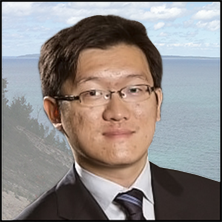 Assistant Professor Yin Wang (Civil & Environmental Engineering) received a Department of Defense Grant in collaboration with the University of California, Riverside, to develop an innovative method to remove and destroy persistent synthetic chemical substances in groundwater.

Funding for the project, titled “Treatment of Legacy and Emerging Fluoroalkyl Contaminants in Groundwater with Integrated Approaches: Rapid and Regenerable Adsorption and UV-Induced Defluorination,” is $749,999, with $277,493 distributed to UWM. See original CEAS post. Also, the UW-Madison Water Resources Institute (WRI) is funding research by Wang and Associate Professor Shangping Xu (UWM Department of Geosciences) that the institute says “will ultimately help protect public health by filling critical gaps in knowledge relating to arsenic in Wisconsin. 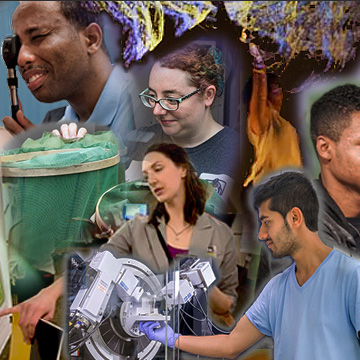 The award will be presented at the January meeting of the Association of American Colleges and Universities (AAC&U) in Atlanta. 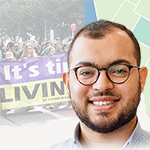 Zilber School of Public Health Assistant Professor Mustafa Hussein is leading a Robert Wood Johnson Foundation-funded study to assess the short- and long-term effects of policies on the health and well-being of low-income adults. The two-year, approximately $250,000 study of the policies, popular in US urban areas in the mid-1990s and 2000s, is titled “Health at a Living Wage: Evidence from Natural Experiments.”

The “natural experiments” are created by the variations in timing and location of living-wage policy adoption and implementation across metropolitan areas. The team, which includes ZSPH Associate Professor Phoenix Do and UWM Department of Economics professor and chair Scott Adams, will analyze those variations in two population data sources: the Community Tracking Study, covering 60 metro areas from 1996 to 2007, and the Coronary Artery Disease Risk in Young Adults (CARDIA) study, a landmark cohort of some 5,000 young adults recruited in four major metro areas in 1986, with regular follow-up since then. 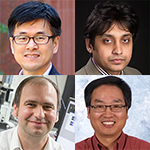 The Catalyst Grant Program invests in promising early-stage research at UWM in areas where the university has the greatest potential to affect the regional economy through commercializing new technology. Now in its 11th year, the program has awarded more than $4.5 million to support 89 projects, which have led to 25 issued patents, 23 license/option agreements and more than $19 million in subsequent investments in UWM technologies. Supported by the Lynde and Harry Bradley Foundation and the Richard and Ethel Herzfeld Foundation, the 2018 Catalyst Grants total $191,000. 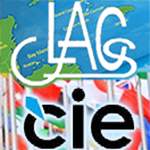