John Gardner is the Office of Sustainability’s Program and Policy Analyst. John worked on UW-Milwaukee’s 2013 STARS (Sustainability Tracking, Assessment and Rating System) submission. As part of the STARS process and all things data, John digitized and analyzed 5+ years of utilities data (electric, gas, water) for over 80 accounts at UWM, and developed  UW-Milwaukee’s greenhouse gas emissions inventory for Scope 1-3 sources. In addition, John drafts energy and emissions reports, assembles all UWM waste and recycling data for the national Recyclemania competition, collaboratively designs Sustainability Office public presentation and booklet materials, and helps out in the gardens. John also works with the Mid-West Energy Research Consortium. John graduated with a BA in Anthropology from the University of Chicago and a Master’s in Urban Planning from UW-Milwaukee. 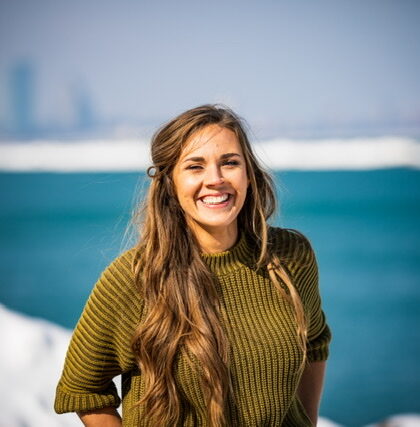 As the Operations Manager for the office of Sustainability, Lindsay oversees operations for UWM’s surplus,  recycling, and garden programs. Over a decade ago while a student at UWM, Lindsay served as one of the first sustainability interns and helped in the very early days of the surplus program. She likes diving back into that work and facilitating the reuse of thousands of items annually. Lindsay previously served in AmeriCorps through Conservation Corps Minnesota where she helped restore bluff and prairie habitats throughout the Midwest, and most recently worked in a dynamic role as Engagement Manager for Milwaukee County Parks. She holds a B.S. in Conservation and Environmental Science, and an M.S. in nonprofit Management and Leadership, both from UWM.

Adrian joined the Office of Sustainability in 2019 as a Recycling Hauler after working previously in manufacturing for 20 years as a heavy equipment and forklift operator. He started working at the office because of how dangerous his job in manufacturing was and because he wanted to work for a company that not only was better for him, but also helped the people around him. His job as the OOS includes collecting recycling, putting it into the right receptacles, having it taken away, and more. Adrian hopes that people will see recycling more as a norm in the future as it has made a big impact on him since joining the office.

Shawn started with the Office of Sustainability in December 2022. He previously worked in the moving industry and customer service. In his free time, he enjoys working on cars and customizing cars. He also likes to watch and play sports, especially boxing. So far, his favorite part of the job is driving (and eating pizza at team lunches!). 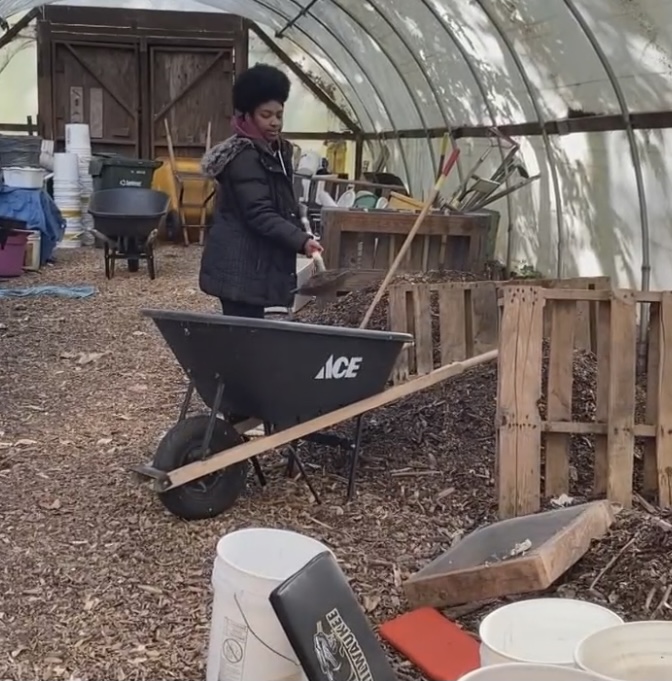 Antajia is a 3rd year CES major. She originally wanted to major in environmental engineering because she wanted to work at a hydroelectric power plant. The Hoover Dam used to be her dream job. Antajia also loves learning about the hearth and its resources and how we can conserve them. She enjoys learning about different cultures, cuisines, and dances. Her favorite dance style is the Salsa. 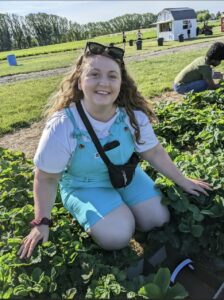 Nina started working at the Office of Sustainability in 2019 after volunteering with their composting program. She worked as the campus garden and composting assistant during her time as an undergrad and graduated in 2021 with a BS in Conservation and Environmental Science. Currently, she is pursuing a Master’s in Freshwater Science from UWM and helps to run the Student Supporting Agriculture Program through the office. This program is designed to engage students at UWM in sustainable agriculture and resiliency practices. Nina aims to provide students with the proper tools and information to help them lead more sustainable and resilient lives in the face of the climate crisis. After graduating with her MS she hopes to work in policy to protect safe drinking water sources and combat environmental injustices. Lucas was born in Boston and at three years of age he moved to Brazil where he has lived most of his life. As a kid, Lucas moved a lot throughout Brazil and got to see almost every coastal state. He completed elementary and high school in Brazil and recently moved back to the US to study for his bachelor degree in mechanical engineering at UW-Milwaukee. In his free time, Lucas enjoys video games, music, sports, and Formula 1. Charles is currently a junior at UWM, pursuing a B.S in Conservation and Environmental Science. He has an immense passion for environmental science, with hopes of entering the Environmental Health and Safety (EHS) field after graduation. Charles is also a huge fan of the Milwaukee Bucks, Milwaukee Brewers, and Denver Broncos. Some of his hobbies include going to the gym, listening to music, and playing basketball. He would like to be able to apply his knowledge gained working with UWM’s Office of Sustainability to further accelerate his career. 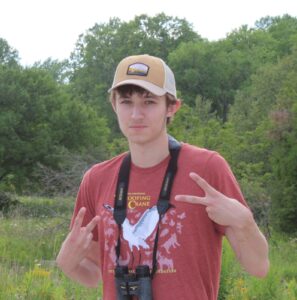 Ethan is a freshman at UWM. He currently studies linguistics and biology. He is interested in translation and interpretation, music, Lepidoptera, and waterfowl. He is also passionate about conservation and environmental science which is why he decided to pursue this position. Ethan is excited to contribute to the Office of Sustainability here at UWM. Alex is the Office of Sustainability’s Intern for the fall of 2022. His interests in environmental stewardship and sustainability emerged during high school in rural, northern Wisconsin. Alex co-founded the high school’s first Key Club which he dubbed the Community Conservation Club (CCC), a call-back to the shaping effect the Civilian Conservation Corps had on Wisconsin’s Northwoods. Tourism brought both money and waste into his hometown, and Alex decided to do something about the latter by organizing river and roadside clean-ups. In undergrad, Alex reconnected with his agrarian roots by participating in the Office of Sustainability’s Student Supporting Agriculture Program (SSAP) during the summer of 2022. Growing up on a small farm that grew food for the local food pantry, he saw SSAP in the same light. Within an urban food cycle, Alex enjoys having a hand in nearly every aspect of the process: from tending the garden beds, to planting and harvesting the crops, and to composting the food waste. While also interviewing for medical school, Alex aims to use his fall internship to further explore urban agriculture by growing microgreens around campus. By experimenting with growing conditions, Alex hopes to investigate the idea of “ownership” from a bio-psycho-social perspective