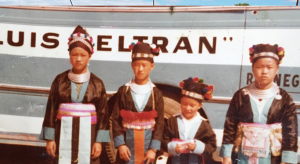 UW-MilwaukeeWhat can be learned about human conditions at the beginning of the twenty-first century from the dispersal of Hmong refugees from Laos? As one of the world’s ethnic minorities without a nation of their own, they became entangled in major political and military conflicts during the twentieth century as leaders of great nations vied for global power. Nearly 150,000 were forced into exile following the Vietnam War. The vast majority of the refugees sought permanent refuge in the Western Hemisphere. Their integration to host societies in the Global North is well documented, but very little is known about those who settled in the Global South.Sponsored by the Center for Latin American and Caribbean Studies, UW-Milwaukee