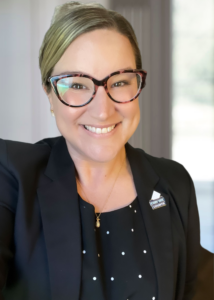 Taraleigh is a Ph.D. Candidate and Lecturer in Political Science at the University of Wisconsin-Milwaukee. She studies American politics with a focus on judicial politics. She is teaching Law & Society and Constitutional Law: Civil Rights and Civil Liberties this academic year. She is a member of the Experimental Politics Lab led by Professor Kraft.

Taraleigh’s dissertation focuses on mapping and understanding the U.S. Supreme Court’s “shadow docket” — the cases the Court hands down that are not orally argued and are not accompanied by a majority opinion. Drawing on an original database of the emergency docket, as well as a pre-registered survey experiment, her dissertation looks at the Supreme Court’s “third shift” and its impact on policy, precedent, and public opinion. Her data will clarify the picture we have of Supreme Court decision making providing evidence to evaluate the impression that the Court has turned more frequently to make even more consequential decisions “in the shadows.”

Overall, Taraleigh’s research interests broadly focus on U.S. Supreme Court decision making, the judicial process, survey experiments, and text analysis. She has been analyzing oral argument in the United States Supreme Court using text as data to uncover potential systematic differences across justices. Most recently she has been running surveys to investigate public opinion of the Supreme Court in the wake of the Dobbs v. Jackson Women’s Health Organization decision. 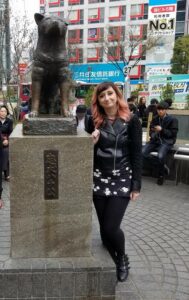 Sam is a doctoral dissertator, and she expects to defend her dissertation in December. She has concentrations in comparative politics and international relations. Her dissertation measures the comparative constitutional outcomes for indigenous nations in Latin America in an originally-constructed dataset. This same work also measures the influence of democracy, grassroots mobilization, ethnic population, fractionalization, and other relevant factors on the adoption of protective minority rights in state constitutions. Overall, her research interests converge on ethnic conflict, minority rights, comparative human rights regimes, international organizations, and other related fields. She is particularly interested in the evolving status of citizenship, politically marginalized communities, conflict, and conflict management.

A recipient of FLAS, Sam uses her knowledge of multiple foreign languages to study comparative political policies and outcomes. This skill is applied directly to comparative legal studies, text analysis, and other firsthand analysis. In her current position, Sam teaches comparative politics courses at Marquette University while finishing her doctoral dissertation. 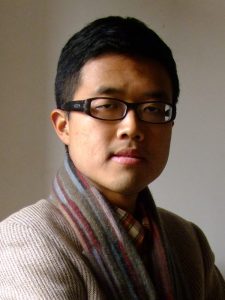 In general, Jingnan Liu (刘景南) studies comparative politics and international relations. His research interests include comparative authoritarianism and democratization, nationalism and ethnic conflicts, and international political economy. He also specializes in Chinese politics. In the dissertation, he applies several statistical analysis strategies to estimate the effects of the Chinese Communist Party’s personnel management on China’s economic reform and development. Through showing quantitative evidence, his research reveals that, even though experiencing reform for decades, the Chinese economic development is still based on the informal politics. Jingnan also conducts research on post-Cold-War globalization and democratization, ethnic conflicts in China’s remote provinces, Chinese foreign policies, and anti-corruption campaigns in China. His work is forthcoming in some top journals, such as Review of International Political Economy and Journal of East Asian Studies. He has several other works under review.

Dissertation Title:
The Political Economy of Factionalism in Reform-Era China: Informal Institutions and the Regional Distribution of Non-Public Investment

Dissertation Abstract:
This dissertation discusses the effects of the Chinese Communist Party’s (CCP) formal personnel management and informal politics on Chinese reform and development. It argues that the CCP’s informal politics can help to improve China’s economic reform performance. In the absence of strong rule-of-law institutions to sustain the market economy, the CCP’s organizational resources enable the supreme leaders to control their political factions. The CCP’s supreme leaders thus can induce non-public investors to follow the party’s economic development goals. Thus, the CCP’s informal politics may not result primarily in inefficiency or chaos. Instead, it may be a driving force for informal cooperation between the party officials and private entrepreneurs, which makes well-connected provinces especially attractive destinations for private investment. Quantitative research methods are applied to conduct several original empirical studies. The first study analyzes how the party’s top leaders control provincial personnel through factions. It shows that the CCP’s supreme leaders still dominate personnel management at the highest levels of China’s party-state. The second study analyzes the relationship between factional politics and the growth rate of domestic non-public investment. Analysis of provincial-level panel data from 1993 to 2017 shows that shared working experiences between provincial leaders and the CCP’s incumbent supreme leader significantly increase the growth rate of private investment. The third part further illustrates the impacts of such factions on the regional distribution of foreign direct investment (FDI). Empirical evidence shows that provincial leaders’ personal connections with the CCP’s incumbent general secretary had positive and statistically significant effects on the annual growth rate of provincial FDI inflows. These effects were more salient in inland provinces and during the Xi Jinping era. Overall, this research shows the importance of informal politics in promoting China’s economic reform and prosperity. Although informal politics may contribute to sub-optimal distribution of economic resources, it may also compensate for the weaknesses of Chinese formal legal system in promoting the non-public economy. 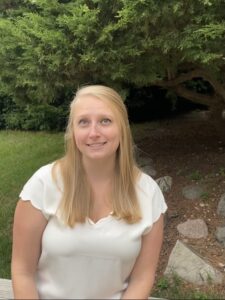 Jackie’s dissertation focuses on the intersection of ethnicity, conflict, and refugees. With the development of a new dataset on refugees’ majority or minority ethnic status in a country of asylum, she looks to unravel how one’s ethnic identity can influence the production, flow, and treatment of refugees fleeing conflict.