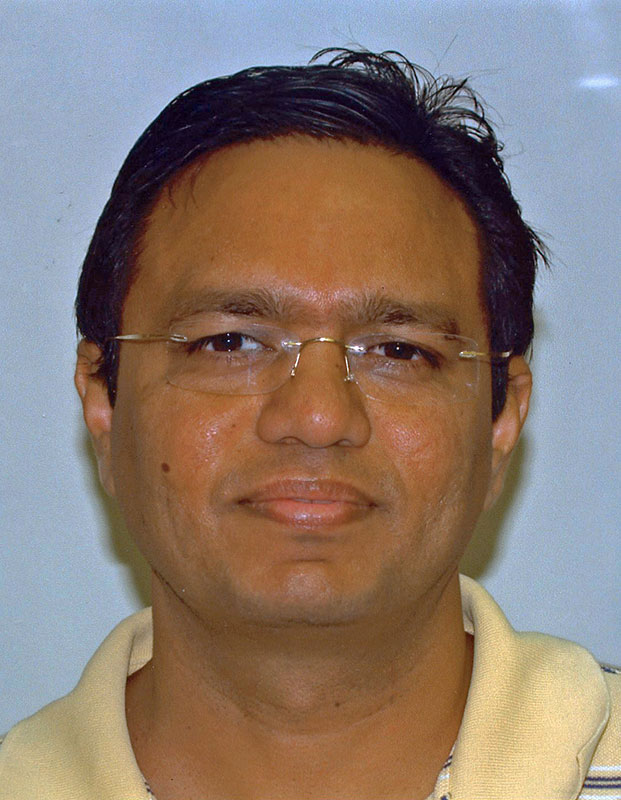 The long-term objective of the research in my laboratory is to understand the mechanisms of symbiotic interactions in non-legume crops and to manipulate these responses for sustainable agriculture. The research is currently focused on:

Determining the mechanism of rhizobial-cereal interactions and its link to mycorrhizal symbiotic pathway. Because cereal growth is limited by nitrogen, the high yields of these crops are currently dependent on fertilizers that are a major on-farm expense and cause significant environmental damages. In view of the increasing demand for higher production of these crops, the development of alternative strategies to enhance crop production while reducing fertilizer use is of high priority. One such strategy is to use rhizobia that form intimate endophytic association with these crops and increase their growth. Rhizobia are soil bacteria that form a very efficient nitrogen-fixing association with legumes. Recent studies have shown that rhizobia hijacked the genetic machinery of legumes involved in symbiosis with mycorrhizal fungi. Similar to legumes, rice forms symbiosis with mycorrhizal fungi and contain the homologues of legume genes necessary for interactions with rhizobia. Preliminary results from the investigators' laboratories indicate that a rhizobial strain utilizes the mycorrhizal symbiotic pathway to colonize rice tissues. The goal of this project is to determine the molecular and cellular mechanisms of both rhizobia and rice that result in this beneficial association as well as to evaluate the potential of rhizobial nitrogen fixation with rice. This rhizobial-cereal interaction provides a unique opportunity to study the initial relationships and mutual benefits that probably allowed legume nodulation to appear but also, in the long term, to use this system to engineer nitrogen fixation in cereals by following the path of legume evolution.

Bacterial sulfur metabolism and its role in symbiotic and pathogenic interactions. Rhizobial symbionts of legumes require large amounts of sulfur for nitrogenase, glutathione, and many other proteins and cofactors essential for bacterial physiology. While sulfur deficiency often limits nitrogen fixation, very little is known about the sources of sulfur that rhizobia utilize during symbiosis. Despite what is often surmised, sulfur in soils and in planta is predominantly in the organic form as sulfonates and s-esters. While the annotated genomes of all rhizobial strains contain homologues of organic sulfur utilization genes that have been characterized in other bacteria, they do not contain homolog to well characterized sulfur regulatory proteins found in many bacteria studied thus far. The goal of this project is to determine the genetic and regulatory mechanisms of sulfur metabolism in rhizobia and the role of these mechanisms in symbiotic nitrogen fixation. Additionally, we are exploring the sulfur metabolism and its links to bacterial pathogenesis in plants and animals.

Identifying mechanisms for plant colonization and nodulation in soils. Plant beneficial microorganisms are likely to play an important role in improved crop production and food security. Successful colonization of the host plant requires mechanisms to outcompete other microbes present in the rhizospheric soil. However, most studies have been performed in laboratory conditions that may not reflect soil environments. During our research with Mimosa nodulating Burkholderia, we found that soils in the USA do not contain these bacteria. This provides a great opportunity to better understand the mechanisms that these bacteria utilize to colonize and nodulate Mimosa in soil conditions. We plan to utilize genome-wide approaches such as metagenomics and Tn-Seq to identify these mechanisms.

Compare rhizobial mechanisms for legume nodulation during primitive crack entry and advanced root hair infection. Rhizobial-legume symbiosis that leads to formation of nodule and nitrogen fixation is highly complex requiring a plethora of genes from both partners. In the majority of legumes, the rhizobial infection occur through root hairs. However, in some legumes the infection occurs through “crack entry” at lateral root junction, which is considered a more primitive form of nodulation. In contrast to the understanding of the mechanisms involved in root hair infection, very little is known about the genes required for “crack entry”. To determine the mechanisms of “crack entry”, we are utilizing aquatic legume Sesbania cannabina that forms symbiosis with Rhizobium sp. IRBG74 through both root hairs and “crack entry”. We will use both classical mutagenesis and Tn-Seq to identify the genes important for both processes.