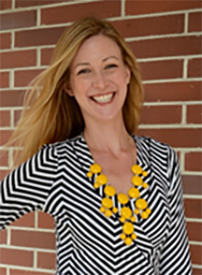 Kay is a graduate of the University of Wisconsin-Milwaukee where she earned a Master of Science in Administrative Leadership in Higher Education. Kay joined the UW-Milwaukee team in 2012 serving in multiple roles within enrollment and student success before being named the AVC for Enrollment Management in 2021. In this role Kay oversees the Division of Enrollment Management including the Office of Undergraduate Admissions, the Registrar’s Office, the Financial Aid Office and the Career Planning & Resource Center.

Previously she attended the University of Nebraska – Lincoln earning a Bachelor’s degree in Journalism. Prior to her current role, Kay served as UWM’s Director of the Student Success Center and at Herzing University as the System Director of Career Development.