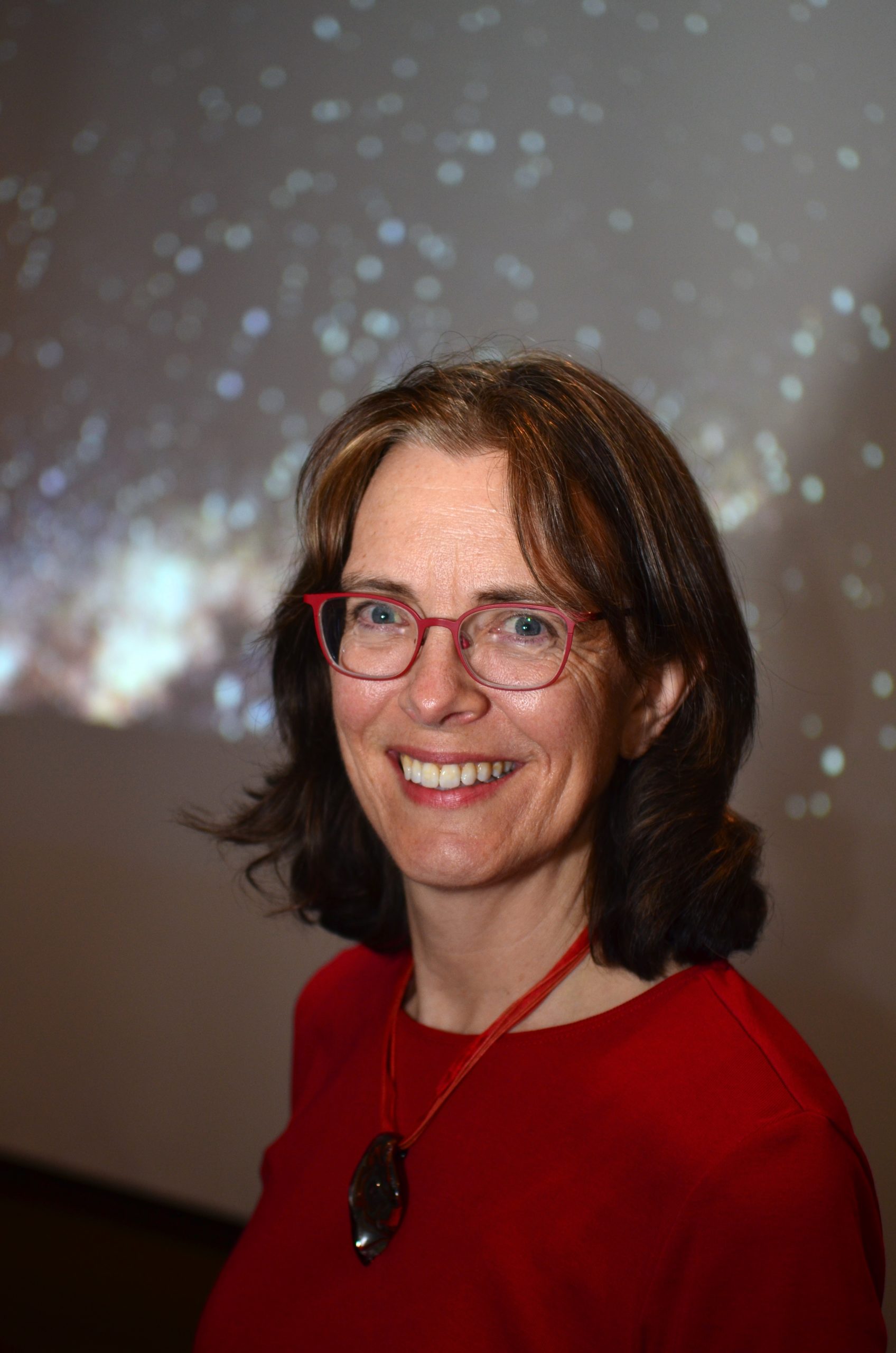 Dr. Jean Creighton has always been inspired by how the cosmos works. She was born in Toronto, Ontario and grew up in Athens, Greece where her mother claims she showed a great interest in how stars form from the age of five. She studied physics at the University of Athens and went on to earn a Master’s degree from Saint Mary’s University in Halifax, Nova Scotia, and a PhD in Astrophysics from the University of Waterloo. She began teaching astronomy at UW-Milwaukee in 1999 and, in 2007, she became director of the UWM Manfred Olson Planetarium. In 2014, she was selected by NASA to be an Airborne Astronomy Ambassador and to spend 20 hours in the stratosphere on SOFIA, the largest moving observatory in the world. She is very proud to have shared the cosmos with over 150,000 members of the community.