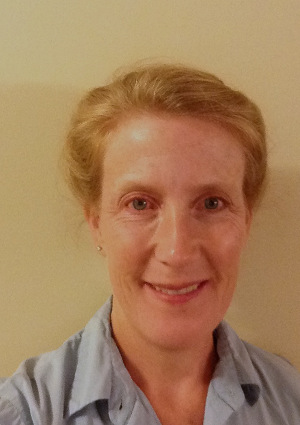 Early work in diffuse tomography led to cone beam CT inversion as a corporate scientist. Dr. Patch returned to academia to focus (pun intended!) on thermoacoustics. Thermoacoustic imaging is a hybrid technique in which rapid heating induces outgoing pressure pulses, which are detected noninvasively by transducers surrounding the field of view. Dr. Patch has developed an inversion formula for idealized thermoacoustic data and quantitatively imaged the electrical conductivity in fresh surgical specimens. Most recently, she has turned her attention to thermoacoustic range verification during ion therapy.

Sarah Patch received her BS in Mathematics & Computational Sciences from Stanford University in 1989 and her PhD in Applied Math from UC Berkeley in 1994. She then obtained a National Science Foundation Postdoctoral Fellowship in Mathematical Sciences and worked at the Institute for Mathematics and its Applications from 1994 to 1995. In 1995, she was awarded a Humboldt Postdoctoral Fellowship to work at the University of Muenster, Germany. The following year Patch went back to Stanford University. From 1997 to 1999 Patch held a position GE’s Corporate Research and Development Center; in 2005 she joined GE Medical Systems’ Applied Science Lab in Milwaukee. Since 2005, she has been working at University of Wisconsin-Milwaukee.

Professor Patch is inventor on more than 10 patents, as well as author on numerous publications. Her work has been supported by NIH, NSF, and DARPA.