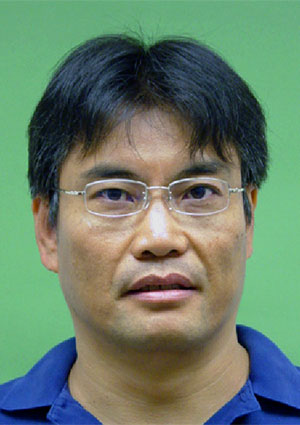 Professor Li conducts research to unveil structure and property relationships of condensed matter at atomic scale. Current focus is the epitaxial growth of graphene, topological insulators, Fe-based superconductors, 2D transition metal dichalcogenides, and the application of atomic scale imaging and spectroscopic techniques to gain new insights into the emergent quantum behavior of matter from the interplay of strain, proximity, correlations, and spin-orbit interactions. The research is currently supported by grants from NSF and DOE.

Lian Li received his BSc in Physics from Yunnan University, China in 1983, and MSc in the same field from Tongji University, China in 1987, and his PhD in Solid State Physics from Arizona State University in 1995. He then received a Fellowship from the Japan Society for the Promotion of Science to conduct research at the Institute for Materials Research, Tohoku University, Japan from 1995 to 1996. He held a staff research associate position at the University of California, Los Angeles from 1996 to 1999. He joined the UWM Physics department in 1999, where he currently holds the rank of Professor. In 2006, he was a visiting professor at the Institute for Materials Research, Tohoku University, Japan.