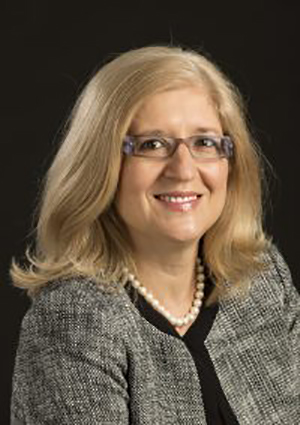 Marija Gajdardziska-Josifovska’s group uses atomic resolution transmission electron microscopy, diffraction, and spectroscopy methods to understand how the combination of ionicity and limited dimensionality leads to new physical properties and useful applications. Her funded research program aims to elucidate the stabilization mechanisms for polar oxide surfaces and interfaces by studying their atomic and electronic structures. The focus is on polar oxide systems with applications in energy, environment, and novel forms of electronics. Her group also works with a wide range of nanostructures, with recent work on hybrid nanosensors, based on oxide nanoparticles supported on carbon nanotubes or graphene sheets, and complex oxide nanoparticles with promising multiferroic properties. In the area of biophysics she collaborates with colleagues from the life sciences to develop targeted magnetic nanotechnology therapies for stroke and cancer, and to study naturally occurring magnetic nanocrystalline biominerals created by the iron storage proteins in plants and bacteria. She has contributed to technique developments in nanodiffraction, electron holography, reflection electron microscopy, and dynamical in-situ transmission electron microscopy. Her research has been supported by extramural grants from the National Science Foundation, the Department of Energy, and the Research Corporation.

Marija Gajdardziska-Josifovska’s studies and work in physics have spanned three continents. She received a BSc in 1981 from Ss. Cyril and Methodius University in her native Macedonia, where she also held a teaching position until 1987. As the sole recipient of the annual Australian-European Graduate Award, she obtained an MS from The University of Sydney in 1986. At Arizona State University she obtained a PhD in 1991, followed by a two-year research fellowship at the National Center for High Resolution Electron Microscopy. Since 1993, Gajdardziska has been at the University of Wisconsin-Milwaukee, where she holds the rank of Professor. She is founder and director of the Laboratory for High Resolution Transmission Electron Microscopy in the Department of Physics. In 1995 she was a Faculty Fellow at Oak Ridge National Lab and in 2008 she was an Academic Visitor at Oxford University. She is a graduate of the 2009 Management Development Program of the Harvard Institute for Higher Education.

In addition to her research, teaching, and outreach interests, Prof Gajdardziska has been elected for governance functions and appointed to administrative positions. Currently she serves as Dean of the Graduate School, having previously served as the Chair of the Department of Physics, Director of the Laboratory for Surface Studies, Associate Dean for Natural Sciences in the College of Letters and Sciences, and as Associate Dean for Natural and Biomedical Sciences and Engineering in the Graduate School. Of her many roles in faculty governance the most notable is her service on the Faculty Senate and its executive University Committee. In addition to reviewing for journals and funding agencies, she currently serves on the Editorial Board of Microscopy and Microanalysis (the journal of the Microscopy Society of America) and the Science Advisory Committee of Argonne National Laboratory’s Electron Microscopy Center. She has been active in the area of STEM K-12 outreach for more than a decade. In 2012 she was elected to serve on the Board of the Wisconsin State Science and Engineering Fair, also known as the Badger high school fair. Her recent mentoring of a high school research project on nano particles in aquatic and potable freshwater won the Wisconsin Stockholm Junior Water Prize, competed at the national level, and was presented at a major scientific conference.

Gajdardziska-Josifovska has received multiple honors and awards, including Fellow of the Microscopy Society of America “For pioneering work in polar oxide surfaces and interfaces with electron microscopy and diffraction and for leadership and mentoring roles in academia and the profession.” (2014), Women of Influence Award by the Milwaukee Business Journal (2014), White House/National Science Foundation Presidential Faculty Fellow Award (1995), Oak Ridge National Lab Summer Faculty Fellowship (1995), the UWM Foundation Research Award (1998), the Research Corporation Research Opportunity Award (2004); preceded by awards during her student years including the Herman E. DeMund Scholarship (1990; one a year for ASU), Australian-European Graduate Award (1985; one a year for Europe), and the award for Best Undergraduate Student in Physics graduating between 1976-86. Four doctoral students (Marvin Schofield, Vlado Lazarov, Eric Mattson, and Evan Krystofiak) have won Presidential Student Awards for research conducted with Prof. Gajdardziska, the highest graduate student honor from the Microscopy Society of America. The same society has bestowed the Outstanding Technologist Award to Mr. Donald Robertson who manages the Physics HRTEM lab.