View All Updates
New to UWM?
Research Portal
He is regarded as one of the leading forecasting experts in the United States and the world. 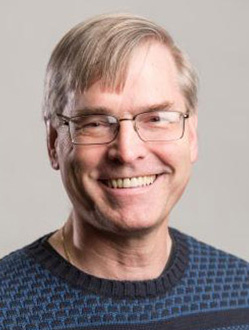 Paul Roebber is regarded as one of the leading forecasting experts in the United States and the world, and his research has affected how future weather is determined today.

Roebber’s research has led to an improved method for forecasting snowfall which has recently been adopted as the standard methodology by the National Oceanic and Atmospheric Association’s Hydrometeorological Prediction Center.

In addition, his research group was the first to show that high-resolution weather prediction models can reliably predict the occurrence, mode and timing of thunderstorms within a region 24 to 48 hours in advance.

Roebber also is widely regarded for his teaching expertise and for finding effective ways for his students to be actively involved in research. In the last two years, he created a program in which both undergraduate and graduate students provide targeted forecasts to local businesses. Eight clients, including We Energies, are signed up, and the contracts with these businesses are leading to new waysto support students in atmospheric science.