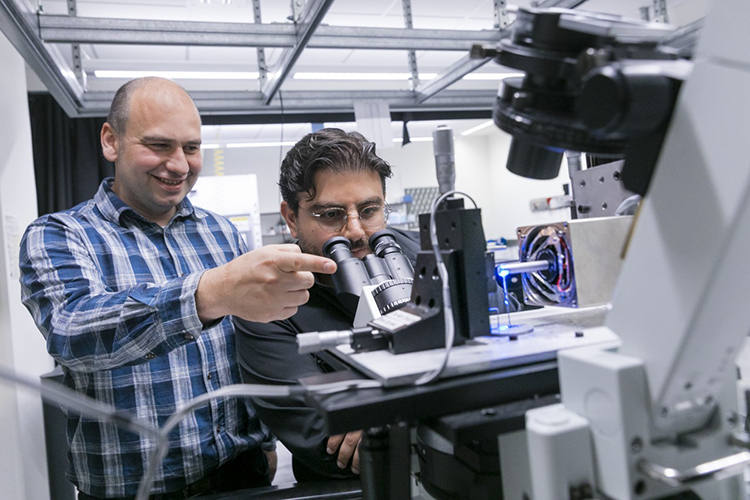 Imagine a robot with fingers so flexible they can grasp an object the same way a human hand does. That’s the goal of soft robotics, but a major obstacle in advancing the field has been finding flexible materials that resemble human tissues and can be programmed to generate reversible shape changes.

Two biophysicists at the University of Wisconsin-Milwaukee have introduced a method that could turn protein hydrogels into smart materials with shape-memory capabilities. Protein hydrogels are biomaterials made almost entirely from proteins, which are the molecules that carry out most of the functions inside our cells.

Protein-based hydrogels have been more difficult to manipulate than their alternative, polymer hydrogels, in medical uses, such as tissue scaffolding and drug delivery. But they have more potential in these and other shape-changing applications because the proteins they contain naturally change their shapes in order to carry out biological functions – a process called “protein folding.”

A technique developed by Ionel Popa and Luai Khoury makes it easier to program protein hydrogels to take complex shapes by treating them with polyelectrolytes, which are polymers that become electrically conductive in water. The hydrogels then lose their 3D structures in the presence of certain chemical denaturants.

The work, described in a paper published today in Nature Communications, could lead to much wider uses of protein hydrogels, both as conventional biomaterials and as new materials for fields such as soft robotics, said Popa, a UWM assistant professor of physics.

In our bodies, proteins accomplish all the functions necessary to sustain life – from maintaining our bodies’ temperature to orchestrating the complex process of turning food into energy. Proteins “activate” by folding or unfolding into different 3D shapes, each of which corresponds to a specific function.

“The point is that protein-folding can be reversed,” said Popa. “Here we take advantage of the inherent property that proteins have to undergo many unfolding and refolding cycles, resulting in macroscopic changes in the material shape. This folding/unfolding is unique to proteins, and could have not been done using polymer hydrogels.”

Popa and Khoury, a postdoctoral researcher and the paper’s first author, have been using a technique developed at UW-Milwaukee called force-clamp rheometry, which measures the elastic response of biomaterials containing proteins.

Khoury found that incubating a protein hydrogel in a solution of polyelectrolyte forms a secondary network in addition to the primary protein network. This secondary network stiffens the hydrogels, which is necessary to program their shapes.

The researchers anticipate that, in the future, the reversible response also could be induced by other protein-folding triggers, such as salt, light, temperature or pH.

Khoury credits the custom instrumentation built by Popa with helping them in their discovery. “These proteins are hard to produce – and expensive,” Khoury said. “Popa’s apparatus uses a very low amount of material and exposes the soft hydrogels to low forces, similar to those encountered in the human body.” 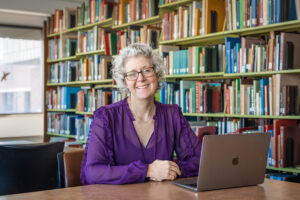