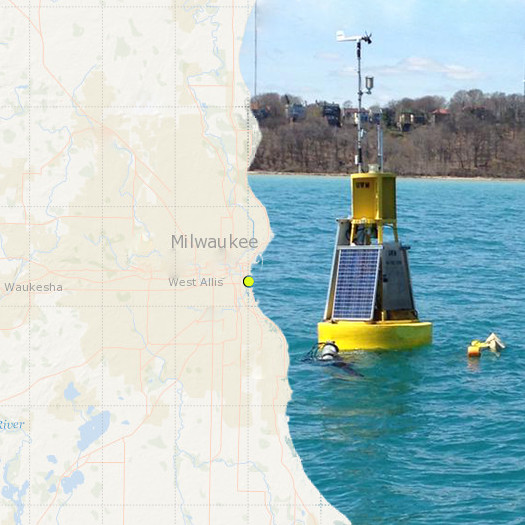 System Does Not Report to NDBC

The Atwater 10-meter station (Endurance) is located approximately 1 km offshore of Milwaukee’s Atwater Beach in Lake Michigan, a two-point mooring system secures the buoy over sand and rock substrate in 10 m of water. The coastal data buoy is equipped with a solar-powered weather station and water quality sensors that collect data every 30 min, as well as a cellular modem for real-time data communication. 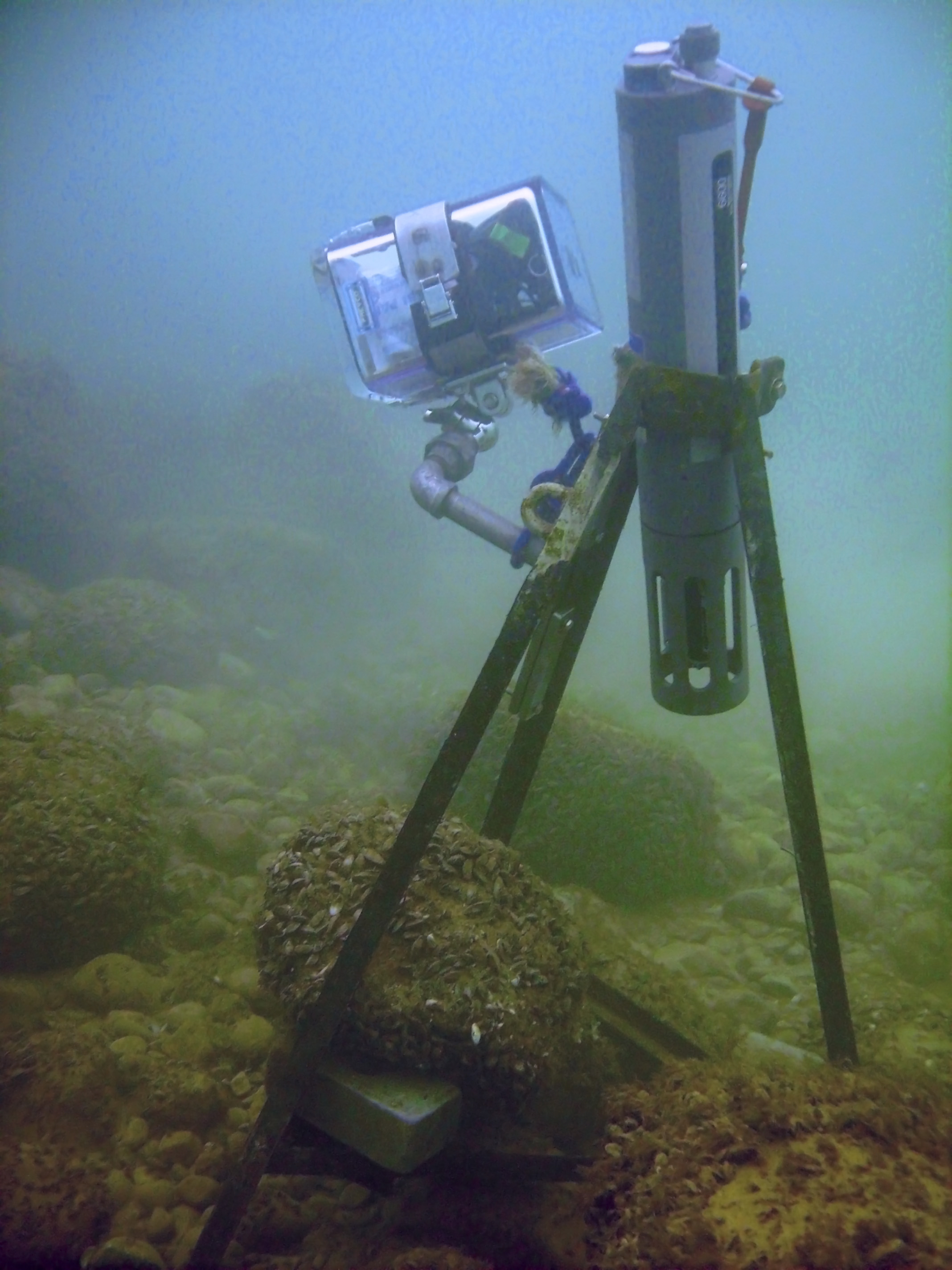 The Atwater 10-meter buoy is augmented by a suite of sensors deployed on the lake bottom, including an acoustic Doppler current profiler, a fully equipped YSI water quality sonde, a photosynthetically active radiation (PAR) logger, a vertical string of temperature loggers, and a time-lapse camera that collects images at half-hour intervals. The time-lapse imagery is used to monitor the growth of nuisance algae (Cladophora) and the movement and abundance of some nearshore fish species, including alewife and round goby. Data from these sensors is not transmitted in real-time.  Rather, it is collected at approximately monthly intervals.

The data from both surface and bottom sensors are being used to calibrate and validate a nearshore ecosystem model, with the goal of better understanding the mechanisms that lead to excessive algae growth.  In addition, these data are providing insights into the impact of invasive species, such as quagga mussels and the round goby, on nutrient cycling and food web dynamics in Lake Michigan.  In addition to support from GLOS, this work is being done in collaboration with Wisconsin Sea Grant, the U.S. Environmental Protection Agency, the Wisconsin Department of Natural Resources, and the Milwaukee Metropolitan Sewerage District.