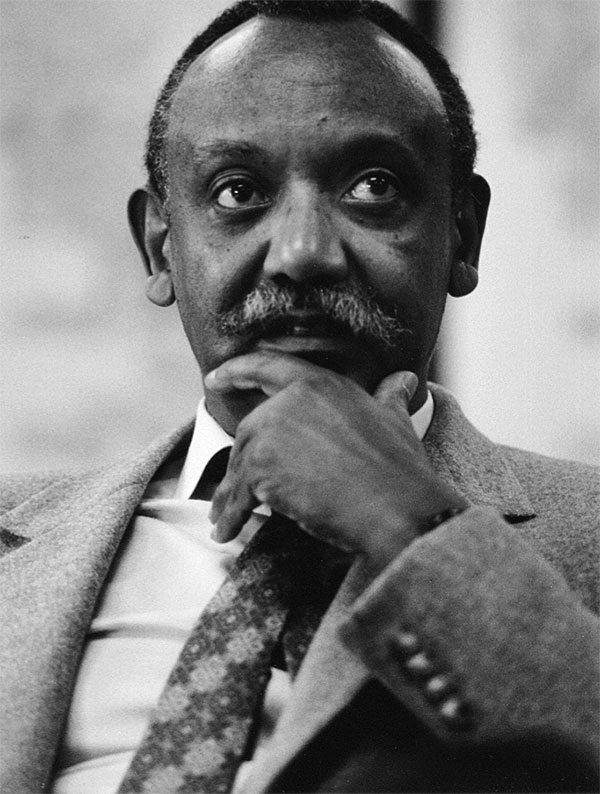 It is with great sadness that we share news of the death of Distinguished Professor Emeritus of Geography and Urban Studies Harold M. Rose. Originally from Tennessee, Dr. Rose received his PhD in Geography from Ohio State University in 1960. After holding positions at Northwestern University, UCLA, Washington University, and Florida A&M, Dr. Rose joined the Geography faculty at the University of Wisconsin-Milwaukee (UWM) in 1962. Professor Rose had a long and distinguished career at UWM. He was active not just in Geography, where he served as chair from 1990-1994, but he was also a key figure in the Department of Urban Affairs (now Urban Studies), which he chaired from 1970-1973 and 1974-1977, and in the Department of Afro-American Studies (now Africology), which he chaired from 1977-1978.  While the number of students Dr. Rose worked with is difficult to enumerate, he touched the lives of countless urban scholars and practitioners. He modeled the role of public scholar and mentor long after his retirement.

Dr. Rose was a groundbreaking and courageous scholar whose research challenged racism at a time when very few in geography even acknowledged racism and its consequences. Professor Rose’s interest in racism and the social and spatial production of the Black ghetto developed upon his arrival to Milwaukee. He came to a deeply segregated city during a time of heightened civil rights activism around housing and school segregation. He began his career exploring issues of natural resource management but shifted his focus to examine those problems that he found more immediate to his lived experience in the mid-1960s Milwaukee. Joining a small group of geographers in a debate about the relevance of the discipline, Professor Rose modeled the example of community-engaged research. He was extensively involved in community service, from his early work with the Milwaukee Urban League to his seat on the Board of Directors for the community-based North Milwaukee State Bank.

Professor Rose retired from UWM in 1995 after thirty-three years of teaching, pioneering scholarship, and a remarkable career of mentoring and public scholarship. He served as President of the Association of American Geographers (AAG) from 1976-1977 and received an AAG Lifetime Achievement Honor in 1996. He was the first Black president of the AAG—and remains the only Black president some 38 years later—and he used his platform to challenge urban racial segregation and discrimination. His presidential address, entitled “Geographies of Despair” (published in the Annals of the AAG in 1978) focused on racial inequality and violence involving Black males. In 2012, Audrey Kobayashi, then president of the AAG, announced the creation of the Harold M. Rose Award for Anti-Racist and Practice in Geography, on behalf of the AAG council, noting his pioneering work in the study of urban racial segregation and discrimination.

Geography has lost an extraordinarily important, but often overlooked figure. Dr. Rose made significant contributions to geographic understandings of segregation and racism as a socio-spatial process and yet too few in our discipline know and recognize his contributions. In celebrating his remarkable life and achievements, let us not lose sight of the challenges that motivated Dr. Rose’s anti-racist scholarship and teaching. We extend our deep sympathy to his family—including his wife, Ann and his son and granddaughter—and to the many others whose lives he touched.