The Center for Latin American and Caribbean Studies,

All films will be shown in their original language with English subtitles.

Special thanks to Madeleine Haggerty for programming assistance.

In collaboration with the Chicago Latino Film Festival.

Los Reyes is the oldest skatepark of Santiago, Chile, and within it live two stray dogs that reign supreme, Chola and Football. These two dogs have settled into the skatepark despite the bustling and rowdy atmosphere. The skaters of the parks offer their own story through voice-over and convey their experiences, but the two dogs are the focal point as the camera delightfully documents their everyday life. Winner of the International Documentary Film Festival Amsterdam.

In Mexico’s first-ever fiction film with an all Black cast, Afro-Latino communities are center stage. Set in small towns in Costa Chica, the film follows the story of two women (Juana and Magdalena) who are both romantically involved with the same man (Neri). The film focuses on the concept of el queridato (a near obsolete practice in the local areas of Oaxaca where one man has a primary relationship but lives with more than one woman).  Attempting to shine light on the quotidian life of the villages on the coast and the often overlooked Afro-Mexican population, the film highlights coastal life and is cast with non-professional actors.

No es el camino (This is not the way)

Filmmaker Eric Corvalán joins UWM’s Center for Latin American and Caribbean Studies to host a conversation after a screening of his two films, Raza and No es el camino. Corvalán’s work, Raza, takes up racism in Cuba and is at the forefront and debate in this documentary that continues to be compelling and pertinent for discussion. This bold documentary encourages the breaking of silence amongst many Cubans when it comes to race relations.

No es el camino is a close look at how children are raised in Cuba with particular attention to physical and mental abuses within families. Testimonials and interviews from communities and experts provide context and information about the acts of violence.

Screenings and conversations will conclude by 6:45PM. 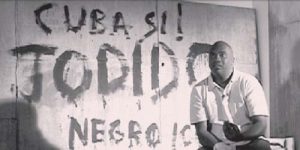 Featuring Latin American film and television stars Carmen Villalobos, William Levy  and Susana Dosamantes, Disla’s supernatural comedy centers on an impertinent young actress who arrives to the Dominican Republic to shoot a movie under the supervision of her manager and boyfriend. But when a terrible accident leaves her in a coma, her wandering spirit seeks the help of a psychic and con artist. They discover that she’s cursed, and time is running out.

This is a fun, boisterous documentary about the Jewish community that held the Mambo close to its heart. Traversing between New York, Havana, Miami Beach, and the Catskill Mountains, this film chronicles the story of Mambo dancers from the 1950s that never ceased to practice and dance the Mambo even into their retirement years. Their passion for the Mambo shines across the screen as film brings us closer to this unexamined part of Jewish culture.

The country is on the verge of a civil war, following the resignation of president Jânio Quadros and the movement to keep vice-president João Goulart from taking office. Using the radio transmitter from his improvised bunker, Leonel Brizola, governor of Rio Grande do Sul, sets up the Resistance movement, to ensure Goulart’s right to the presidential chair. Caught in the crossfire, two brothers who are in love with the same woman unite to fight alongside Brizola. 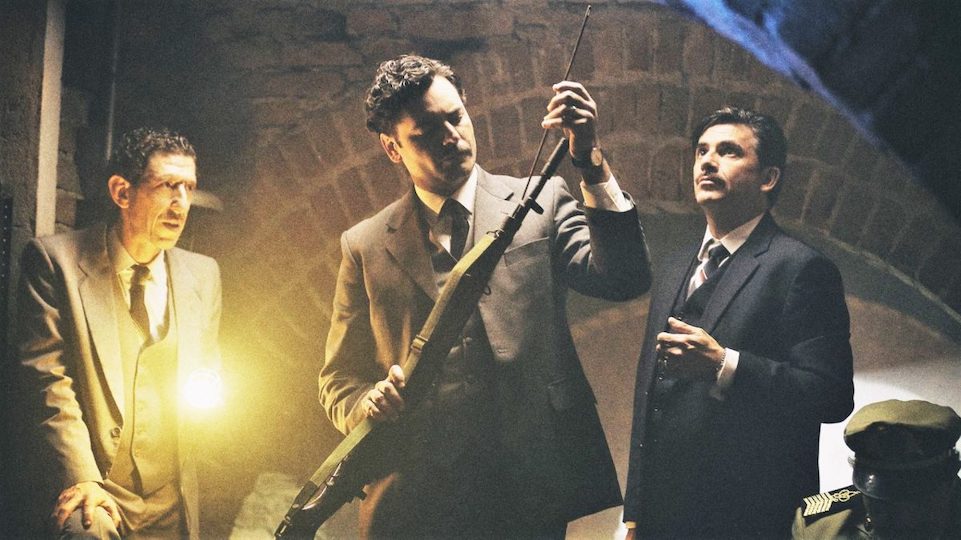 Rodrigo Triana, winner of the 23rd Chicago Latino Film Festival’s Audience Choice Award in 2007 for his comedy “A Ton of Luck” returns with this hilarious satire of such reality talent shows as “The Voice” and “American Idol.” Born with a silver spoon, Camilo discovers his passion for singing and pop music while studying abroad. It will be hard to convince his family that he wants to pursue a career in the music industry, though. So, he and a friend concoct a scheme: in order to audition in Colombia’s most popular talent reality show, Camilo will pretend to be blind and poor and hire a humble and charming family to pass off as his own family. But life is not a reality show.

Leona is a young Jewish woman finding her own path towards love. Taking place in Mexico City, the story follows Leona as she negotiates the labyrinth of life in her experiences around the metropolis. She struggles and attempts to balance family pressures, faith, and her own feelings of love and desire.

José is a beautiful love story set against the backdrop of real-life hardship in Guatemala. The film situates the main character’s experiences amidst the urban and rural landscape with poetic visuals. The film grapples with the difficulties faced by Latin Americans in the LGBTQ community including poverty, sexuality, politics, religion and violence.