Home » El Futuro Maya II
The original El Futuro Maya:  Voces del Presente was produced in 1998, shortly after the signing of the Guatemalan Peace Accords.  The documentary focused on Maya voices – on what it means to be Maya, on the role of language, on hopes for the future.  In 2015, a sequel was filmed, interviewing thirteen of the original participants and six new individuals.  How have their perspectives changed and how do they describe the Maya Movement today? 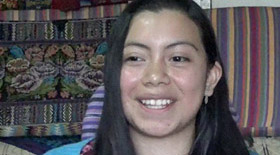 Visions for the Future