UWM’s School of Architecture is marking its 50th anniversary in a yearlong celebration that concludes with a gala weekend in April. To commemorate five decades of education, research and community engagement, architecture faculty members picked the most important structures built in Milwaukee during each decade since the school was established in 1969.

Milwaukee’s most iconic structure might be the Quadracci Pavilion at the Milwaukee Art Museum along Lake Michigan. Designed by Spanish architect Santiago Calatrava and completed in 2001, the pavilion’s signature characteristic is the Burke Brise Soleil, a moveable, wing-like sunscreen that rests on top of the glass-enclosed Windhover Hall. Its wingspan is similar to a Boeing 747.

The pavilion’s futuristic design stands out in a downtown skyline dominated by more traditional architecture.

“What I love about Milwaukee is the city adopted it, even though it seems very foreign to what’s being made here, as the image of the city,” said Mo Zell, an associate professor and chair of the architecture department. “That’s a great thing when it feels like we live in a slightly conservative environment and the exotic is what everyone can adopt and get behind.

“It’s the thing that helps give the city an international identity,” Zell said. “Is that worth it? Absolutely.”

Other buildings and structures: 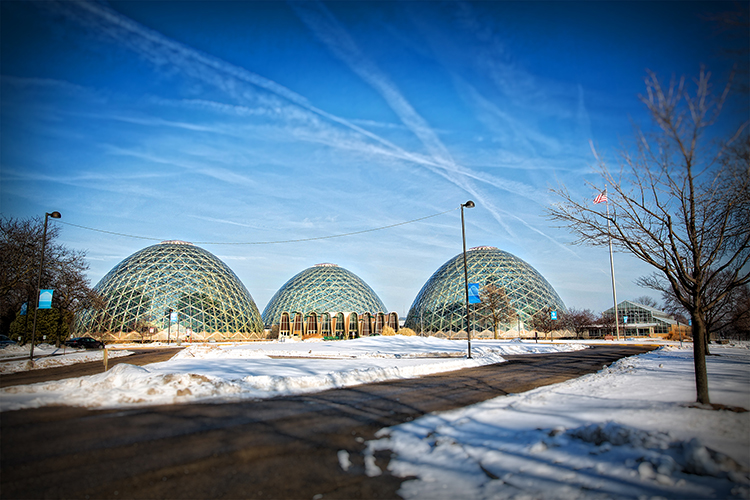 Assistant Professor Whitney Moon: “The Domes were intended to replace an existing conservatory designed by Henry C. Koch comprised of iron and glass, modeled after the iconic Crystal Palace for the Great Exhibition in London. They mark a radical departure from 19th century architectural and engineering trends to a postwar fascination with both futurism and experimental structures. The Domes challenged not only the existing built environment of Milwaukee, but architecture as it was known in the 20th century. Remarkably, some 50-plus years later, the Domes still serve as icons. Importantly, they remind us that challenging convention is an architectural risk worth taking.” 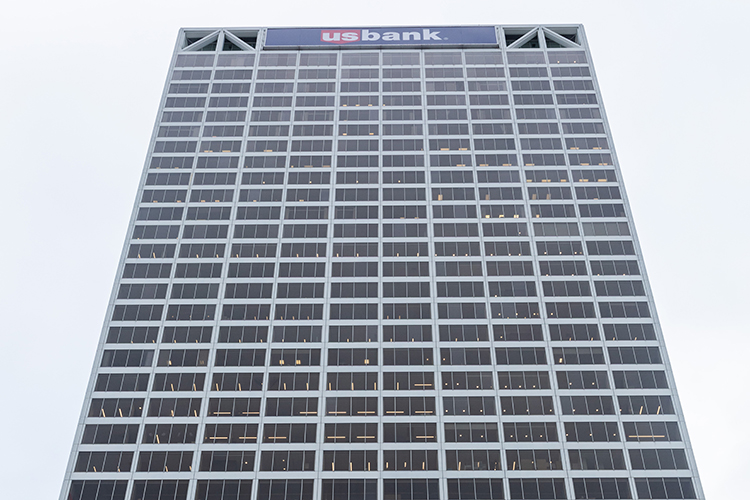 Associate Professor Kyle Reynolds: “Milwaukee’s first iconic example of the international style, which is a version of modernism that produced a lot of the glass office towers that we now associate with being office buildings. It was something that really stands out and puts Milwaukee on the map equal to similar development around the country and around the world with the international style movement. It’s a very simple structure with a grid, a plinth base and white-and-glass tower, so it looks relatively standard now, but at the time it was built, I would imagine it was quite jarring and different.” 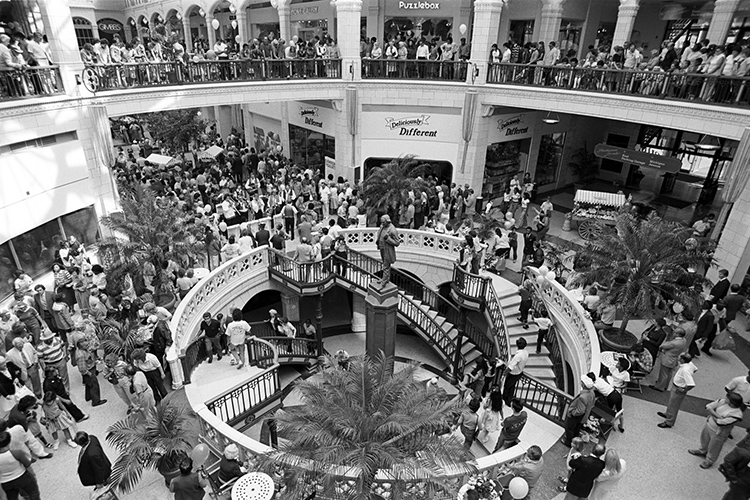 Background: The Downtown Milwaukee mall opened in 1982 as a bustling shopping center. Stores began to close in the 1990s as newer malls opened and some anchor stores began to leave. Spans three city blocks. Current redevelopment plans call for transforming the property into a mixed-use complex called The Avenue.

Reynolds: “Grand Avenue was an attempt to reestablish retail in the city in an urban environment. The retail landscape changes really rapidly. In the 1990s and early 2000s, malls started to fall out of favor and you started seeing a lot of them starting to close or be renovated. Grand Avenues experiences something similar. Now it’s a really smart thing what they’re doing with the space – trying to inject it with new energy, new types of programs. And the nice thing about retail environments is that they’re really easy to adapt.” 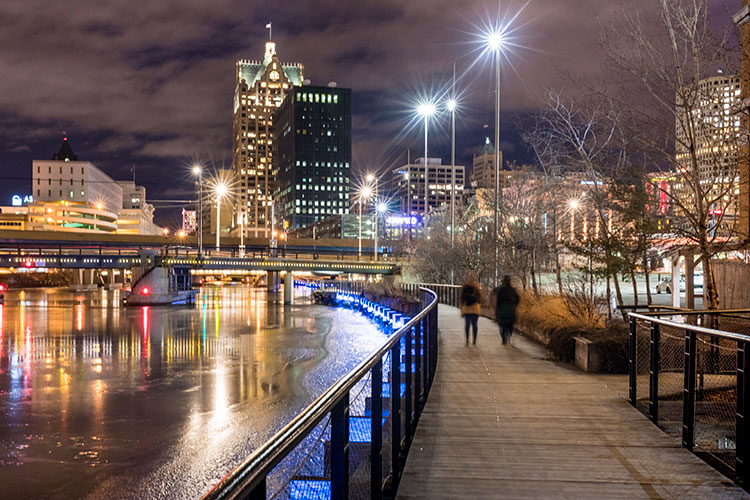 Background: Connects downtown to Historic Third Ward and Beerline “B” neighborhood with roughly 20-block promenade along the Milwaukee River. Project began in 1993. Operates as a public-private partnership.

Zell: “The RiverWalk comes at a moment in the 1990s when cities are starting to transition from their industrial past to their recreational futures.It’s part of that commitment in reinvesting in waterfront amenities and seeing those amenities as things that are going to make the city a better place as opposed to purely serving industrial traffic. That commitment has continued to play out and that’s pretty exciting to see. It’s one of those amenities that when you have it, you can’t imagine the city without it.” 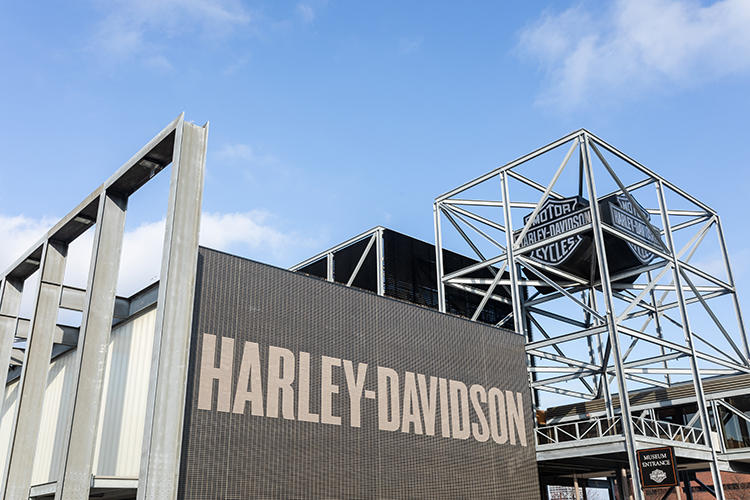 Background: Opened in 2008, the museum gives one of Milwaukee’s signature companies a venue to highlight its past through interactive exhibits and showcase hundreds of classic and custom motorcycles.

Zell: “The museum stands at a point where industry and the city are coming together, at the intersection where the Menomonee Valley is hitting downtown. It speaks to the transition from industry to the retail/commercial hub of the city. It does a very good job, both iconically as a building and programmatically at Harley, of bringing all these environments together and bringing all these people together.” 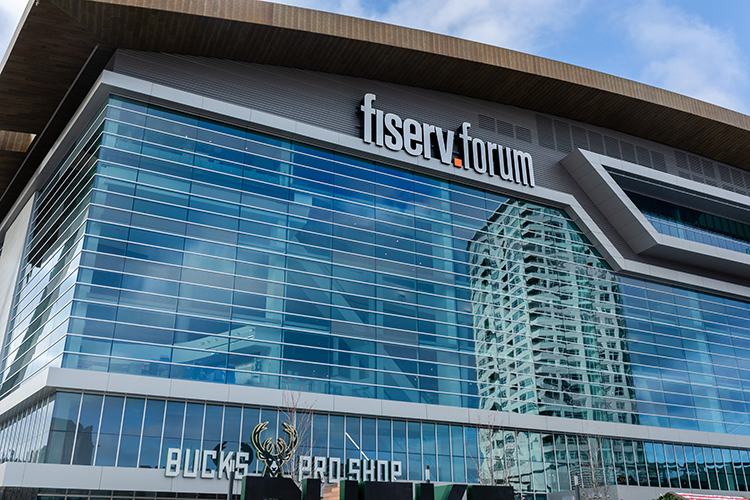 Background: Opened in 2018 as the new home of the NBA’s Milwaukee Bucks, the arena will also host the 2020 Democratic National Convention. Replaced the Bradley Center. Fiserv is the center of the burgeoning Deer District, which planners hope turns into a retail, entertainment and residential hub.

Reynolds: “Its form, its shape is a thing that’s been prominent in architecture in the last 30 years, something called the continuous surface, or the single surface, where the floor turns into the wall, turns into the ceiling. But I think where it really shines is in the interior. The experience is pretty dramatic – everything is open, you can see into the court from all different angles and there are number of different things for people to do in addition to watching a game or a show.

UWM’s School of Architecture and Urban Planning is in the midst of celebrating five decades of education, research and community engagement.

What was first known as the School of Architecture opened in 1969, with the Department of Urban Planning launching five years later. The school features Wisconsin’s only accredited architecture program. The curriculum now also includes a certificate in geographic information systems as well as concentrations including real estate development, ecological design and preservation studies.

Special events marking the milestone year included a kickoff event in September and an alumni exhibit during the fall semester. The festivities culminate with an anniversary weekend beginning April 16 that includes lectures, faculty-led tours and student organization reunions before finishing with a celebration dinner on April 18.