Home » Past Events » How Local Was the Local Paper? News Syndicates and Newspaper Chains, 1900-1940

Looking backwards from our own era of struggling American newspapers, the first half of the twentieth century may appear to have been an era of thriving local journalism. But during those decades, much of the local papers’ content was actually written, designed, and printed elsewhere. Around the turn of the century, syndicates began selling the same articles, features, and illustrations to dozens or even hundreds of different papers around the country. Meanwhile publishers like William Randolph Hearst and E. W. Scripps built national chains, which shared reports and features among themselves. By the 1920s, much of what Americans read in their local papers had either been bought or sold on the national news market—though newspapers tried not to let readers know this. This talk will explore the hidden history of syndicated content, and consider what readers gained and lost as it came to dominate the news landscape. Using Milwaukee’s own newspaper history, Guarneri will assess the impact of standardized news on city life and local culture. 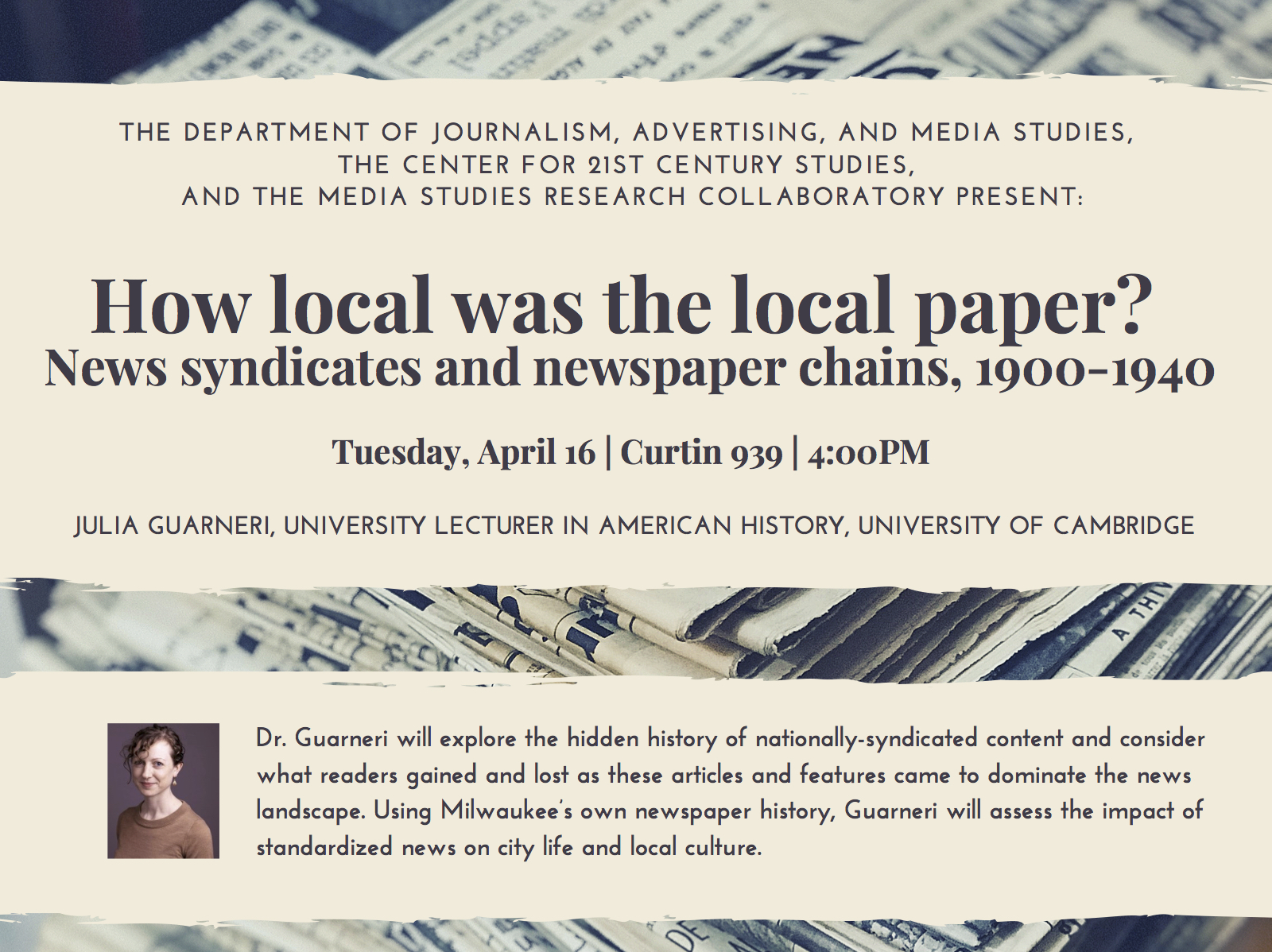