Read more about the Fellows and their research below, excerpted from the 2020 Graduate Student Fellowship Celebration. 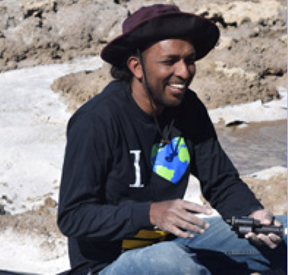 “A DDF is a great honor and a fantastic opportunity to invest my effort to expand my research at the highest quality level possible.”

Gayantha studies the origin and evolution of evaporites and associated lake sediments in two ancient lakes in southern California. He applies knowledge gained from these studies to develop an integrated approach for identifying and characterizing similar environments on Mars using remote sensing data. Gayantha’s dream of studying the geology of other planetary objects—especially Mars and the moon—began during his undergraduate studies in geology and continued through two master’s degrees before he arrived at UWM. 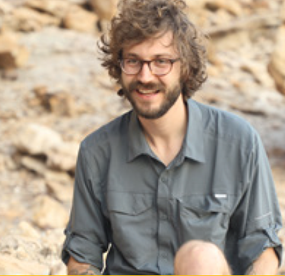 “The award will assist me with funding to cover my expenses and also will make more time available to focus on my research.”

Eduardo studies the sedimentation, stratigraphy, and paleogeography of the Late Paleozoic Ice Age in west-central Brazil and northwestern Namibia. Studying the rocks generated by glaciers about 300 million years ago in these regions will allow him to reconstruct the paleoenvironments and paleoclimates during the glaciation. “This field of study gives me opportunity to better understand the Earth’s past,” Eduardo says. He first conducted geosciences research as an undergraduate in Brazil. 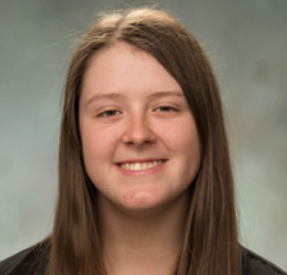 “This award will give me the time to decide what I would like to do in the future and make plans to complete that.”

Kayla’s research begins with sample and data collection in shear zones, which feature highly deformed rocks compared to the surrounding area. Then, laboratory analysis can include petrographic microscopy. Shining light through a thin sample of rock (about .03 millimeters), the microscope interprets light patterns to identify mineral composition, which may shed light on the history of the area. Kayla says she embraces the challenges of geology research. “I thrive in the unknown and am very curious to learn more and find answers.” 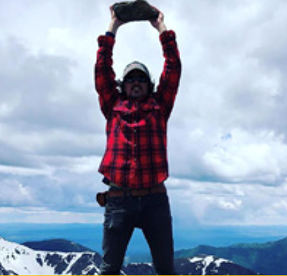 “The AOP Fellowship provides invaluable resources toward my educational goals of competent and thorough geoscience research.”

One geology class at a community college was all it took to ignite Eric’s passion for earth science and science education, and reveal his career path. His research examines structural geology and plate tectonics, with an emphasis on shear zones at ancient tectonic margins and mountain belts in southwestern Spain. As an undergraduate, he worked as a tutor and mentor, facilitated online learning programs, volunteered at Science Olympiad, and was a student representative in Washington, DC for the Geological Society of America. 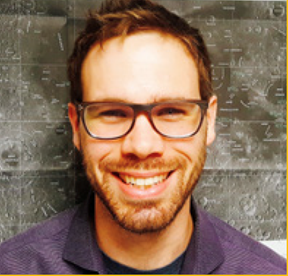 “Awards such as these instill pride and accomplishment to students in pursuit of an advance degree.”

To better understand the very early Martian surface—which evidence suggests included warm, wet environments, including hot springs—Jordan conducts fine-scale chemical and mineral analyses of similar environments on Earth: the hot springs, geysers, and steam vents of Iceland. Enrolling in Geology 100 as a freshman at UWM soon revealed to Jordan an exciting field of study and career path. He says asking questions and conducting studies about the Earth and other planets “is a fulfilling privilege that I never grow tired of.”