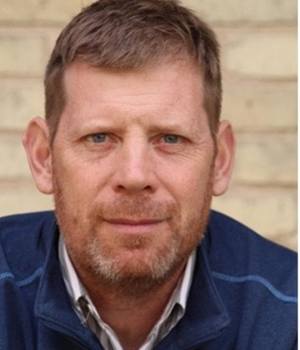 Dan Egan is the Brico Fund Journalist in Residence at the Center for Water Policy in the University of Wisconsin-Milwaukee's School of Freshwater Sciences. Egan is an environmental journalist and author of the “Death and Life of the Great Lakes.” Egan was a reporter with the Milwaukee Journal Sentinel, covering the Great Lakes from 2002 until 2021. He has twice been a finalist for the Pulitzer Prize, and he has won the Alfred I. duPont–Columbia University Award, John B. Oakes Award, AAAS Kavli Science Journalism Award, and J. Anthony Lukas Work-in-Progress Award. Egan is a graduate of the University of Michigan and the Columbia School of Journalism.

A native of Green Bay, Wisconsin, he grew to love Lake Michigan by spending summer weekends and vacations on the Door Peninsula, where both sets of his grandparents had summer homes. After graduating from the University of Michigan with a degree in history in 1989, Egan moved out West and worked as an assistant park historian at Yellowstone National Park. In 1992 he began his newspaper career at the Idaho Mountain Express in Sun Valley Idaho. From there he moved on to newspapers in Idaho Falls, Idaho and Salt Lake City, Utah. During his decade out West Egan covered a range of environmental issues, including efforts to restore threatened and endangered species like wolves, salmon and grizzly bears. He also covered the Alpine skiing for the Salt Lake Tribune during the 2002 Winter Games. Egan moved back to Wisconsin in 2002, and lives with his wife and four children in the Milwaukee suburb of Whitefish Bay.