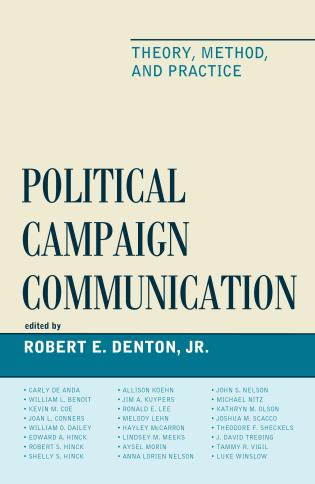 In a chapter titled, “The Refutational Power of Ad personam and Tu Quoque. Attacks in Advancing Trump’s “Change” Counter-Narrative During the 2016 General Election Presidential Debates”, Dr. Olson discusses Donald Trump’s use of personal attacks and “you did it too” arguments in the 2016 debates advanced his counter-narrative for change. The results which contributed not only to electoral victory but also to a re-drawing of the boundaries of what is acceptable and persuasive in public argument.