J. Val Klump, former dean and a professor emeritus of the School of Freshwater Sciences at UW-Milwaukee, recently received the Lifetime Achievement Award from the International Association for Great Lakes Research, the association’s highest accolade. Klump is known for his pioneering work on Great Lakes biogeochemistry, with a focus on how nutrients and carbon are cycled in lakes.

“This is a terrific and unexpected honor,” Klump said upon receiving the award. “It’s a Lifetime Achievement Award, but I have to say it’s not just my lifetime that led to this. It’s the lifetimes of lots of people.” He went on to acknowledge the countless friends, colleagues, students, and the staff at the university, where he started his career in 1980.

Klump’s research has taken him on, around and into the lakes he has studied. He was the first person to reach the deepest points of both Lake Superior and Lake Michigan aboard a research submersible in the mid ’80s. And he was on the first team of western scientists to visit eastern Siberia and circumnavigate Lake Baikal, the world’s deepest and oldest lake.

In addition to Klump’s research contributions and career-long use of innovative technologies, colleagues note his commitment to educating future Great Lakes research, management and policy leaders. Klump played a leading role in transforming the former UW-Milwaukee Great Lakes WATER Institute into the School of Freshwater Sciences, with an annual enrollment of more than 50 graduate students.

The Lifetime Achievement Award recognizes important and continued contributions to Great Lakes research over a period of 20 years or more. 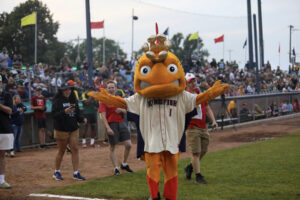