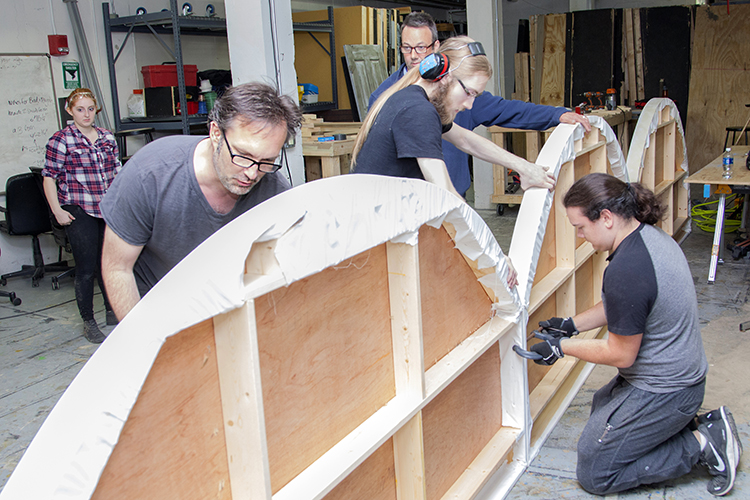 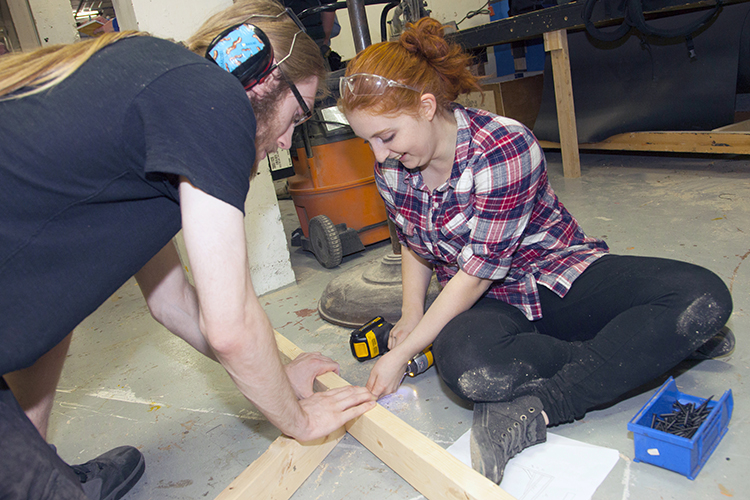 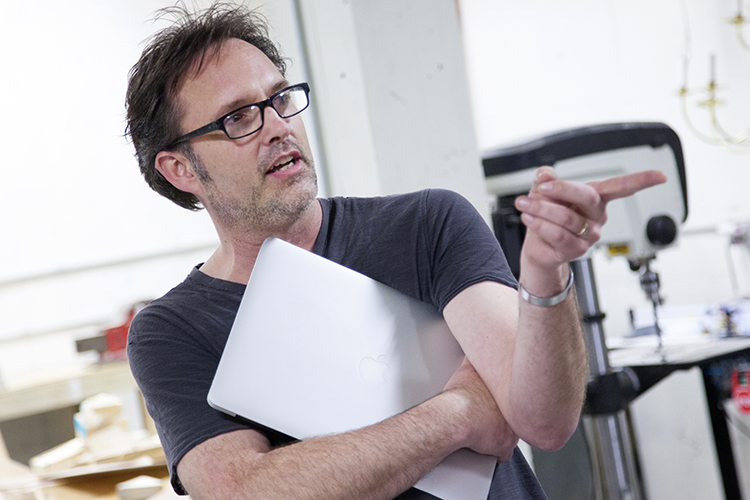 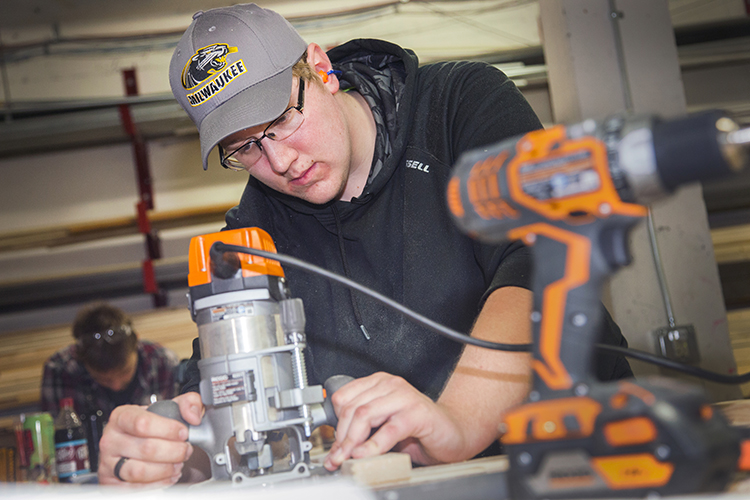 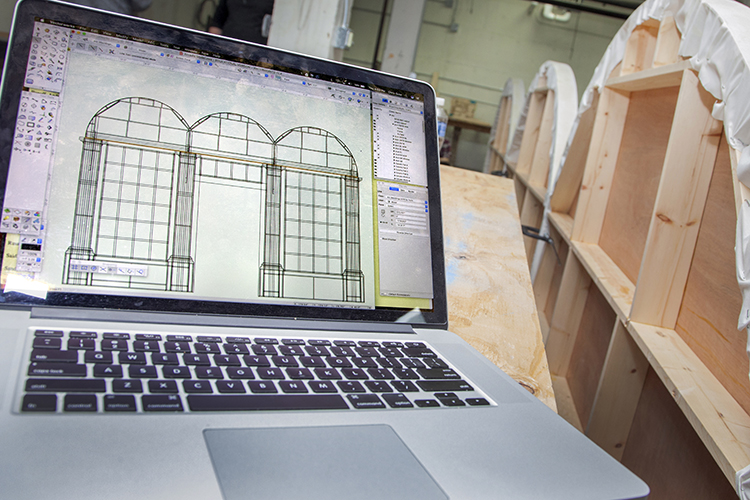 The plans for the “Arcadia” set are shown on a laptop computer at Shorewood High School. (UWM Photo/Pete Amland) 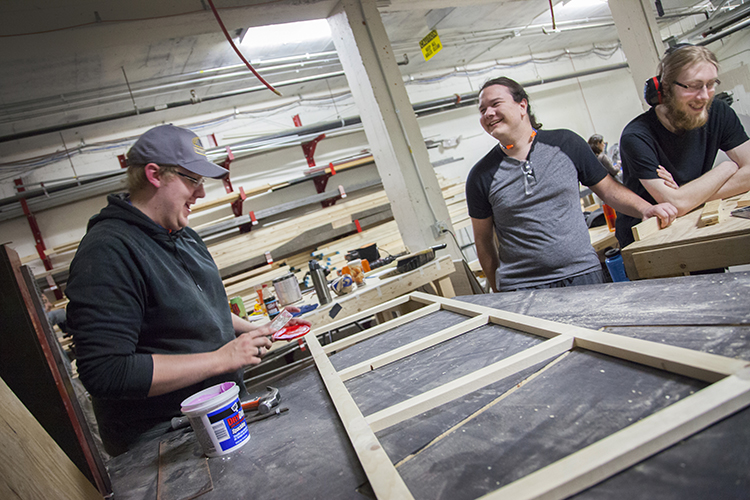 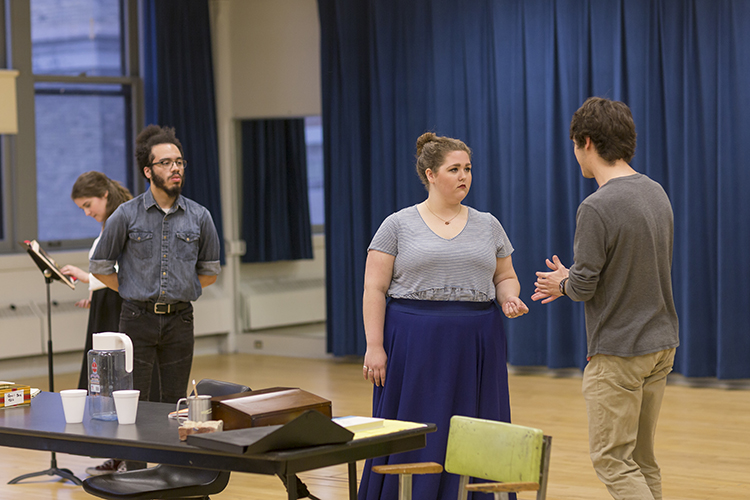 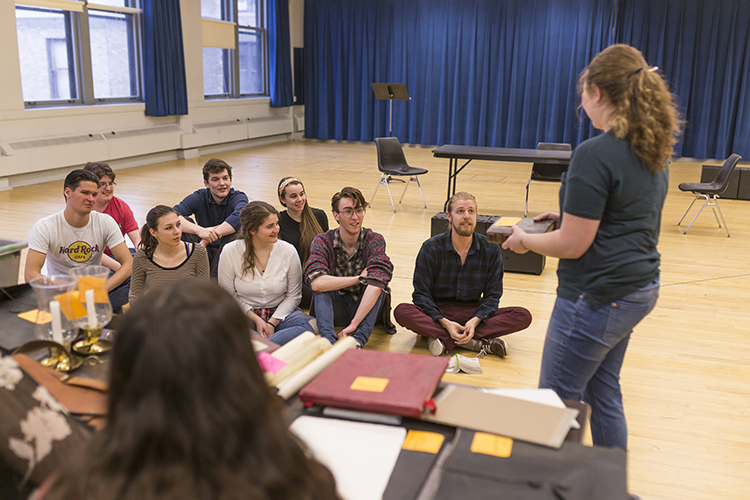 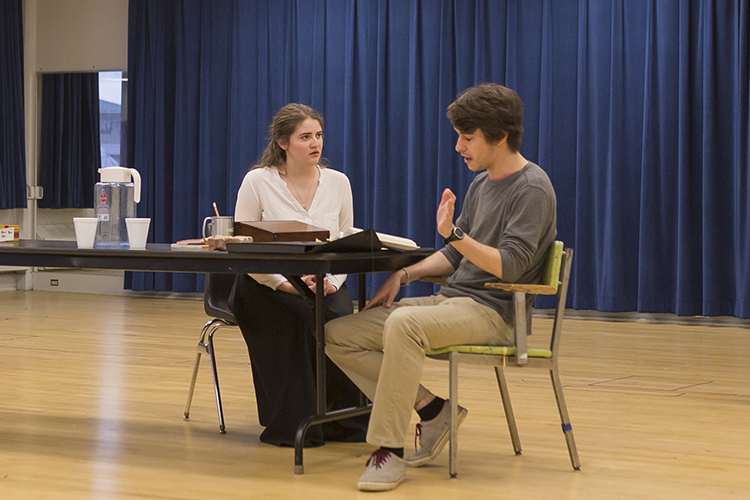 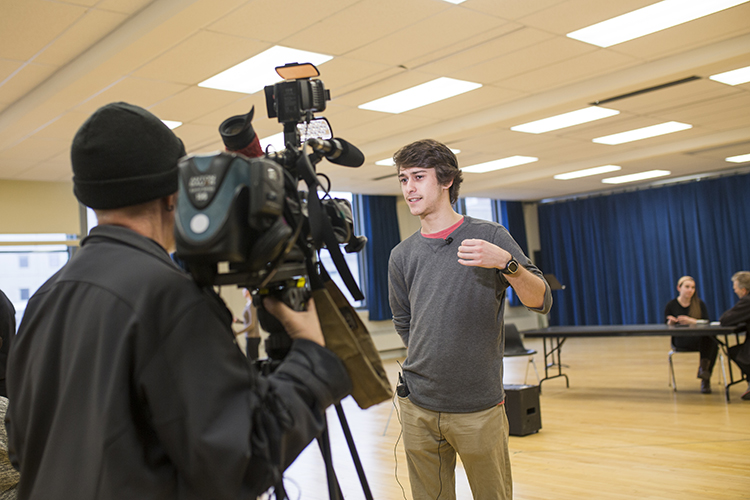 The fire that struck UWM’s theater building two weeks ago has become a master class in resilience.

Coming just weeks before the May 3 opening of the play “Arcadia,” the fire forced theater students and faculty to adapt quickly. The set was destroyed, so it had to be redesigned and rebuilt. The cast – which never skipped a rehearsal – had to adjust to a new set and stage.

Assistant professor of theater Christopher Guse, Arcadia’s technical director, is impressed with how quickly the set came together at Shorewood High School, which offered the use of its facilities.

“When we redesigned the show, we went for something that was manageable in a short time frame,” Guse said. “And these guys were out of control the last few days. Terrific work, really speedy and really efficient.”

And in less than two weeks, the set was ready to be moved to the Stiemke Studio at the Milwaukee Repertory Theater. The set was moved Friday afternoon, April 21, to the Kenilworth building for painting, and then to the Rep.

“The hardest part of the experience as the first few days when we saw the destruction but weren’t able to do anything about it,” Dean said. “That first Monday (April 10) I thought, I have tools in my basement, I’ll set up in my garage and we’ll start building scenery.

“There’s always been a resolute attitude about this.”

Amid the enthusiasm and determination, there is still grief at the loss of a “home away from home.”

“We spend more time in that building that we do at our houses,” said Ben Lisowski, a member of the scene crew. “We used to have a green room, and studio spaces, and now there’s nothing.

“I know people who’ve had a half hour to spare and they’ve just walked around campus, because they don’t know what to do with themselves.

Junior Brooke Olson, stage manager for “Arcadia,” felt a sense of loss of the Mainstage Theatre.

“There were a lot of tears,” Olson said. “That was where met all my friends, that’s where I learned my craft. It was where I was ready to stage manage my first show on the mainstage, and it was gone.”

The actors were spared disruption since their rehearsals were being held in Mitchell Hall.

“It was reassuring that even though we’d lost our shop, we could still do our craft,” Olson said. “And when we heard we were moving to the Rep – oh my God!”

While students are still absorbing the experience, there’s already a recognition that this is a special time in their academic careers.

Lisowski and fellow crew member sophomore Ben de Guzman wryly noted one benefit of the experience. At a class on career preparation, students were given a short list of the most important interview questions.

“I really don’t want anything that can top this,” de Guzman added with a chuckle.

Art and music buildings almost back to normal

The theater building was the most heavily damaged and won’t reopen until fall.

The music building practically back to functioning as educational facilities, though a few areas continue to be put back in full order.

The Recital Hall is open and had its first event with Piano Arts and Hartford School Friday morning.

Floors 3 and 4 of the art building will be active once again with classes Monday, April 24.

Floors 1, 2 and the basement of the art building are targeted to open for the end of the week.

The theater lobby will be painted and open for the Wisconsin School Music Association Solo and Ensemble State Competition on April 29.