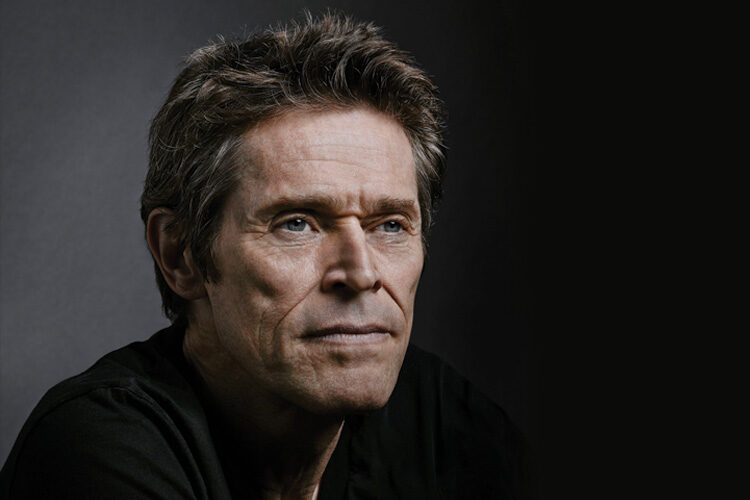 Academy Award nominated actor Willem Dafoe will return to his alma mater May 22 to receive an honorary Doctor of Arts degree and be the featured speaker at UWM’s two commencement ceremonies.

Academy Award nominated actor Willem Dafoe will return to his alma mater, the University of Wisconsin-Milwaukee, on Sunday, May 22, to receive an honorary Doctor of Arts degree and be the featured speaker at the university’s two commencement ceremonies.

Dafoe will speak at both the 9 a.m. and 2 p.m. ceremonies, taking place at the UWM Panther Arena, 400 W. Kilbourn Avenue. He will receive his honorary degree at the afternoon ceremony, which includes the Peck School of the Arts.

“We are thrilled to have Willem Dafoe return to UWM,” said UWM Chancellor Mark Mone. “He is one of the most accomplished and gifted actors of our time and a great example for our students and graduates about how passion, determination and hard work result in success.”

Dafoe attended the University of Wisconsin-Milwaukee in 1973 and 1974 before leaving to become part of Theatre X, which started as a faculty-student workshop and then became an independent experimental theater company. Some of his first acting work came on UWM stages, when he appeared in Jean Racine’s “Phaedra” and Eugene O’Neill’s “A Moon for the Misbegotten.”

“My time at the University of Wisconsin-Milwaukee was a very formative and positive experience,” said Dafoe. “I was young and very unsophisticated, but eager to train and perform. I was totally involved and spent most nights on a couch in the theatre because I was always working and studying and didn’t want to go home.”

Having made well over 100 films in his legendary career, Dafoe is internationally respected for bringing versatility, boldness and dare to some of the most iconic films of our time. In 1979, he was given a role in Michael’s Cimino’s “Heaven’s Gate,” from which he was fired. Since then, he has collaborated with directors who represent a virtual encyclopedia of modern cinema: Hector Babenco, Kathryn Bigelow, Kenneth Branagh, Anton Corbijn, Scott Cooper, David Cronenberg, William Friedkin, Mary Harron, Werner Herzog, Spike Lee, David Lynch, Anthony Minghella, Phillip Noyce, Alan Parker, Sam Raimi, Dee Rees, Robert Rodriguez, Paul Schrader, Martin Scorsese, Zack Snyder, Lars von Trier, James Wan, Wim Wenders and Zhang Yimou. He and his wife, director Giada Colagrande, have made three films together: “Padre,” “A Woman” and “Before It Had A Name.” In 2020, The New York Times named him one of the 25 greatest actors of the 21st century.

Dafoe has been recognized with four Academy Award nominations: Best Actor in a Supporting Role for Oliver Stone’s “Platoon,” E. Elias Merhige’s “Shadow of the Vampire,” Sean Baker’s “The Florida Project” as well as Best Leading Actor for Julian Schnabel’s “At Eternity’s Gate.”

Current and upcoming projects include Robert Eggers’ “The Northman,” Vasilis Katsoupis’ “Inside,” Walter Hill’s “Dead for a Dollar” and Yorgos Lanthimos’ “Poor Things.”