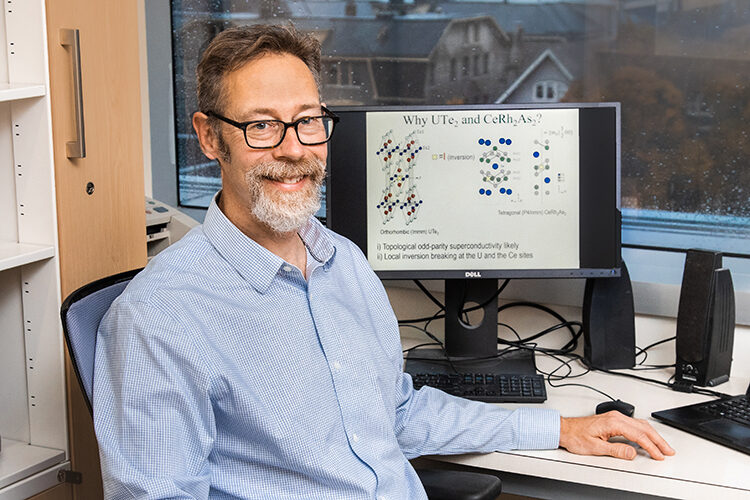 In the nanoscale world, chemical, electrical and optical processes occur among relatively small numbers of atoms. And these processes, which are too small to be seen, behave according to “quantum mechanics,” a different set of governing rules than bulk materials – those at human-scale.

Those atomic behaviors could have a host of uses in the human-scale world. That’s why scientists are so interested in materials called superconductors, which are bulk materials that display some quantum behaviors. However, most of them will become superconductive only at very low temperatures – typically around minus 350 degrees Fahrenheit.

In superconductors, electrons flow freely without any resistance that is found in other bulk materials that conduct electricity. This could lead not only to dramatic improvements in energy efficiency in the electrical grid, but also produce next-generation computers – quantum computers – that can store much more information than current computers.

Two teams of scientists, both of which included UWM professor of physics Daniel Agterberg, have published papers in the journal Science on the behaviors of two new superconducting materials, UTe2, and CeRh2As2.

Agterberg, recently talked about the research and its importance.

Tell us a little more about quantum physics as it relates to superconductors.

We’ve probably all heard that electrons can behave like either particles or waves, right? Quantum mechanics usually emphasizes the wave aspect. So, you can imagine electrons as oscillating in space and time. We call that their “wave functions.”

In the context of superconductivity, electrons pair up to make two-electron molecules. We’re interested in the wave functions of these molecular bound pairs.

Superconductors are so fascinating because they create these wave functions over an entire material, so we see manifestations of quantum mechanics in the human-scale world. This means you can get a different kind of behavior out of these types of materials.

Superconductors aren’t widely used, relatively speaking. Why is that and where are they currently used?

Because superconductors conduct electricity perfectly, you’d most likely use a superconductor in power cables. And there are some places where they’ve replaced high-density copper wires with superconducting cables.The downside is, of course, you have to cool them. So, whenever you make the wire, you need some kind of cooling sheath around it to make sure they stay very cold. It’s not cheap, and so you won’t see them everywhere.

Perfect conduction is also useful for making magnetic fields. Superconductors are used this way in MRI machines and submarine motors. They’re also used as filters of electromagnetic fields, used by base stations for cell phones.

How do superconductors benefit quantum computing?

A quantum computer uses the properties of quantum physics to store information and perform computation. Conventional computers store information on a bit. And that bit has only two states – zero or one. In a quantum computer, you can have any combination of zero and one. And so there’s an infinite amount of memory in a quantum bit, or qubit. The phase of the superconductive wave plays a role in that.

What is so special about these two new superconductors you studied?

The “S” wave function is the simplest, most symmetric molecule you can make from two electrons binding together. But in the two papers we have just published, we found that UTe2 and CeRh2As2exhibit a different kind of wave function, called a “P” wave.

And, on the boundaries of these materials, you have low energy states that can conduct more than what’s on the inside of the material. These states on “the edge” could be manipulated to become the qubits needed for a new class of quantum computer.

Why can’t quantum computing be achieved with an “S” wave superconductor?

What has been your role in this research work?

My side of things is really about the fundamental understanding of superconductors themselves. I investigate what kinds of superconductors we can make and then what properties they have that would be different than properties that we already know about. The experiments that my collaborators have done show that the “P” wave happens. And my contribution was to show how the theory explains how it happens.

What’s the next step for the groups that you’ve been working with on these two papers?

One clear next step is to verify that our explanations of the properties we found are right. What we need to understand now is why do we get those “P” wave superconductors? What is the origin of them? If we can understand them better, we can learn how to make more of them. 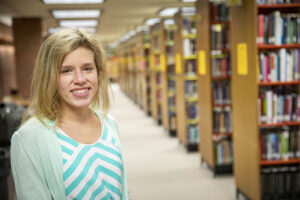 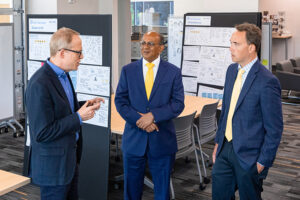