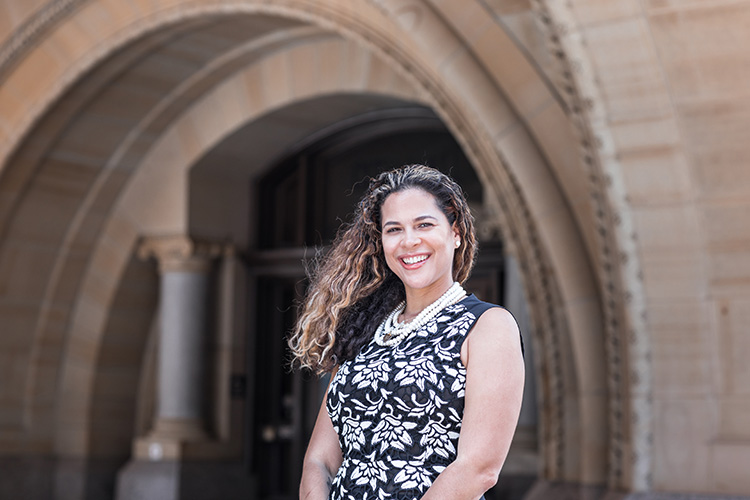 Moving back to Milwaukee to become commissioner of health was not in Jeanette Kowalik’s plans 18 months ago. Although serving her hometown as health commissioner was in her long-term goals, she was living and working in Washington, D.C., and had just signed a lease on a new home.

Then in January of 2018, Bevan Baker, former Milwaukee commissioner of health, resigned following charges the department failed to follow up with the families of lead-poisoned children. Almost immediately, friends and community members began urging Kowalik, a Milwaukee native and UWM alumna, to apply for the job.

Kowalik decided to return in spite of the possible short-term nature of the job – Milwaukee Mayor Tom Barrett, who would be her boss, is up for re-election in spring of 2020.

“I’m a big believer in opportunity. When it comes you just have to get it together and make it happen. I have always wanted to be the health commissioner of my hometown, though I knew things were not good there.”

Barrett appointed her Milwaukee’s health commissioner, and she was unanimously confirmed by the Common Council in September 2018.

Finding a career path in science

Kowalik brings to the job some unique perspectives and experience. She was born in Milwaukee to a first-generation Polish immigrant father and a fourth-generation African American mother. She grew up in Sherman Park and wanted to become an artist. However, when she discovered her dream of going to the Milwaukee Institute of Art and Design was financially out of reach, she enrolled at UWM.

“My first semester I was really soul searching, then my advisor looked at my ACT scores and suggested finding a path in the sciences.”

She first tried clinical laboratory science, but it wasn’t a good fit. “I loved the science of it, but I thought it was extremely boring. I did not want to be in a lab all day, every day. I like to be out and about and social. I was one of those kids who had good grades, but there was always a note on the report card, saying ‘she talks too much.’”

Her advisor and mentor, Rene Gratz (now a professor emerita of health sciences), suggested a course in health care management that included rotations through a number of health-related areas.

The section on epidemiology set Kowalik on her future career path. “We watched the movie ‘And the Band Played On,’ which was about the HIV/AIDS epidemic. I fell in love and decided I wanted to do public health as a career.”

With the help of another mentor, Mary K. Madsen, now a professor emerita, Kowalik became a Ronald McNair scholar – “My project focused on infant mortality,” she recalls, an issue that has become a key focus in her public health career.

A senior year internship at the Milwaukee Health Department eventually led to a job there, while she worked on a master’s degree in public health at Northern Illinois University. She went on to work at the Wauwatosa Health Department, the Boys & Girls Clubs of Greater Milwaukee, the University of Wisconsin-Madison’s University Health Services and the Chicago Department of Public Health, all leading to a position as an associate director at the Association of Maternal & Child Health Programs in Washington, D.C.

Her journey was not always easy. A traumatic rollover accident and the stress of commuting to Illinois nearly derailed her plans for a master’s degree. As a single parent, she struggled financially to provide for herself and her son.

“My dad used to say, ‘you need to slow down,’ but I didn’t have the luxury of taking it easy. I told him ‘I’m doing this to get out of poverty, for the future, for the legacy of our family. I’m just so driven to do this.’”

“If it wasn’t for UWM, I wouldn’t be in this role right now”

She eventually earned her doctorate in health sciences at UWM. The School of Public Health had not yet been established, but her experiences at UWM helped prepare her for the next steps in a public health career. “I liked the quality of the program and the instructors. If it wasn’t for UWM, I wouldn’t be in this role right now.”

Her first months on the job at the Milwaukee Health Department have been focused on resolving management issues and dealing with problems she inherited.

“To succeed in this job, you have to be resilient, have hope and not be afraid of making tough decisions.”

Barrett praised her commitment: “Commissioner Kowalik is an innovator who is committed to making Milwaukee a healthier community. Her depth of knowledge is a huge asset. On top of that, her accessibility and outreach efforts set her apart as an ideal health commissioner for Milwaukee.”

She’s grateful, she says, for the support of the mayor, the Common Council and the professional and nonprofit community. One of the goals she’s accomplished this summer is the establishment of a Board of Health that could help guide the department. Other goals she’s working on include filling vacancies, retaining staff, workforce development and developing closer relations with the UWM Zilber School of Public Health.

In the longer term, she says, the Health Department has to tackle the broader issues affecting Milwaukee such as mental health, violence prevention, lead and infant mortality.

“We have people in this community who are at a disadvantage just by being born and living in certain ZIP codes.”

With her own background, she understands the role race plays in the social determinants of health.

“Being black and Polish, I’ve experienced a lot of forms of that (racism) through my family and just through my life experiences. My biggest observation is how racism is discussed and acknowledged now, but the next step is we have to do something about it.”

Kowalik says she’s not worried about the possible short-term nature of her job.

“If it’s one year and seven months, I’m going to do the job as best I can. If it’s longer than that, that’s great. I just want to do the best I can while I can.” 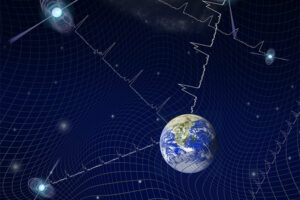 Science & Technology
The telltale sign of violent events in space