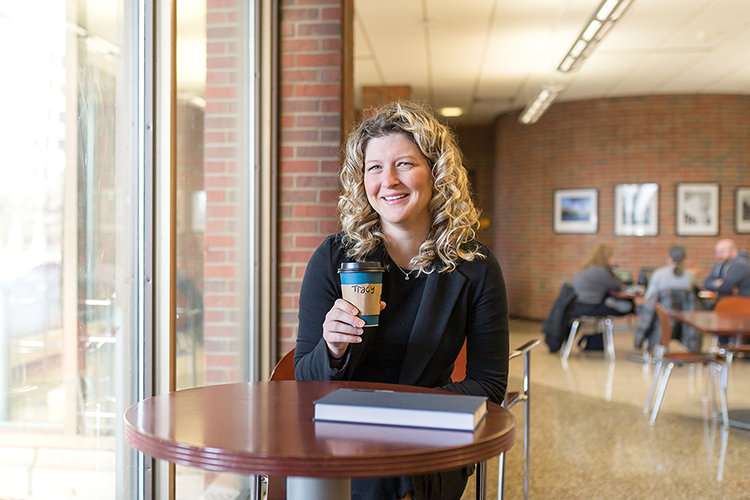 Tracy Rank-Christman, assistant professor of business at UWM, has conducted research on what happens when businesses try the personal approach with customers. (UWM Photo/Elora Hennesey)

Of course, retailers and service providers are using personalization hoping it will pay off with increased sales. But there is practically no research on this – or what happens when employees get their customers’ names wrong.

In a recent paper in the Journal of Consumer Psychology, Tracy Rank-Christman, an assistant professor in the Lubar School of Business, reports the results of three studies that she and collaborators conducted on the fallout from marketplace misidentification.

How did you collect data and what did you find?

We found that offering consumers personalized service can result in the customers’ positive, “approach” behavior toward the product. For instance, in one study, when their correct name was used it increased the likelihood that the customer may buy again in the future.

However, in three studies, we found that personalization attempts can also backfire. When misidentified in the marketplace, we found that consumers displayed avoidance behaviors such as a decreased likelihood of future purchases.

In fact, we found that the approach and avoidance behavior also extended to physical proximity. When participants received a cup with the wrong name on it, they would place it further from themselves on the table.

Those who didn’t get a name on their cup reacted somewhere in between.

What is driving these customer reactions?

In one experiment, we found that the underlying mechanism had to do with feelings of respect. Misidentified consumers felt less respected, whereas those who were identified correctly felt more respected.

How did you get started on this research topic?

Exploring this topic grew out of the experiences my co-authors and I’ve had. For instance, while earning my Ph.D., I’d stop at a place like Starbucks in the morning to get coffee. I was surprised by how often the barista would get people’s names wrong during a service encounter. At times, my name would appear slightly off, but other times it was extremely incorrect.

How much research has been done on this topic?

While names have been explored in psychology, there has not been much in marketing with consumer names. For instance, psychology research on names suggests that men tend to favor their last names and women their first. In addition, according to the “name-letter effect,” people prefer objects, products or places that contain aspects of their own name.

Which consumers are most likely to be impacted by marketplace misidentification?

Is there any way to remedy the situation after the offense?

Self-affirmation reduces the effect. According to the literature, self-affirmations act as a buffer against threatening feelings, such as marketplace misidentification. In one study, we demonstrate that when consumers with fragile egos focused on things in their life that they valued prior to being misidentified, they ended up being less threatened by it. In line with past research, we find that consumers with fragile egos will approach the misidentifying product if they had been self-affirmed prior to seeing it.

Past research shows that one way consumers may self-affirm is by purchasing products that they find aesthetically pleasing. While using a strategy like this is one way that companies can avoid the negative effects that result from marketplace misidentification, prevention is an alternative solution. Business owners might consider using frequent shopper cards so that consumers’ names are transferred correctly from their account to their product.