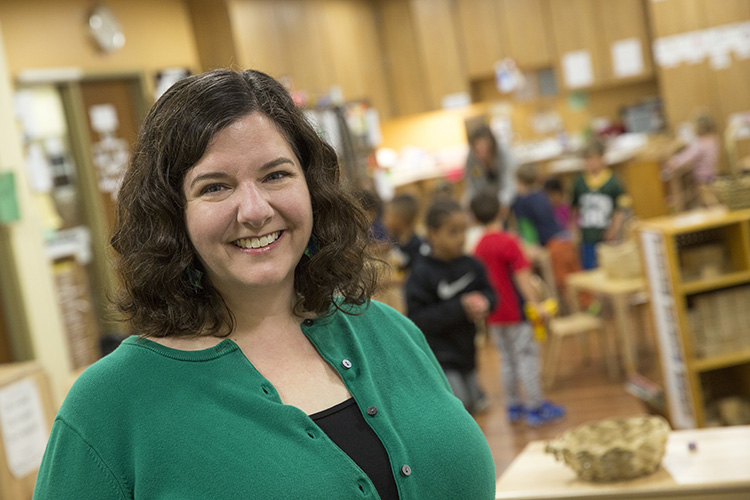 Recent protests against police brutality and racial inequality may raise questions among children about racism in America. In this UWM Report story, originally posted on Feb. 9, 2018, associate professor Erin Winkler offers advice about how to talk to children about race, guidance that may be relevant in light of current events.

“Adults often think they should avoid talking with young children about race or racism because doing so would cause them to notice race or make them racist. In fact, the opposite is true,” she recently wrote in a Buzzfeed post, “Here’s How to Raise Race-Conscious Children.”

How children perceive the world

“When I talk to adults, I encounter this general notion is that little kids are colorblind and don’t have biases,” she says. “Adults are frequently surprised that we see consistent biases in kids who are 3 to 5 years old. And they want to know why, because adults think you’re only biased if you are a bad person or are racist, and how can a young child be a racist or a bad person?”

“Little kids are trying to solve puzzles, see patterns and understand rules,” Winkler said. “And we’re teaching them to categorize and match things like shapes and colors at this age.”

“Parents of color have to be concerned about demoralizing their children with talk of systemic unfairness,” she says.  “White parents need to consider how to give kids a sense of responsibility, as opposed to guilt and shame.”

She points out that, in order to speak effectively about race, adults need to first get comfortable talking about race with other adults. That means exposing ourselves to challenges to our preconceptions and attitudes.

Winkler recognizes that it’s not easy to talk about something as fraught as race.

“Get rid of the guilt,” she advises. “It’s not your fault that you weren’t taught in schools about how systemic structures of racism have created many inequalities.

In her talks to adults, Winkler offers practical suggestions about how to talk to kids about race.

She suggests using the concept of fairness, which is clear and powerful to young children, but also to empower children to respond to unfairness.

Since the history of racism in America is so complex, Winkler says, it’s useful to give young children concrete activities as analogies to abstract concepts. One such activity is the “spiderweb,” in which children roam a room unravelling balls of string. When asked to roll their string back up, they see that untangling the string – like untangling unfairness – is not so easy, though it can be done with time.